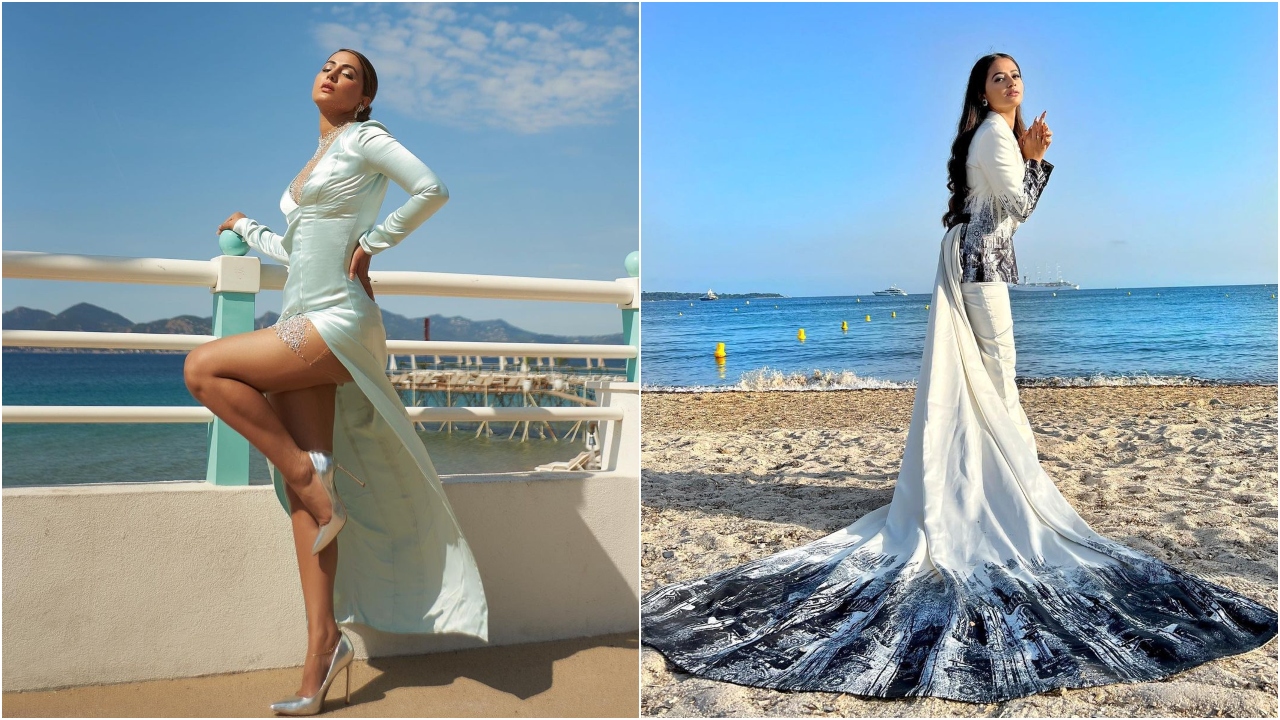 The 75th Cannes Film Festival 2022 is proving to be a treat for fashion enthusiasts. While many A-listers are attending to do, Hina Khan and Helly Shah are the ones who are grabbing eyeballs for all the right reasons. Helly made her Cannes debut this year whereas Hina returned to the film festival for the second time. Both the actresses started their careers with television and are now conquering the globe.

Hina, who launched the poster of her upcoming independent film titled Country of Blind, has been the centre of attention at this year's Cannes Film Festival. After impressing the fashion police with her risque and on-point attires, Hina yet again made heads turn in a blue outfit. In a new set of pictures, Hina slayed in a thigh slit powder blue dress which came with embellishments. She rounded her look off with silver heels and statement earrings.

On the other hand, Helly, who wowed everyone with her simple and elegant style, made many jaws drop by sharing some new pictures from French Riviera. In the new pictures, Helly can be seen wearing a printed pantsuit. A trail added drama to the lovely outfit. Helly launched the poster of her film Kaya Palat.

The true divas of the Cannes Film Festival 2022!