Kartik Aaryan visited the holy city of Varanasi, today. As per a source, it was Kartik’s mannat to visit the sacred spots if his film, Bhool Bhulaiyaa 2 had a successful release. He was accompanied by T-Series head honcho Bhushan Kumar. The young superstar had the crowds raving in the holy city as he visited the Kashi Vishwanath temple and then performed the Ganga aarti in the evening. He could also be seen taking blessings from the holy river of Ganga.

Now that he has exceeded all our expectations by delivering a reviving opening for the industry and becoming one of the biggest opening weekend of the year with a total weekend collection of 55.96 Cr, his mannat has been fulfilled and how. Meanwhile, the Day 1 collection alone was 14.11 Cr. which was the biggest from any Hindi film this year, beating other projects like Gangubai Kathiawadi, Jayeshbhai Jordaar, etc.

After paying a visit to the holy city, Kartik and Bhushan arrived back in the bay in the early hours of the morning. They were clicked at the airport by the paparazzi. 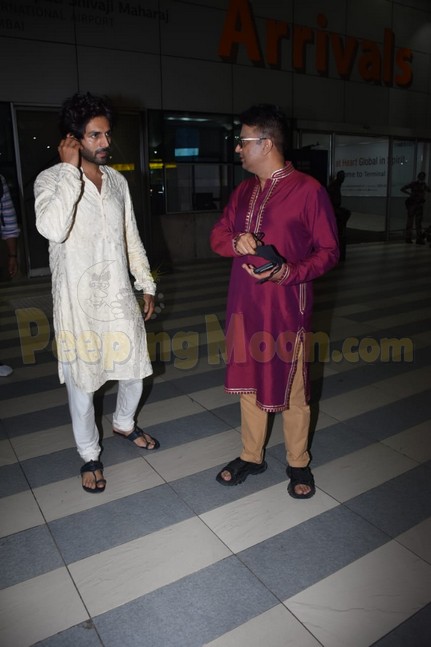 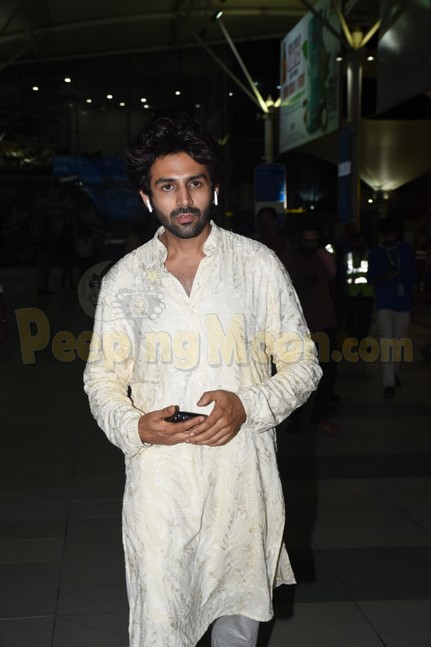 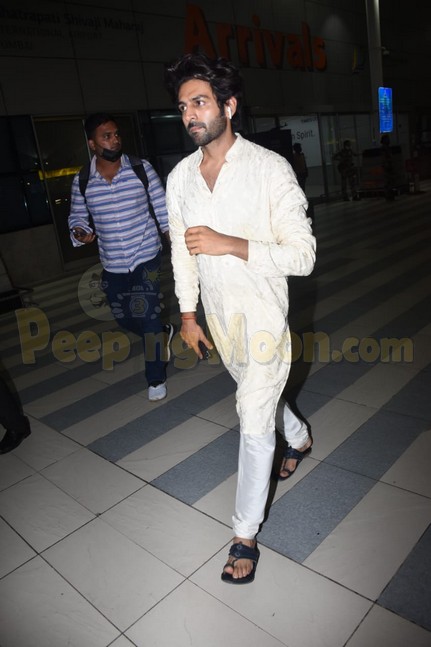 Kartik is currently being hailed as a superstar by many critics and the audience for delivering the blockbuster of the year and is all set to impress fans with more interesting projects in his lineup including Shehzada, Captain India, Freddy and Sajid Nadiadwala's untitled next.