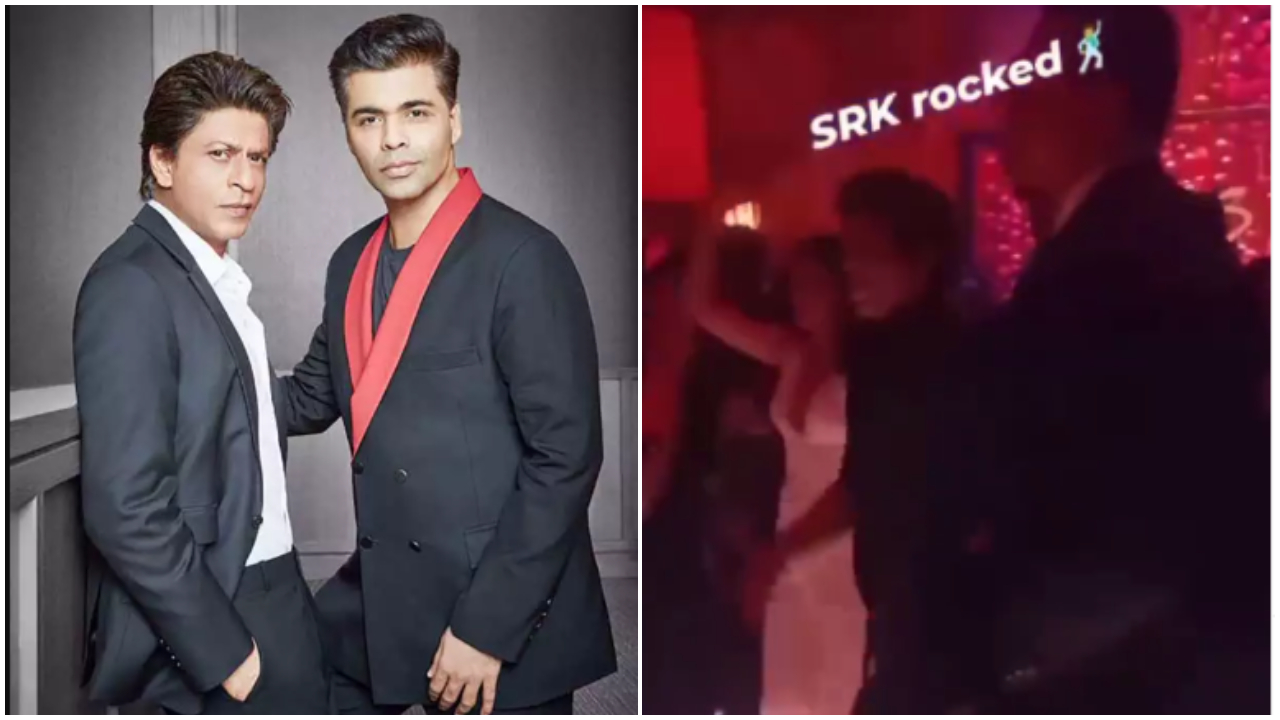 Karan Johar celebrated his 50th birthday last night with much pomp and fervour by hosting a star-studded bash at Yash Raj Studios. While the who’s who of Bollywood was clicked at the red carpet venue including Salman Khan, Aamir Khan, Kajol, Rani Mukerji and Shah Rukh Khan’s wife Gauri Khan and son Aryan Khan; the Badshah of Bollywood left paparazzi high-and-dry with no pictures, making people think that he gave the party a miss. However, now a video has surfaced online which shows the superstar being the life of his BFF’s birthday party.

In the video that is going viral on social media, SRK can be seen bringing his Rahul vibes on the dance floor as he grooves on Koi Mil Gaya from Kuch Kuch Hota Hai. In the video, we also get to see Navya Naveli Nanda and Maniesh Paul dancing with the actor.

Apparently, Shah Rukh made a private entry at the venue from a different gate in order to avoid getting clicked by the paparazzi. Reportedly, he had avoided getting clicked at Alia Bhatt and Ranbir Kapoor’s wedding reception as well.

Whatsoever is the case, KJo and SRK’s bond is what legends are made of!