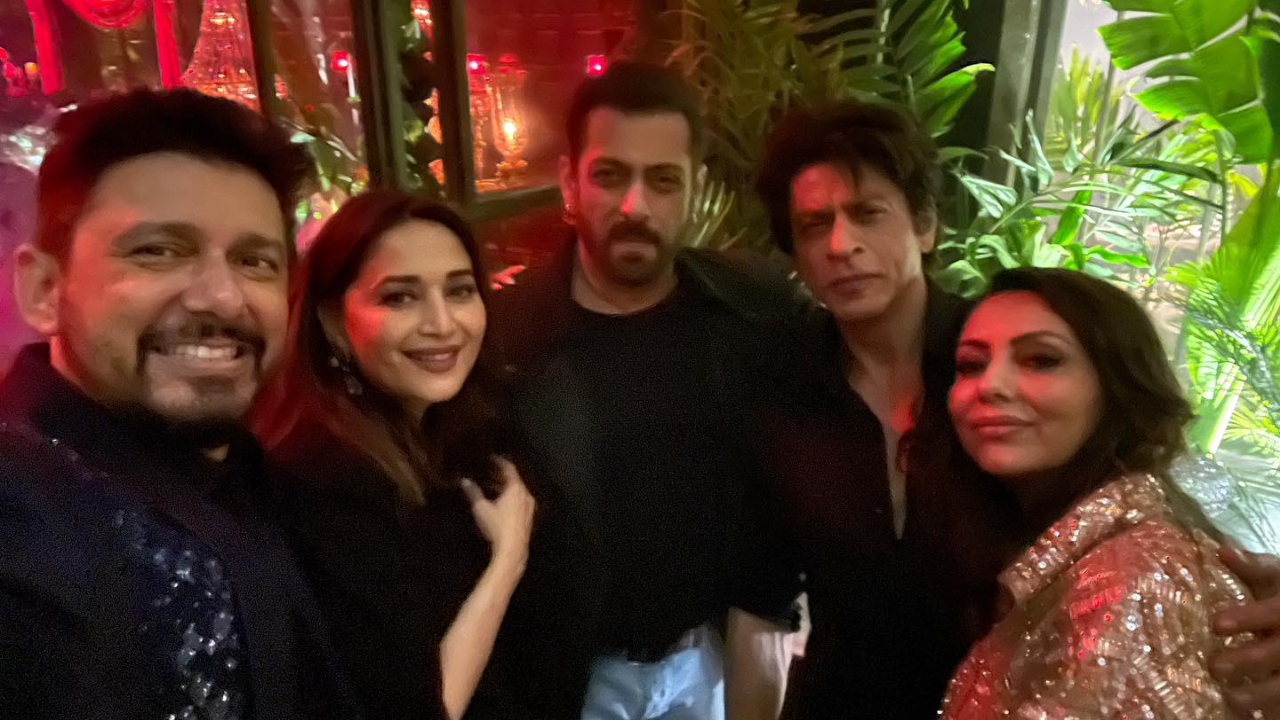 Karan Johar’s big bash for his 50th birthday at Yash Raj Studios saw all the A-listers of Bollywood descending on the red carpet for a night of camaraderie and revelry. Celebs did a lot of posing, gossiping and catching up with each other. Shah Rukh Khan along with wife Gauri Khan and son Aryan was also present at the bash and so was Salman Khan who made a dashing solo entry at the event. Now, Madhuri Dixit, who attended KJo’s birthday party with her husband Shriram Nene took to social media to share a selfie with Salman, SRK, Gauri and her husband.

Taking to social media, Madhuri shared the one-in-a-million picture and wrote, “So much to talk about, right? @drneneofficial @iamsrk @beingsalmankhan @gaurikhan.” Salman, SRK, Madhuri and Shriram all wore black outfits but Gauri brought in the bling in her golden ensemble.

The picture reminded fans of their film Hum Tumhare Hai Sanam, the 2002 film that had all the three actors in leading roles. The picture also gave fans a lot to talk about. One fan wrote, “All legends in one frame,” while another commented, “Ahhh the best pic ever." A third one wrote, "And this breaks the internet tonight!" Others were excited to see Salman and Shah Rukh in one frame. One wrote, "Salman and SRK," adding red heart emoji and heart-eyes emoji.