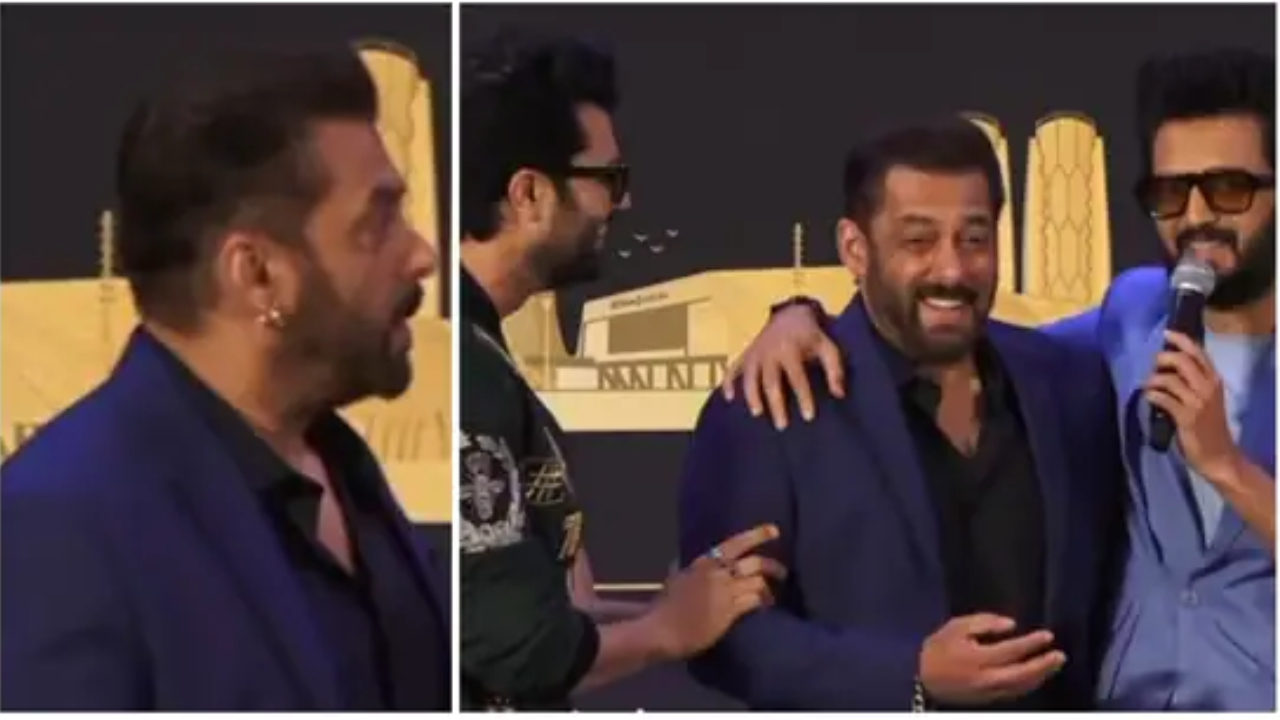 Salman Khan, Riteish Deshmukh are all set to excel at their hosting duties in Abu Dhabi for the International Indian Film Academy Awards (IIFA). Salman and Riteish will co-host the award show, while Maniesh Paul, Aparshakti Khurana and Farah Khan will also be taking on some hosting duties. However, during the press conference at the opening day of the IIFA weekends, there was some fun banter between the actors when Riteish pulled Salman’s leg and latter reacted with his trademark humour.

At the press con held yesterday, Salman, Riteish and Maniesh were joined by Shahid Kapoor, Tiger Shroff, Sara Ali Khan, Ananya Panday, Divya Khosla Kumar and Nora Fatehi. In a video shared by a paparazzo account, Maniesh can be heard complimenting Salman and saying that he is looking forward to ‘hosting’ as it’s extra fun when ‘bhaijaan’ Salman is around. However, not to back down, Riteish quipped and told Maniesh, “I just want to say, you are the best thing that happened to hosting. Period."

This comment was not lost on Salman who made a quip at this point and made everyone laugh out loud with his inaudible comment in the video. Riteish then pulled Salman’s leg and added, “Repeat...Maniesh, I have to tell you, you are the best thing that happened to hosting ever." Riteish’s compliment for Maniesh left Salman in shock who hosts the popular reality show Bigg Boss on TV and pointed at himself reminding the former that he is also in the reckoning. Riteish then walked up to the actor and apologized while Salman noted and said that he himself had forgotten that he also hosts sometimes.

IIFA 2022 is being held at Yas Island from June 2 to June. Several celebs have already arrived in Abu Dhabi. Abhishek Bachchan and Aishwarya Rai Bachchan are also scheduled to attend the award show where former will perform as well. Shahid, Tiger, Kartik Aaryan, Sara Ali Khan, Ananya Panday, Divya Khosla Kumar, Nora Fatehi and several others are also set to perform at the awards show this year.