SYL song is all about undivided Punjab, the 1984 anti-Sikh Riots and footage in the video highlighted the Sikh flag being hoisted at the Red Fort during the farmer agitation. The lyrics of the song included verses like, "Sanu Sada Pichokar the Lana de deo/Chandigarh Himachal te Haryana De deo/ Jina Chir Sanu sovereignty da rah in dinde/Una Chir Pani Chado, Tupka Nai dinde (Give us back our past and tribe. Give us Chandigarh, Haryana and Himachal. Forget about the water, we won’t even give a drop until you give us sovereignty).” 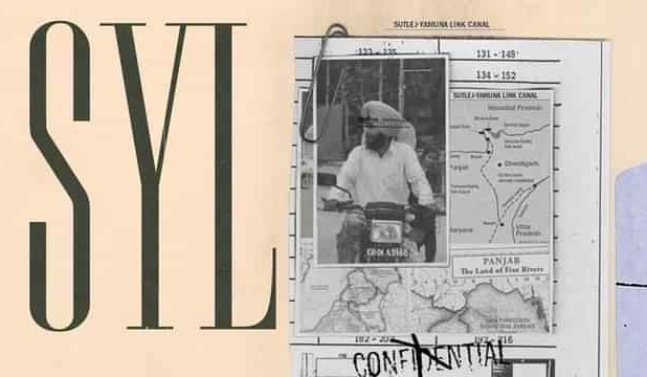 The core theme of Sidhu's SYL song is the Sutlej-Yamuna Link (SYL) canal which has remained at the centre of Punjab’s issues over the last half-century. Since its launch, the song had garnered 27 million views on YouTube and got 3.3 million likes. It is still available for audience outside India.

Sidhu was assassinated on May 29 in Punjab's Mansa district. He was 28 years old and is survived by his parents.