Advertisement
HomeBOLLYWOODENTERTAINMENT NEWSShamshera song Ji Huzoor: Ranbir Kapoor shows his rebellious streak from the film in the upbeat number as he matches dance steps with kids 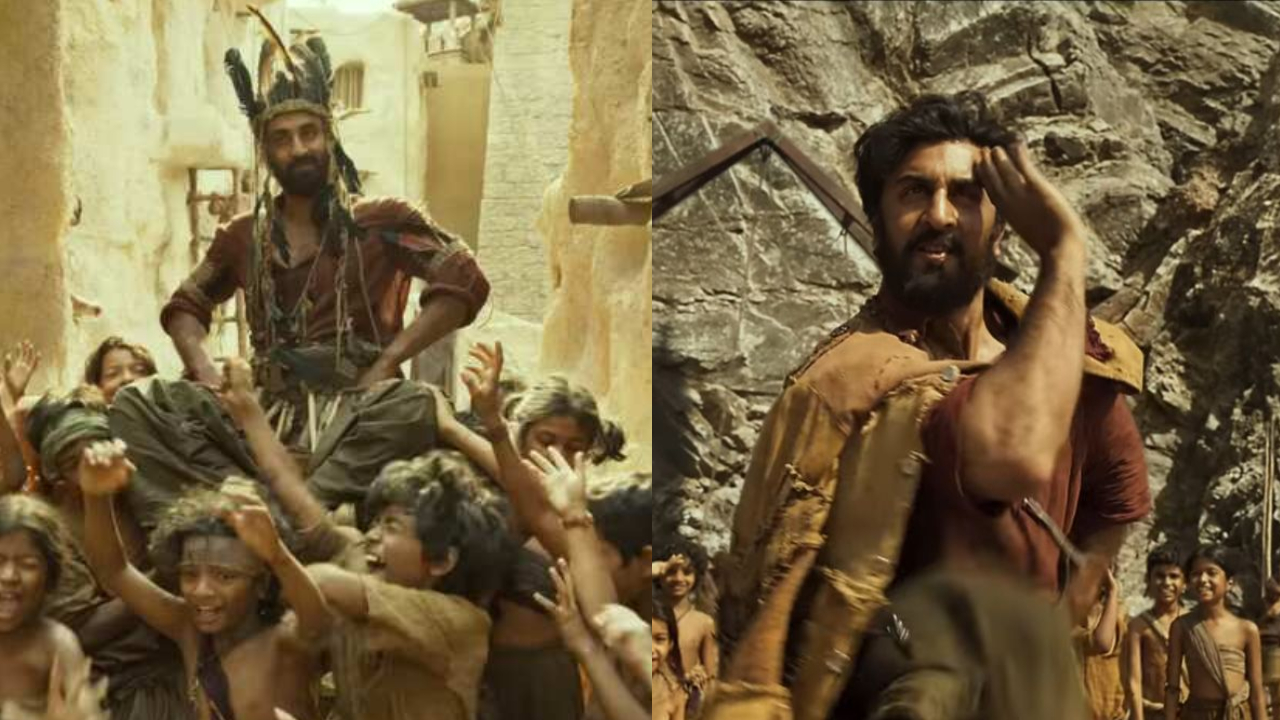 The first song from Ranbir Kapoor’s upcoming film Shamshera, titled Ji Huzoor was unveiled today by Yash Raj Films. The music video shows Ranbir matching steps and dancing to the tunes with kids. The number has poignant lyrics that shows the rebellious streak of Ranbir’s character Balli in the film and also gives a glimpse of the down-trodden lives of his tribe through mud houses and dirt-smeared faces.

Ji Huzoor is sung by Aditya Narayan with additional vocals by Shadab Faridi. The lyrics have been penned by Mithoon. He has also composed the peppy track. The song depicts the disdain and mockery Ranbir has for the British Raj as he rallies with young children in talking ill about the establishment while unhappy elders look on in spite. The song has been choreographed by Chinni Prakash. He also takes down a British flag at the start of the song.

RECOMMENDED READ: ‘Alia has always been my biggest cheerleader,’ says Ranbir Kapoor about his wife and mom-to-be as she roots for Shamshera

Shamshera marks the first time Ranbir is playing a double role. He plays the father Shamshera and his son Balli in the period drama based in 1870. His character promises to be a desi Robin Hood who must take up arms against the tyrannical rule of British Raj and stand up to fight for his tribe. The film is based in the fictional city of Kaza.

The film also stars Sanjay Dutt, Vaani Kapoor, Ronit Bose Roy and Saurabh Shukla and is directed by Karan Malhotra. Shamshera is produced by Aditya Chopra under his production banner YRF. The film is slated to release on July 22 in Hindi, Tamil and Telugu.