Advertisement
HomeBOLLYWOODENTERTAINMENT NEWSWanted to be Amitabh Bachchan in childhood, when I grew up wanted to be Shah Rukh Khan: Ranbir Kapoor talks about his love for Hindi film heroes in RK Tapes Episode 2 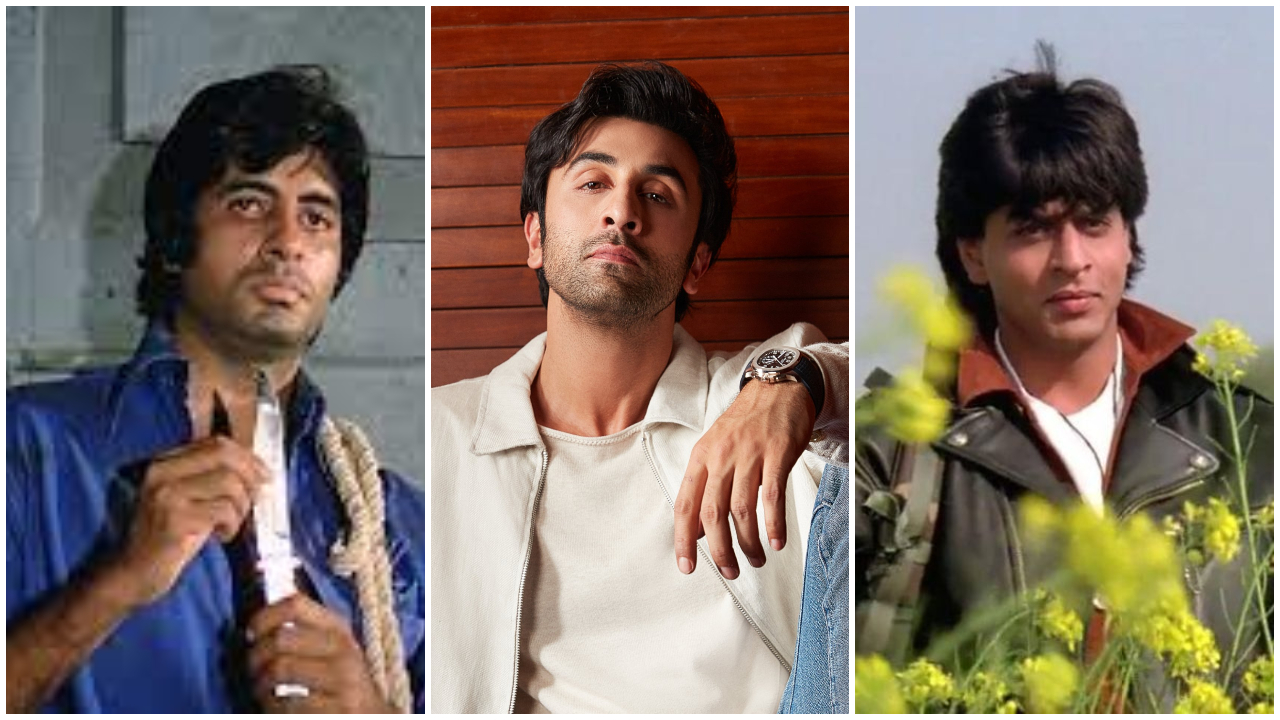 Ranbir Kapoor is playing a larger than life hero with the action entertainer Shamshera. Ranbir, who is coming to the big screen four years after he delivered the blockbuster Sanju, has floored everyone with his incredible intensity as the tribal warlord Shamshera and his son Balli in the much awaited visual spectacle’s trailer! He sent fans and audiences into frenzy on the internet with his never seen before avatars and the anticipation to watch him is sky high.

In the second episode of a three episodic candid video series titled ‘RK Tapes’, Ranbir talks about his favourite Hindi film heroes and how they have shaped his consciousness over the years! The superstar says “I wanted to be Amitabh Bachchan. When I grew up, I wanted to be Shah Rukh Khan! Finally, I had to be Ranbir Kapoor”. Check out Ranbir speaking straight from his heart in the second episode – ‘The Hindi Film Hero’ here:

RECOMMENDED READ: Shamshera song Ji Huzoor: Ranbir Kapoor shows his rebellious streak from the film in the upbeat number as he matches dance steps with kids

Ranbir is seen as saying, “By the time I grew up these Hindi Film heroes had become my real life heroes. Everything I did, how I dressed, how I spoke, subconsciously in everything I did was inspired by my heroes. But strangely enough, when I became an actor, I wasn’t choosing the kind of films my heroes would choose. So I may have satisfied the actor in me, but when I look back at that 12- year-old, Hindi Film Hero obsessed Ranbir, I feel he still has to fulfill his dream.”

Ranbir starrer Shamshera is set in the fictitious city of Kaza, where a warrior tribe is imprisoned, enslaved and tortured by a ruthless authoritarian general Shudh Singh. This is the story of a man who became a slave, a slave who became a leader and then a legend for his tribe. He relentlessly fights for his tribe's freedom and dignity. His name is Shamshera.

The high-octane, adrenaline-pumping entertainer is set in the 1800s in the heartland of India. It has the big promise of a never seen before Ranbir Kapoor, who plays Shamshera in the film! Sanjay Dutt plays Ranbir’s arch-enemy in this huge casting coup and his showdown with Ranbir will be something to watch out for as they will ferociously go after each other with no mercy.

This action extravaganza has been produced by Aditya Chopra and is set to release in Hindi, Tamil and Telugu on July 22, 2022.