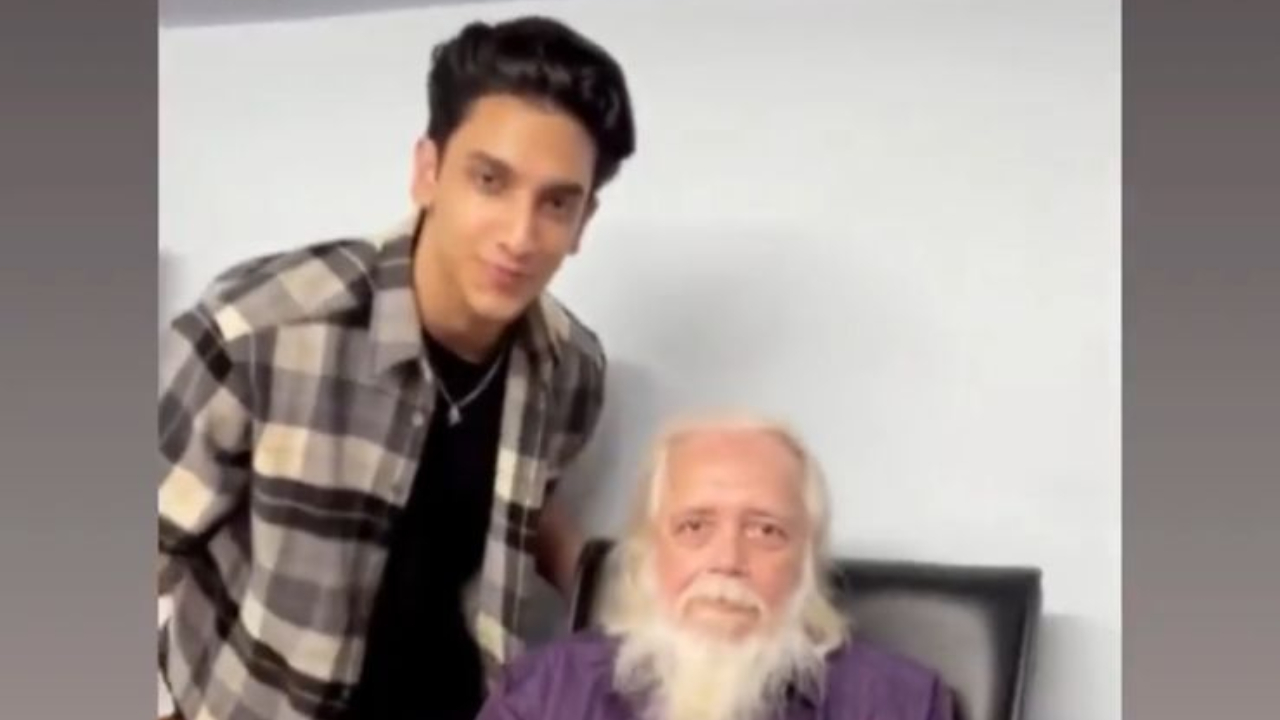 Vedang Raina is one of the upcoming faces of Bollywood we can't get enough of. While he is already busy shooting for his debut film The Archies, Vedang never misses watching cinema. Speaking of which, last night Vedang went to the screening of R Madhavan’s film Rocketry:The Nambi Effect and met ISRO scientist Shri Nambi Narayanan.

Here's what exactly happened! At the screening of R Madhavan's Rocketry: The Nambi Effect, Padma Bhushan awardee Shri Nambi Narayanan was also present. Vedang Raina not only met him but also took his blessing, and even the ISRO engineer graced him with his best wishes. All of his fans were delighted to see him meet such a legendary man.

RECOMMENDED READ: A lot of people are going to be jealous of me: R Madhavan reveals Dr Nambi Narayanan's reaction to Rocketry The Nambi Effect

Vedang Raina is all set to make his debut in Bollywood with Zoya Akhtar's The Archies, which will be released next year. The actor made his way straight into our hearts right after the announcement of the film. While Vedang's charming looks are already causing waves in the industry, we truly cannot wait to see him essay the role of Reggie Mantle and shine on the silver screen.

Vedang recently completed shooting the first leg of his debut film. He will be seen sharing the screen with Suhana Khan, Agastya Nada, Khushi Kapoor, Dot, Mihir Ahuja, and Yuvraj Menda. Vedang Raina is already famous on the internet for the music videos that he creates. The actor is also an excellent vocalist and has dropped a couple of videos where he can be seen humming the lyrics of "Khalid's Talk" and "The Weeknd's Earned It."

Vedang Raina is under the great spotlight and is seeing a steep rise on social media as well. We are confident that his upcoming film will mark a strong foray for him into the industry. Vedang already has a huge fan following and people are going crazy and flooding his comment section and DMs with love-worthy messages.