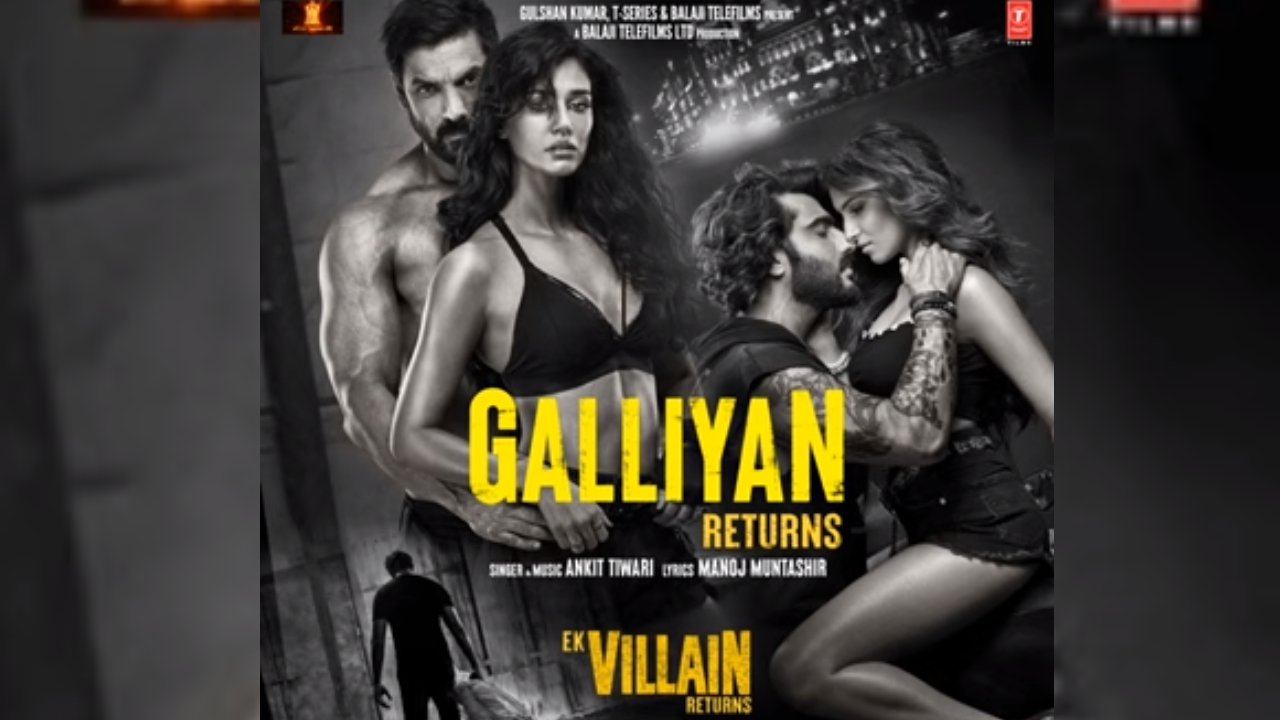 Makers of the Ek Villain franchise have recreated history for the first time with the chart-busting number Galliyan making a much-anticipated comeback. The excited response to Ek Villain Returns' build-up campaign, teaser posters and trailer point towards a climactic blockbuster hit. And now, the launch of Galliyan Returns has only upped the ante on the euphoria of this action-thriller franchise making a comeback after eight years!

This is the very first time in Indian cinematic history that the makers of the song, including director Mohit Suri, singer-composer Ankit Tiwari and lyricist Manoj Muntashir, have reunited to recreate the song. The reprised version, Galliyan Returns, has made a darker comeback this time around! The song has undoubtedly been the soul of the franchise and with Ek Villain Returns being darker than the original, the makers only deemed it fit to give Galliyan a brand new and almost bone-chilling feel.

It certainly looks like the anticipation to give Galliyaan Returns a listen is thick in the air! The great news is that fans won’t need to wait much longer with the song being released on July 4th! Starring a powerful ensemble cast including John Abraham, Arjun Kapoor, Disha Patani and Tara Sutaria, Ek Villain Returns will release worldwide on 29th July 2022. The movie is directed by Mohit Suri and jointly produced by T-Series and Balaji Telefilms.