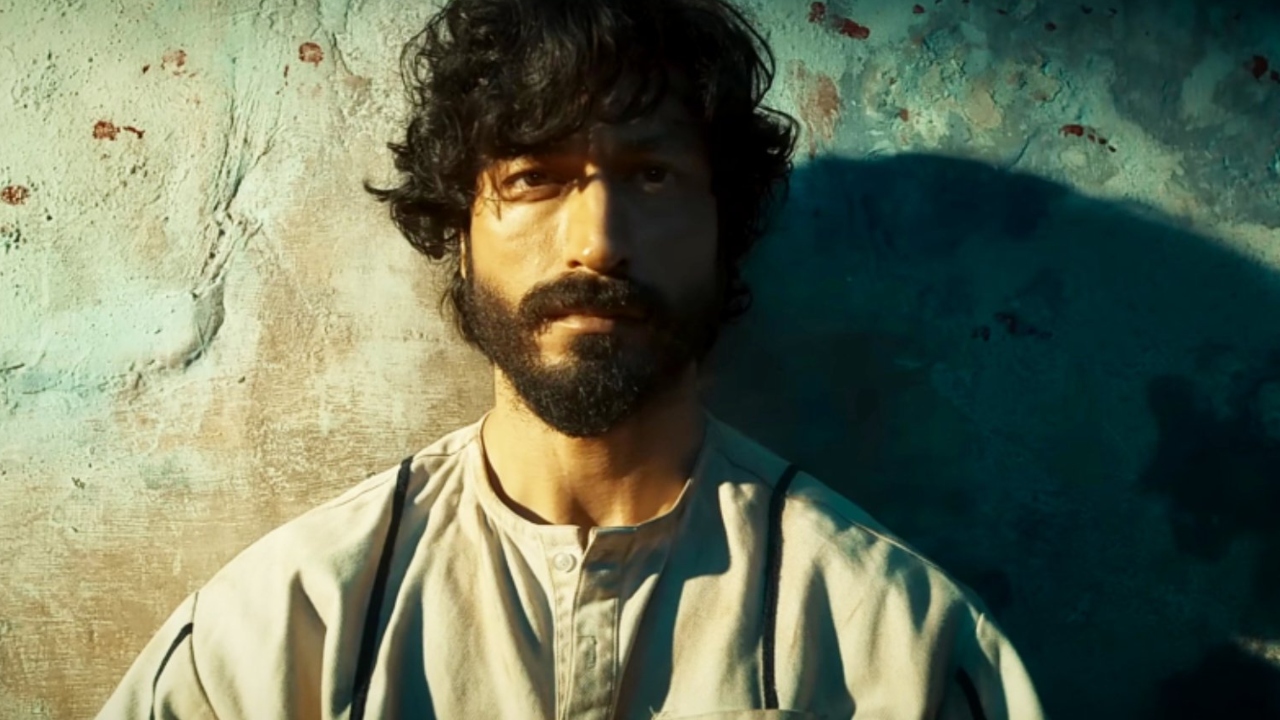 The makers of Khuda Haafiz: Chapter 2 - Agni Pariksha have extended an apology towards the members of the Shia community, who expressed concern that elements of the song Haq Hussain hurt their religious sentiments.

The issued statement reads as follows, "We the makers of Khuda Haafiz Chapter 2 Agni Pariksha take cognizance of the concerns expressed by a few people of the Shia community and sincerely apologise for the fact that elements of the song 'Haq Hussain' have unintentionally hurt their sentiments. Objections were raised by a few people of the community for the word 'Hussain' and the use of zanjeer." 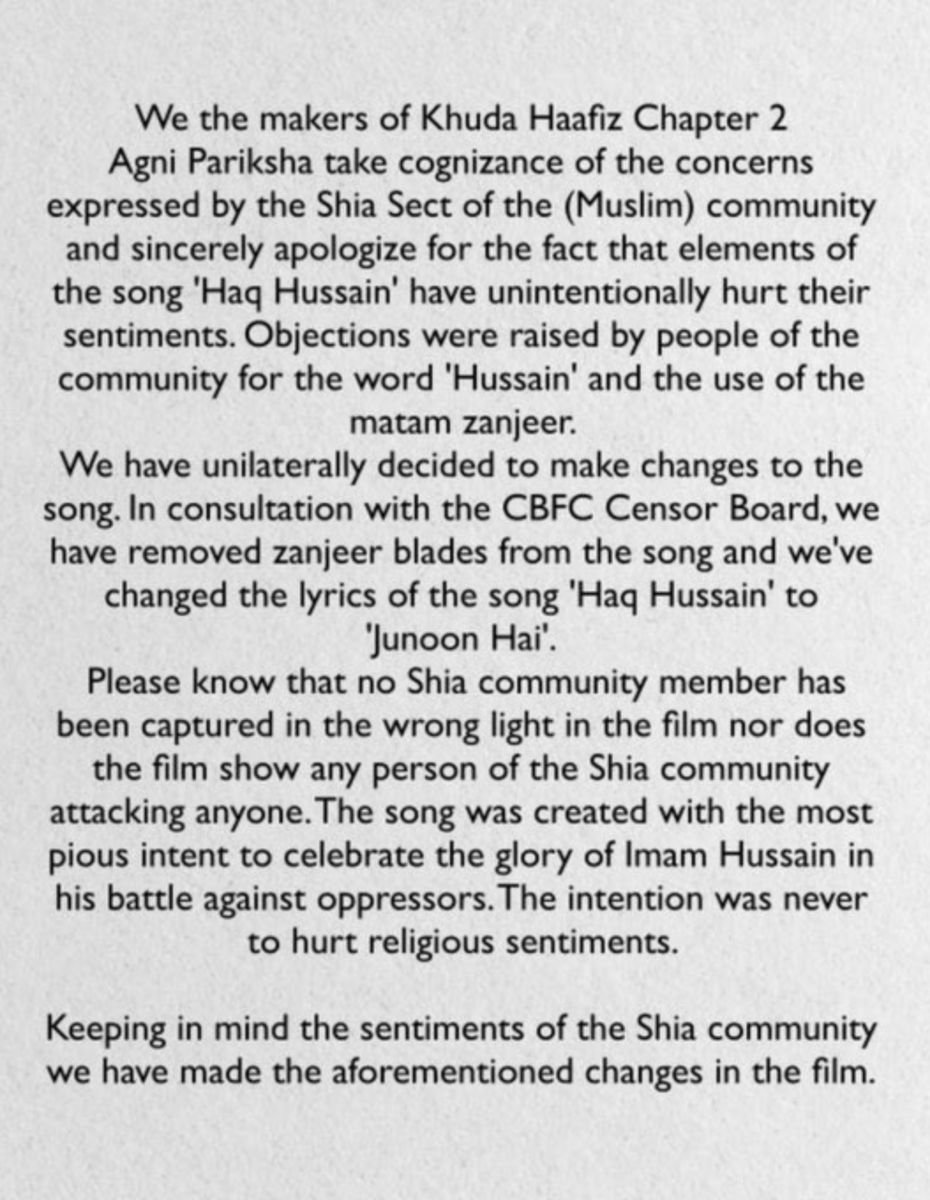 The statement added, "We have unilaterally decided to make changes to the song. In consultation with the CBFC Censor Board, we have removed zanjeer blades from the song and we've changed the lyrics of the song 'Haq Hussain' to 'Junoon Hai'. Please know that no Shia community member has been captured in the wrong light in the film nor does the film show any person of the Shia community attacking anyone. The song was created with the most pious intent to celebrate the glory of Imam Hussain and the intention was never to hurt religious sentiments. Nonetheless, voluntarily, keeping the sentiments of the Shia sect in mind, we have made the aforementioned changes."

A Panorama Studios and Action Hero Films, it is all set to release in theatres on July 8.