Advertisement
HomeBOLLYWOODENTERTAINMENT NEWSDad-to-be Ranbir Kapoor takes parenting tips from 'Anupama' Rupali Ganguly, says he wants to be the best father in the world

Dad-to-be Ranbir Kapoor takes parenting tips from 'Anupama' Rupali Ganguly, says he wants to be the best father in the world 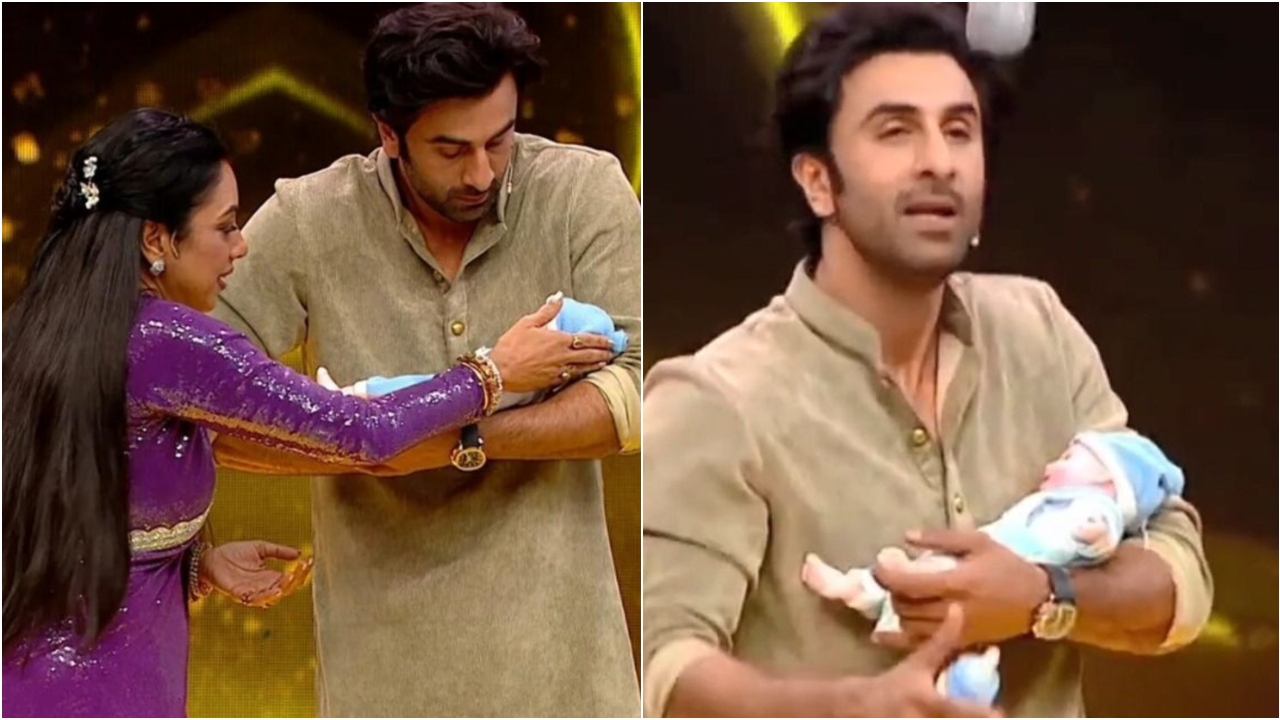 Ranbir Kapoor is excited to start a new chapter in his life with Alia Bhatt. The newly married couple is expecting their first child. Ahead of it, Ranbir took training and parenting tips from Indian television's most popular on-screen character Anupama. While promoting his upcoming film Shamshera on a show, the actor told Rupali Ganguly, who plays Anupama, that he wants to become the best dad in the world.

A video from the show went viral on social media. In the clip, Ranbir said, "Duniya ke best pita banne ke liye aap mujhe kuch madad denge, meri help karenge ki mein kya kar sakta hoon?” Rupali then taught him how to hold a baby in his arms with a prop doll. Ranbir then held the doll in his arms and said “Ale le meri beti."

This is so cuteee @TheRupali mam teaching Ranbir about handing a baby This Ravivaar is going to Dhamakedaar man Superrr excited #Anupamaa #RanbirKapoor #ravivaarwithstarparivaar pic.twitter.com/LC2T4Zp8LQ

Recommended Read: 'Alia Bhatt and I have been talking about having kids from the day we fell in love,' says soon-to-be daddy Ranbir Kapoor

In an interview with a magazine, Ranbir spoke about having children with Alia. He said, "Alia and I have been talking about having kids from the first day we met and fell in love. I’ve always wanted children. And she wants children. To start a new chapter in life... I am extremely excited about that, I can’t wait."

As per reports, the Bhatt-Kapoor baby is due in December this year.