Advertisement
HomeBOLLYWOODENTERTAINMENT NEWSIt’s RK vs RK! Ranbir Kapoor who dons two roles in Shamshera, roasts himself in a hilarious video

It’s RK vs RK! Ranbir Kapoor who dons two roles in Shamshera, roasts himself in a hilarious video 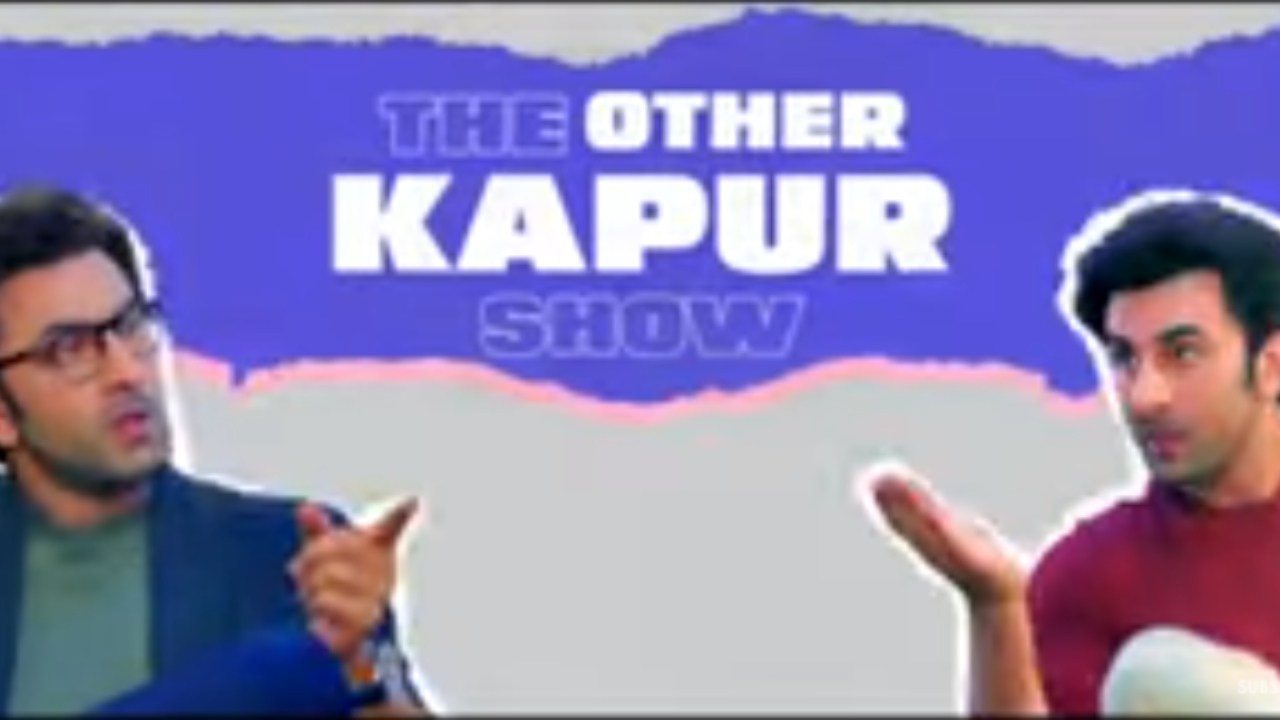 Ranbir Kapoor is playing a larger than life hero with the action entertainer Shamshera. Ranbir, who is coming to the big screen four years after he delivered the blockbuster Sanju, wowed everyone with his incredible intensity when the trailer of the much-awaited film dropped! The trailer revealed a fiercely guarded secret that Ranbir is playing the father, Shamshera, and the son, Balli, in this revenge spectacle! This is the first time Ranbir is playing two characters in the same film and taking a cue from this, Ranbir is seen roasting himself in a hilarious promotional video!

In the video, Ranbir sits down to be interviewed by Ranbir Kapur with a U, also played by him, who is hosting a chat show called ‘The Other Kapur Show’. Kapur clearly has a history with Ranbir as he feels he was rejected from Saawariya because of his surname and not his acting credentials! The interview becomes hostile from the word go and Kapur grills Ranbir about everything from his career trajectory, love life, marriage, etc.

The story of Shamshera is set in the fictitious city of Kaza, where a warrior tribe is imprisoned, enslaved and tortured by a ruthless authoritarian general Shuddh Singh. This is the story of a man who became a slave, a slave who became a leader and then a legend for his tribe. He relentlessly fights for his tribe's freedom and dignity. His name is Shamshera.

The high-octane, adrenaline-pumping entertainer is set in the 1800s in the heartland of India. It has the big promise of a never seen before Ranbir Kapoor, who plays Shamshera in the film! Sanjay Dutt plays Ranbir’s arch-enemy in this huge casting coup and his showdown with Ranbir will be something to watch out for as they will ferociously go after each other with no mercy.

This action extravaganza has been produced by Aditya Chopra and is set to release in Hindi, Tamil and Telugu on July 22, 2022.