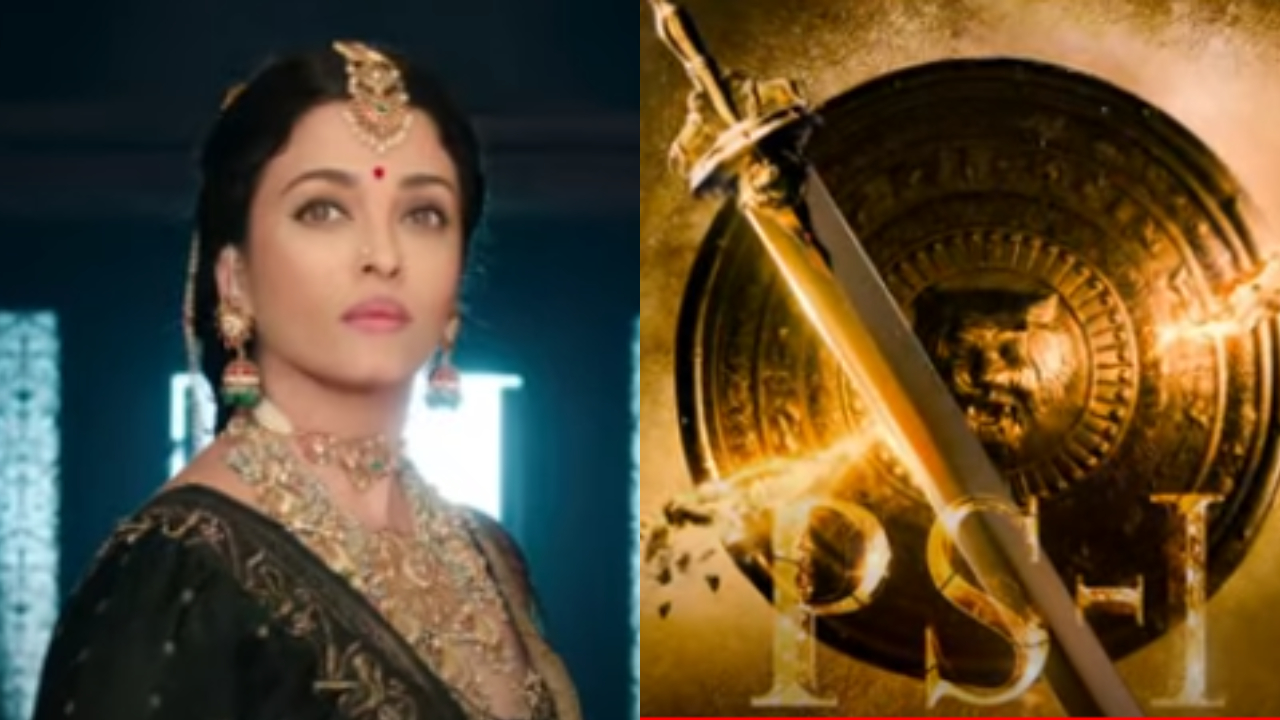 The teaser revolves around the power struggle of the Chola Empire during the 10th century and will hit the screens in two installments. The action-packed teaser shows the regal stature of the kingdom and its kings, queens, prince and princess, coupled with battle sequences and large montage of palaces. We also get to see some sort of tiff between Aishwarya’s Queen Nandini and Trisha’s Princess Kundavai.

The Cholas Are Coming! #PS1Teaser

The teaser of the historical- drama was launched at a grand event in Chennai today along with the star cast and the team. The teaser was unveiled digitally by legendary actors superstar Amitabh Bachchan, Mahesh Babu, Suriya, Mohanlal and Rakshit Shetty. Vikram plays Aditya Karikalan, Karthi as Vanthiyathevan and Jayam Ravi as Arunmozhi Varman.

Ps-1 is the cinematic adaptation of Kalki’s evergreen Tamil novel that was serialised in the 1950s. Lyca Productions presents PS-1 and is jointly produced by Madras Talkies and Lyca Productions, directed by Mani Ratnam, and music composed by AR Rahman. PS-1 is slated for a worldwide release on September 30, 2022, in Tamil, Hindi, Telugu, Kannada, and Malayalam.