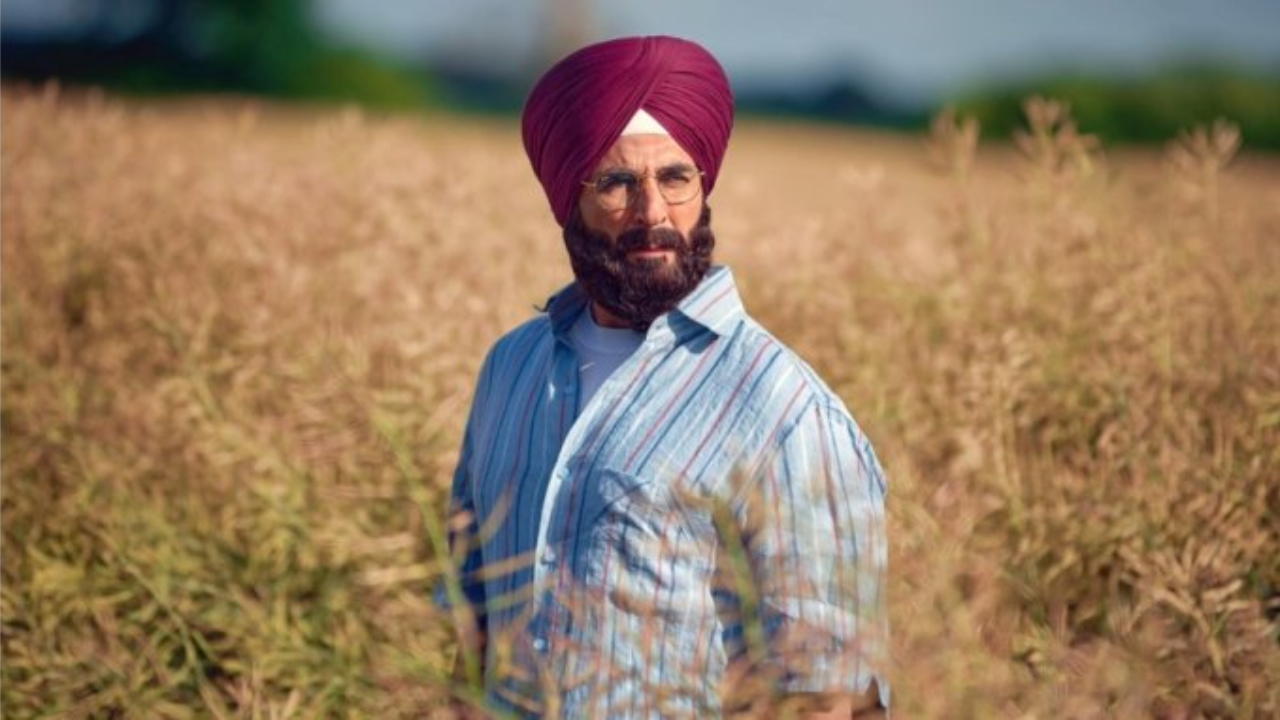 The first look of Akshay Kumar from Tinu Suresh Desai’s rescue drama Capsule Gill has been leaked online. Akshay plays additional chief mining engineer Jaswant Singh Gill who was instrumental in rescuing miners trapped in a mine at Raniganj Coalfields in eastern Indian in 1989.

Akshay can be seen with a turban, full beard and spectacles as he is seen standing in a field. The film is currently being filmed in Yorkshire, UK where the security has been kept tight and the location isolated but still the picture was clicked by a fan.

Presenting the FIRST LOOK of #AkshayKumar as the additional chief mining engineer #JaswantSinghGill in Tinu Suresh Desai's rescue drama #CapsuleGill... The @poojafilms production is currently being filmed in the UK, and will be released in theatres in the second half of 2023! pic.twitter.com/YIsOhdd7fn

As per media reports, Pooja Films that is backing the project has blocked over 100 acres for shooting and that the film is probably the largest Indian production in terms of scale to being filmed in the UK. Capsule Gill also stars Parineeti Chopra as Akshay’s wife and the shooting is expected to wrap in the UK by end of August.

The makers have got on board terrific actors such as Kumud Mishra, Pawan Malhotra, Dibyendu Bhattacharya, and Ravi Kishan to play the key roles. It also features Virendra Saxena, Varun Badola, Rajesh Sharma, and Ananth Mahadevan in supporting roles. The film is slated to release in theatres in the second half of 2023.