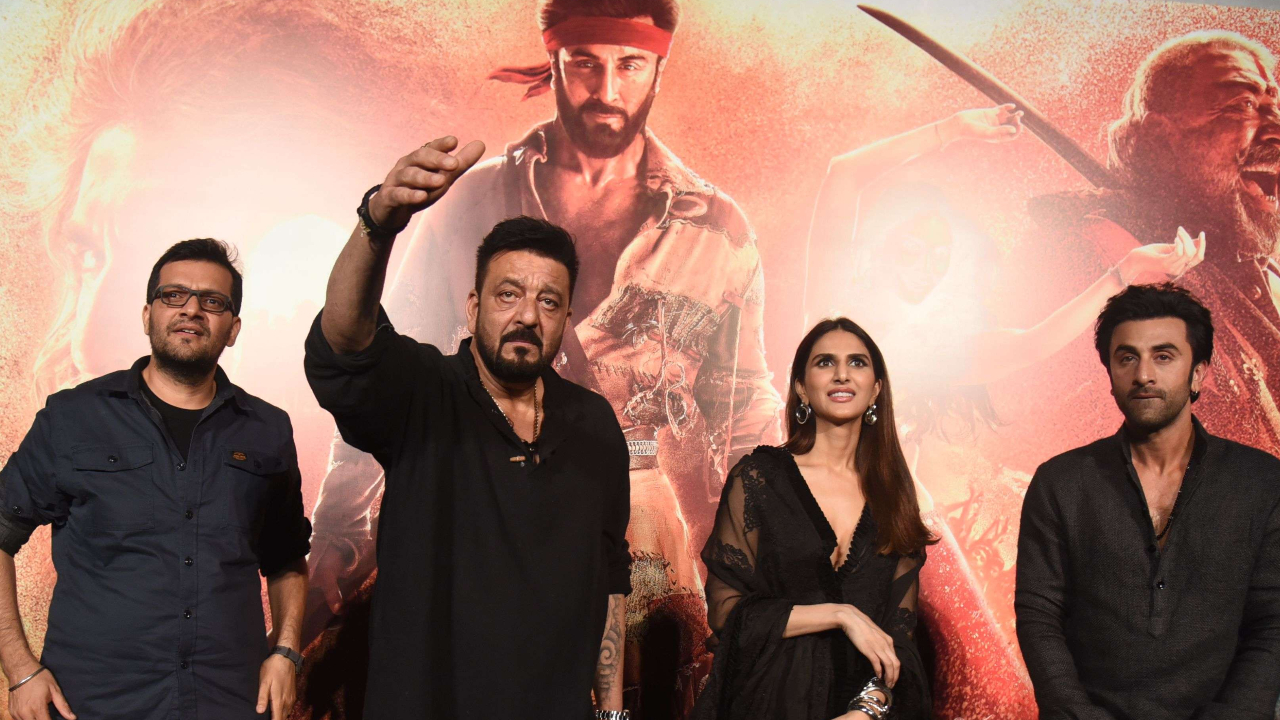 The recently release Shamshera starring Ranbir Kapoor, Sanjay Dutt and Vaani Kapoor in the lead failed to hit the bull’s eye at the box office. The film produced by Yash Raj Films became a certified flop at the theatres with the audience and critics panning it. However, the film was a labour of love from the cast and crew and after director Karan Malhotra penned a heartfelt note for the film addressing its debacle, Sanjay Dutt has now come forward to defend the film and lend support to Karan’s vision for Shamshera.

Taking to social media, Sanjay issued a bold statement in support of Shamshera and Karan’s direction as well as Ranbir’s acting chops in the film. He wrote, “Films are acts of passion – passion to tell a story, to bring to life characters you’ve never met before. Shamshera is one such labour of love to which we gave our all. It’s a movie made up of blood, sweat and tears. It’s a dream that we brought on screen. Movies are made for audiences to relish. And every movie finds its viewers, sooner or later.”

RECOMMENDED READ: Karan Malhotra addresses box office failure of his and Ranbir Kapoor's Shamshera, says 'could not handle the hate and rage'

He continued, “Shamshera found a lot of people hating on it; some of the hate came from people who didn’t even watch it. I find it horrible that people don’t respect the hard work we all put in. I admire Karan as a filmmaker, and mostly as a person. He is one of the best directors I have worked with in my long career of four decades. He has the knack of giving characters that strike a chord. We did that with Agneepath, where he gave me Kancha Cheena to play. The process of working on it was brilliant. He trusted me again with Shamshera and what a ball of a time we had making this film, and bringing to life Shuddh Singh.”

Sanjay also heaped praise on Ranbir and wrote, “Shamshera will find its tribe someday but until it does, I stand resolute with the film, the memories we created, the bond we shared, the laughs we had, the hardships we went through.” He further wrote, “Ranbir and I have forged a bond for life with this film. His craft and ability to depict emotionality on screen is par excellence. It pains to see how people are so eager to spew hatred on the work of one of the most hardworking and talented actors of our times.”

Shamshera started its run at the box office on a poor note by collecting Rs. 10.25 crores only.