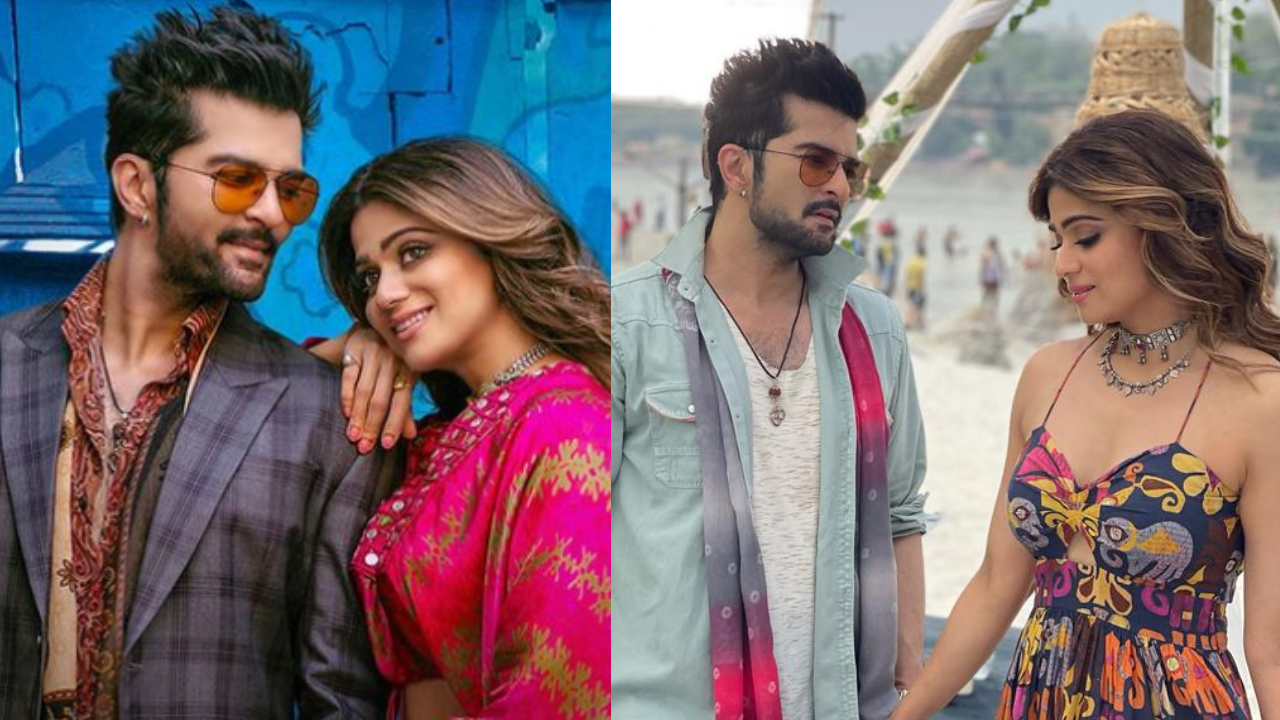 Raqesh Bapat and Shamita Shetty met on the sets of Bigg Boss OTT and sparks flew as they were confined in the house. The two started dating, made public outings and attended family functions and when the fans thought that they would be upgrading their relationship they announced that they are no longer together. However, their separation did not deter them from giving their fans a treat through the music video of song Tere Vich Rab Disda. The song has been released online and is a treat to watch because of their crackling chemistry.

Sung by Sachet Tandon, Meet Bros. and Parampara, the song is a visual treat as it brings the breathtaking locales of Rishikesh, Uttarakhand. The song has been composed by Meet Bros. and penned by Manoj Muntashir. The iconic and revered Lakshman Jhula also features in the music video of the song. However, due to its distressed state, the bridge has been closed for the safety of people and Raqesh and Shamita have become the last actors to have had the experience of shooting at the Lakshman Jhula for their music video Tere Vich Rab Disda.

RECOMMENDED READ: We are no longer together and have not been for a while: Shamita Shetty and Raqesh Bapat announce breakup

Talking about his experience about shooting on the Lakshman Jhula, Raqesh said, “Shooting for TVRD will remain unforgettable, especially shooting the sequence on Lakshman jhula. We crossed it several times in that one day. We were running across while a crowd of people were walking besides us, there were only drones capturing this, so everyone seemed clueless as to what was really happening. Two people running across in the summer heat must have been very strange for the others who witnessed it. I got to know later that it's going to be shut for a long time till another bridge is built parallel to the old one, and I feel fortunate to have got the opportunity to make an everlasting memory there that I will always cherish."

Previous to the song’s release, Raqesh and Shamita announced their separation in separate Instagram stories. They thanked their fans for their love and support and asked them to shower the same love on Tere Vich Rab Disda that they have given them as a couple.