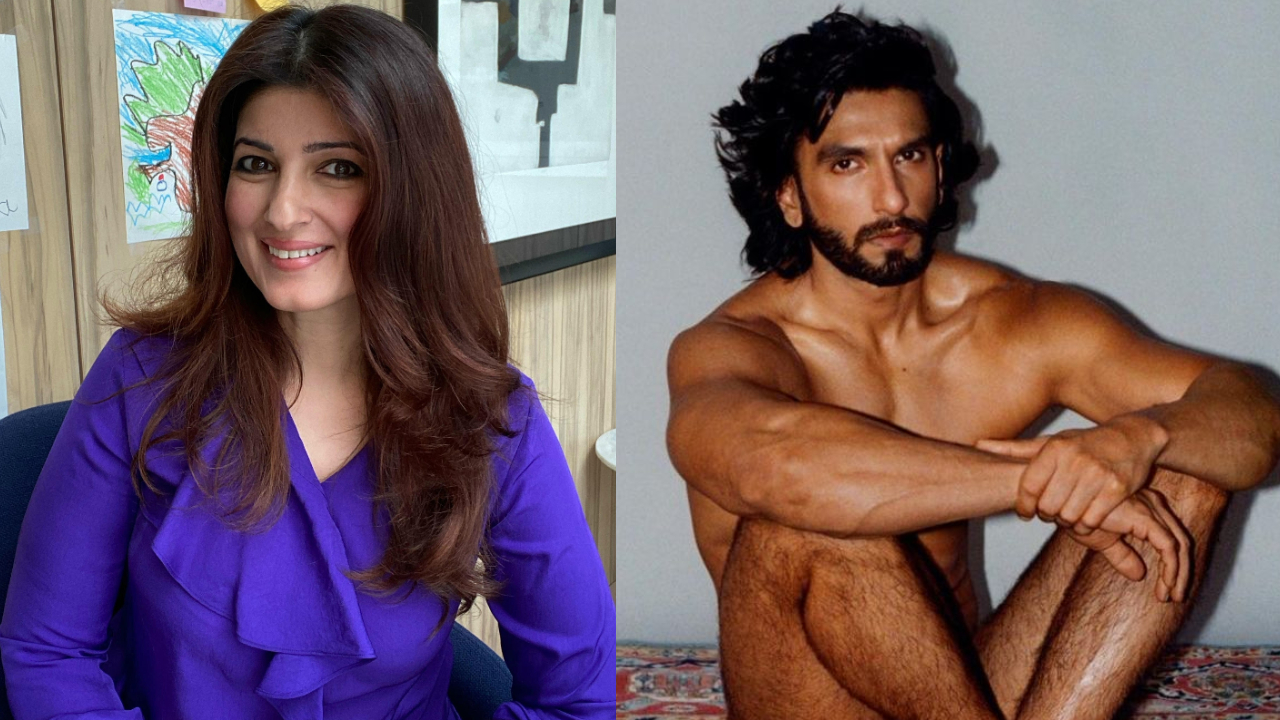 Twinkle Khanna might have not been able to set the box office on fire with her acting chops when she was an actress but she sure knows how to flare up issues with her weekly column for a leading daily. This time around, Twinkle wrote about nudity pertaining to Ranveer Singh’s controversial nude photo shoot for the Paper Magazine. The actor’s deed of posing in the buff and sharing the images on social media drew a lot of applause, some backlash and an FIR. Now, after Vidya Balan’s comment of ‘Let women also feast their eyes’, Twinkle also spoke about the issue of males posing nude compared to females being objectified.

In her column, Twinkle wrote, “The first nudist colony in the world was reportedly based in Thane in 1891. At The Fellowship of the Naked Trust, clothes were not allowed, though you were kindly permitted to wear your eyeglasses and dentures. I suppose, after seeing all the dangling bits clearly, they expected you to bite your tongue if it wasn’t pleasing to the eye. Following in these bare footsteps, our latest nudist Ranveer Singh’s nude photographs have been the subject of an FIR, television debates and even a musical parody with the stellar lyrics, ‘We can see his bum.’”

Twinkle further added, “Vidya Balan, who has been both the target of an obscenity case and objectification like most actresses, said it best. When asked about her reaction to Singh’s photographs, she quipped, ‘What’s the problem? Let us also feast our eyes!’ I can assure the morally offended that while we are not advocating starting our own Fellowship of The Naked Trust, a thumping majority of women and the queer community are not bummed out by these photographs. In fact, we have only one complaint. Instead of over-exposure, the photographs seem underexposed. Even with spectacles, magnifying glasses and zoom tools, we are unable to spot any anatomical details, just a pool of shadows between two finely muscled legs.”

Meanwhile, on the work front, Ranveer will next be seen in Rocky Aur Rani Ki Prem Kahani alongside Alia Bhatt. The team recently wrapped up the film and it will reportedly release in 2023.