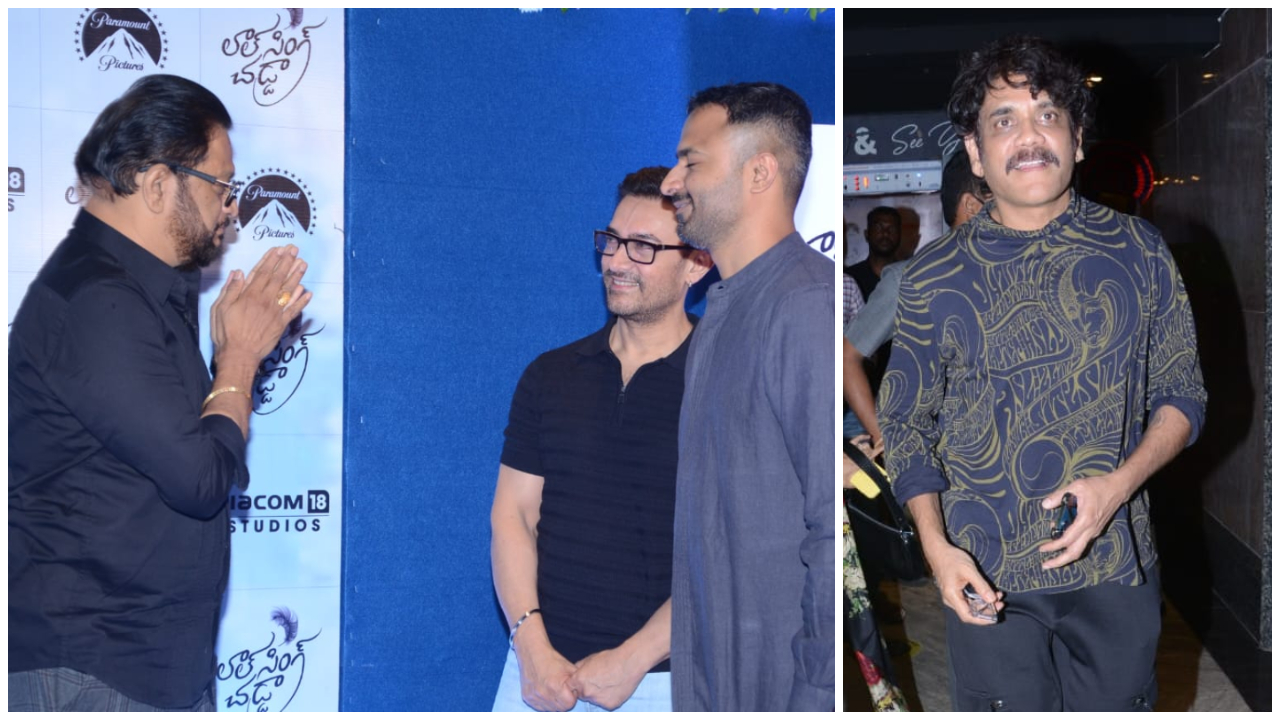 Today, the entire star cast of Laal Singh Chaddha along with some of the proclaimed industry names attended a special screening conducted for the film. The guest list included Chiranjeevi, Nagarjuna,  Amala Akkineni, Kartikeya Gummakonda,Satyadev Kancharana, Allu Sirish, and Allu Aravind. Check out the pictures:

Meanwhile, the trailer of the film is well received by the audience as the visuals from the film have intrigued them to watch more from Laal Singh Chaddha’s life. Apart from that, Laal Singh Chaddha marks a milestone by becoming the most successful album of the year 2022.