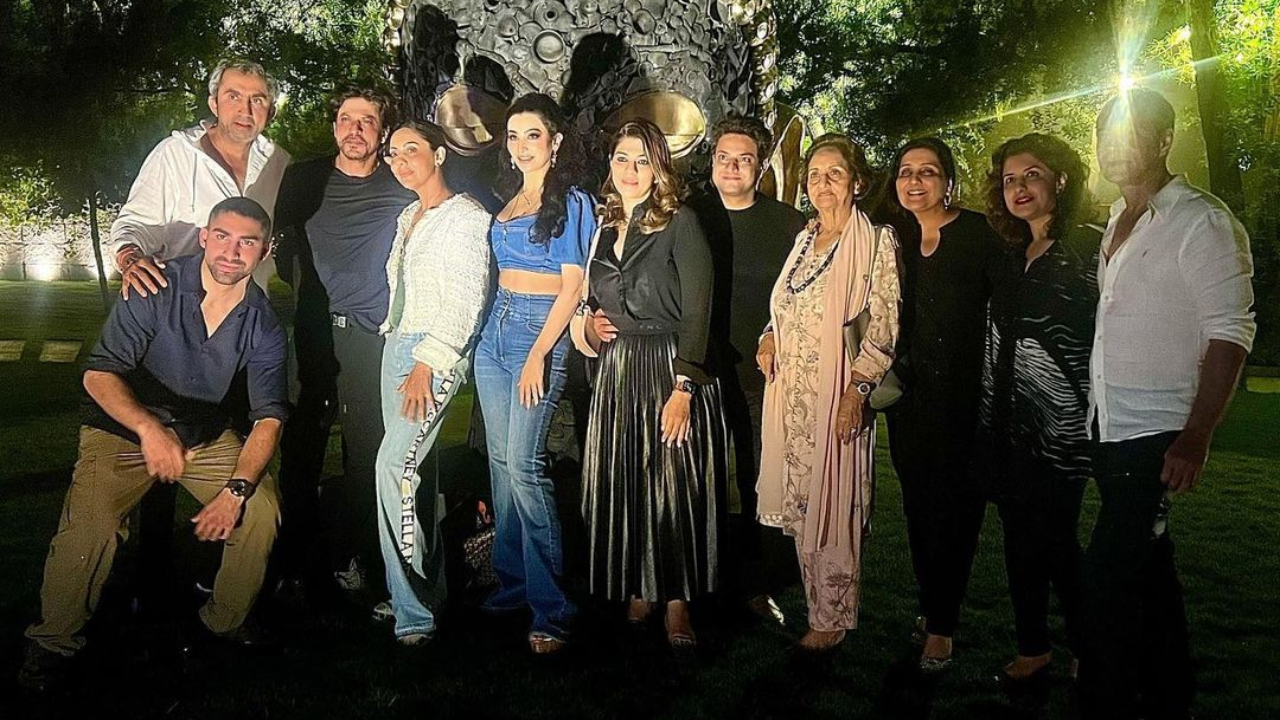 Shah Rukh Khan and his wife Gauri Khan recently visited Delhi and caught up with friends and family in the city. Gauri took to Instagram to share a picture with their loved ones in the city. Gauri and Shah Rukh who are originally from Delhi and grew up there partied with close friends and family. Gauri also informed her Instagram followers that they’ve been partying at her close friend, fashion designer Shalini Passi's home.

Taking to Instagram, Gauri shared a group photo and captioned it, “Going back to Delhi always refreshes my most cherished memories... Fun evening with friends and family celebrating at Shalini Passi's." In the group photo SRK and Gauri are standing close to each other as the actor holds his wife close to him.

Both SRK and Gauri grew up in New Delhi. While Shah Rukh studied at Hansraj College, Gauri graduated in History from Lady Shri Ram College. They tied the knot in 1991 after dating for several years. The couple welcomed their first child, son Aryan in 1997, followed by daughter Suhana in 2000 and their youngest son AbRam in 2013 via surrogacy.

Meanwhile on the work front, SRK will soon be returning to screens with three back-to-back releases next year in the form of Pathaan, Jawan and Dunki. He will also be seen in a cameo appearance in Aamir Khan's Laal Sing Chaddha.