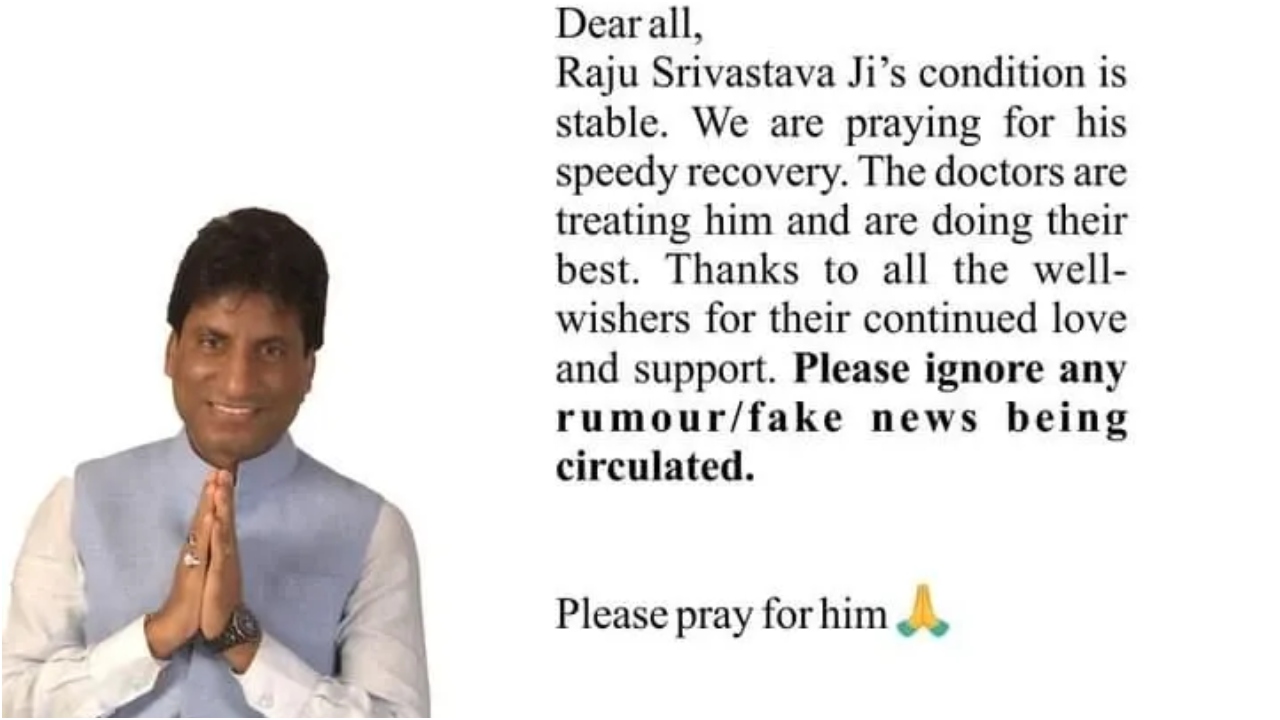 Stand-up comedian Raju Srivastava's health is now stable, two days after he suffered heart attack. The comedian's family issued a statement urging fans and followers to not believe in 'fake news' being circulated about his ill health.

Th statement was released on Raju's Instagram handle and it read: "Dear all, Raju Srivastava Ji's condition is stable. We are praying for his speedy recovery. The doctors are treating him and are doing their best. Thanks to all the well-wishers for their continued love and support. Please ignore any rumour/fake news being circulated. Please pray for him."

On Wednesday, Raju suffered a cardiac arrest while working out at a gym. He suddenly experienced chest pain and collapsed. He was rushed to the All India Institute of Medical Sciences (AIIMS) in Delhi.

Raju Srivastava, who has been active in the entertainment industry since the late 1980s, received recognition after participating in the first season of the stand-up comedy show The Great Indian Laughter Challenge in 2005. He is also the chairman of the UP Film Development Council.