Advertisement
HomeBOLLYWOODENTERTAINMENT NEWSWatch: Alia Bhatt shares a new video of husband Ranbir Kapoor from their babymoon, calls him ‘light of my life’ 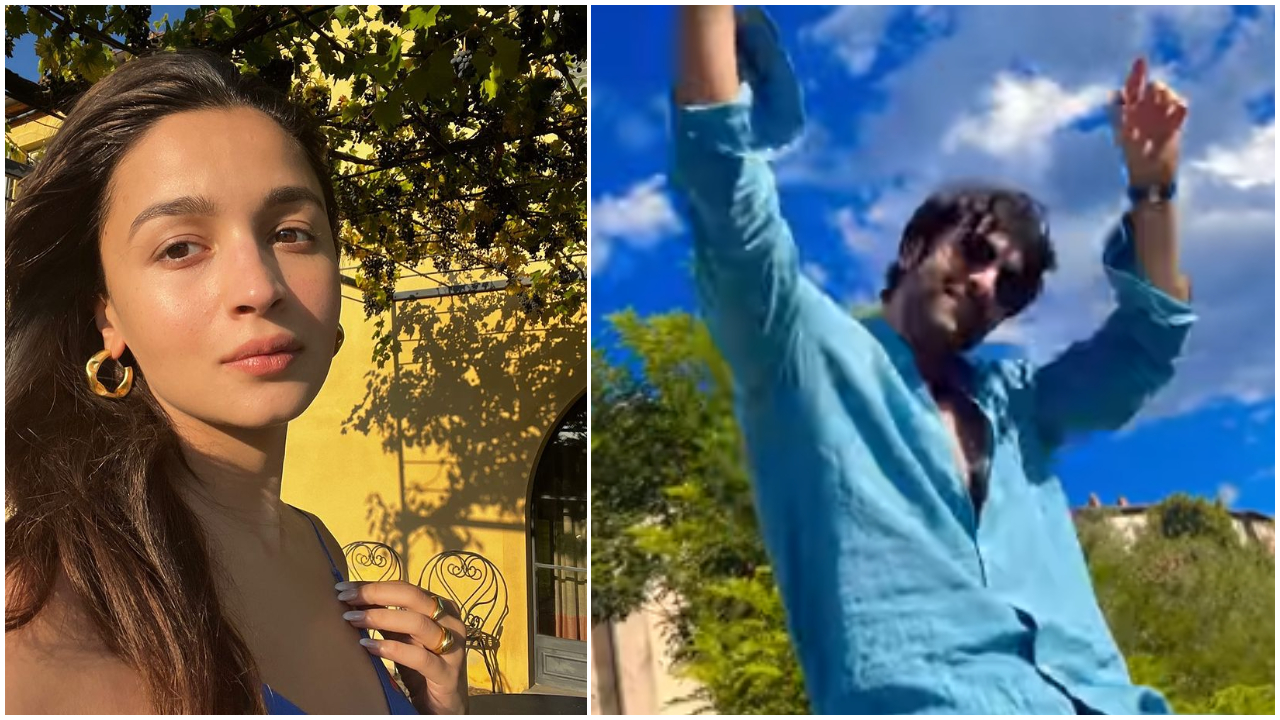 Alia Bhatt and Ranbir Kapoor had taken off for a babymoon recently out of the country. Now, Alia has shared a new video from Italy where she is vacationing with husband Ranbir. Sonam Kapoor, who is also pregnant, had revealed that she also shared her babymoon at the same location. Taking to Instagram, Alia shared a video of Ranbir dancing to the Deva Deva song from their upcoming film Brahmastra.

Sharing the video of Ranbir and giving a glimpse into the exotic location, Alia wrote, “the light of my life,” with four fire emojis. Ranbir looks dashing as he soaks in the sun and dances to Deva Deva in a blue shirt and denim pants. He can also be seen wearing a pair of sunglasses.

Ranbir plays Shiva in Brahmastra, who is given the power of agni or fire and plays the role of agni astra in the film. Directed by Ayan Mukerji, it is the first film starring Alia and Ranbir in the lead. It also stars Amitabh Bachchan, Nagarjuna Akkineni and Mouni Roy. The film is also rumoured to star Shah Rukh Khan.

Brahmastra is produced by Karan Johar under his production banner Dharma Productions. It is slated to release on September 9, 2022.