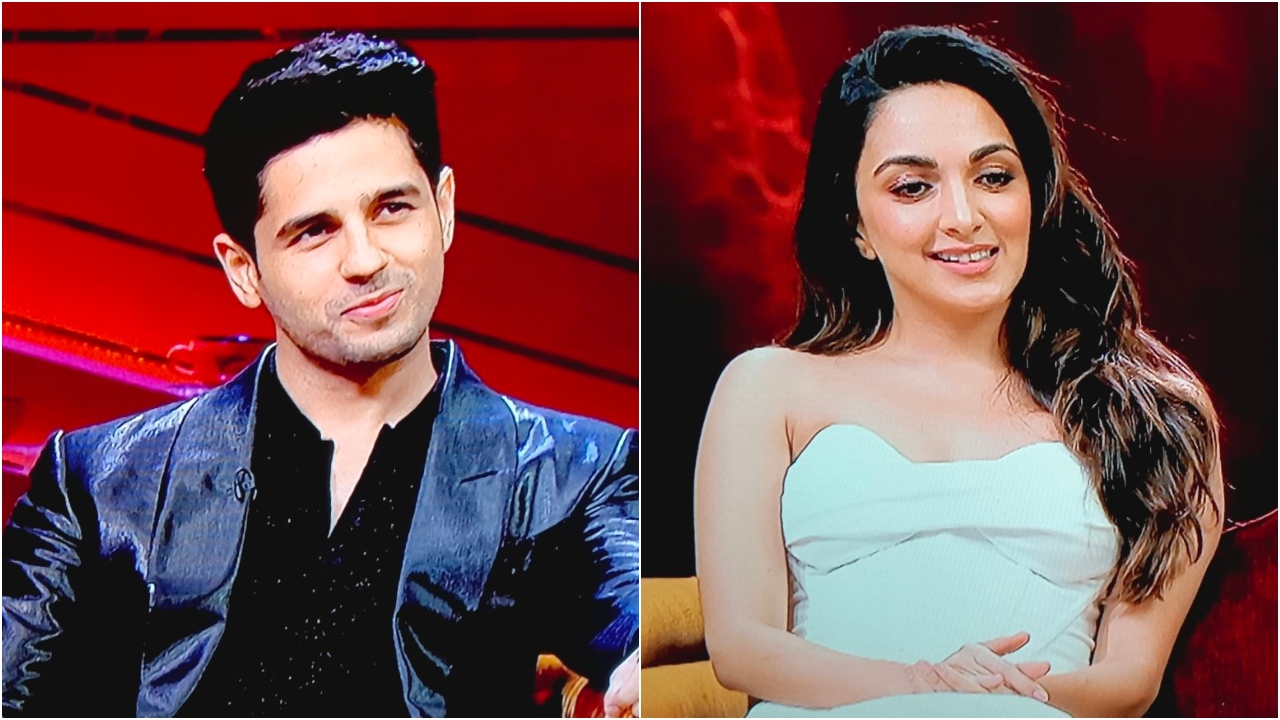 Sidharth Malhotra and Kiara Advani are more than just friends and we all are aware of that. If you are not, then you're certainly living under a rock. After incessant prodding, they seemingly confirmed their relationship on Koffee With Karan 7's latest episode. In the episode, Sidharth was with Vicky Kaushal. However, Kiara made a surprise guest appearance.

Kiara shot for Koffee With Karan 7 with Shahid Kapoor and their episode will go live soon. In the clip from the Kabir Singh duo's episode, Karan asked Kiara if her current life would be a film title what it would be. She replied, "Shershaah," before adding, "it should be like king size." The actress further dropped hints at her wedding. "I do see that in my life. But I’m not revealing that on Koffee With Karan today," Kiara shared. Shahid cheekily added, "Sounds like she is ready. 15 minutes back she was not accepting the relationship. And now she is almost confessing to the fact that she is ready."

Recommended Read: Koffee With Karan 7: Vicky Kaushal recalls events from his close-knit wedding with Katrina Kaif, reveals 'friends read hilarious memes and tweets for us to have a good laugh'

Sidharth, who watched the entire portion, asked Karan, "Kyu itna pareshan kiya aapne Karan usko?” When Karan said that he's decided what to do at the wedding, Sidharth said, “You are set! Let us also…,” before adding, "Karan, let's see. We want to have, everyone wants to work and have a happy future and life. Good to know we have your blessings."

Karan, who directed Sidharth in his first film-Student Of The Year, warned the actor that he would slap him if he doesn't get an invite to his wedding. Sidharth assured him that it won't happen.