Advertisement
HomeBOLLYWOODENTERTAINMENT NEWSMira Kapoor & Shahid Kapoor spread the magic of their love as they dance to 'Marry You'; Ishaan Khatter matches step with his brother on 'Roop Tera Mastana' 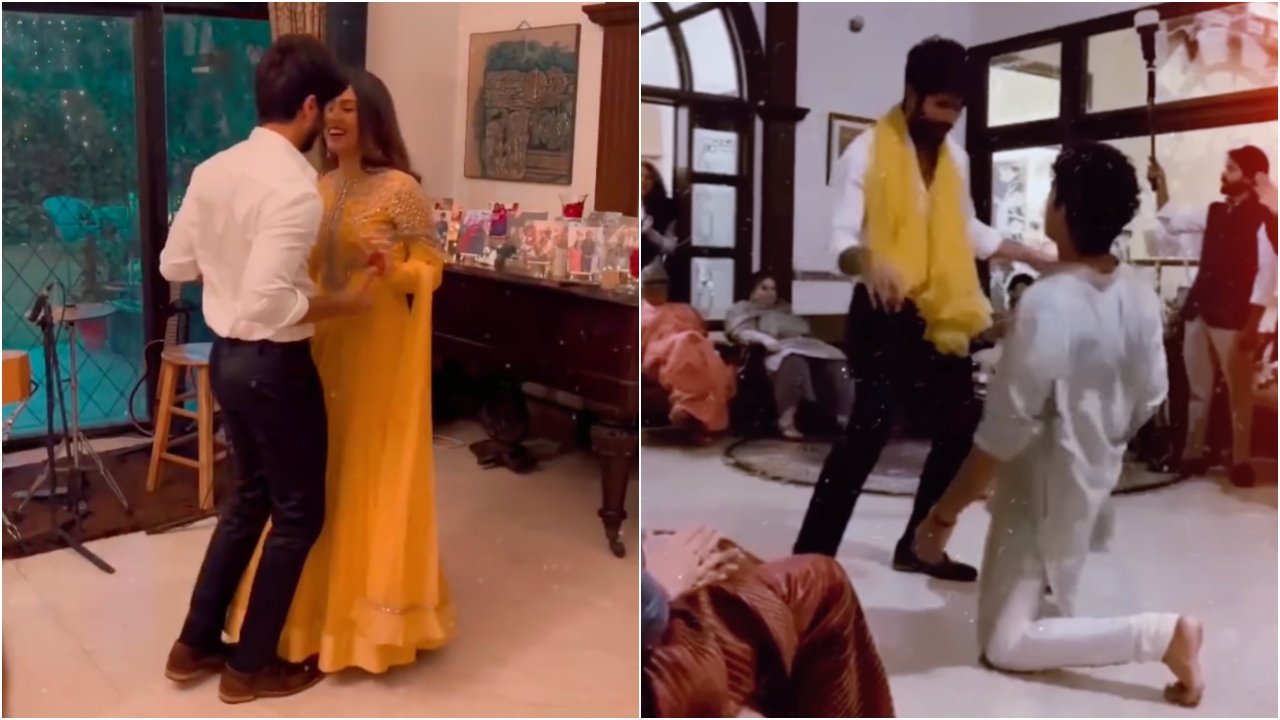 Shahid Kapoor recently had a gala time at a family function. The actor, along with wife Mira Kapoor and brother Ishaan Khatter, was present at the 40th marriage anniversary of his parents-in-law Vikram and Bela Rajput.

Shahid and Mira made sure to make the gathering a memorable one. On the occasion, Shahid danced with Mira gave a super romantic performance on Bruno Mars' Marry You. Later, Shahid even indulged in a playful moment with younger brother Ishaan as they grooved to Roop Tera Mastana song. The videos of the celebrities are going viral on social media.

Mira first shared the video on social media and wrote, “I think I wanna marry you! Celebrating 40 years of Mumma and Daddy @rajput_bela @vetaalvikram You guys make us believe in everlasting love .”

Shahid shared another video where he was seen enjoying some desi vibes with his brother Ishaan. “We got it from our mama @neliimaazeem @ishaankhatter ,” he wrote. Ishaan reposted the video on this Instagram story and wrote, “;) we can’t help it.”