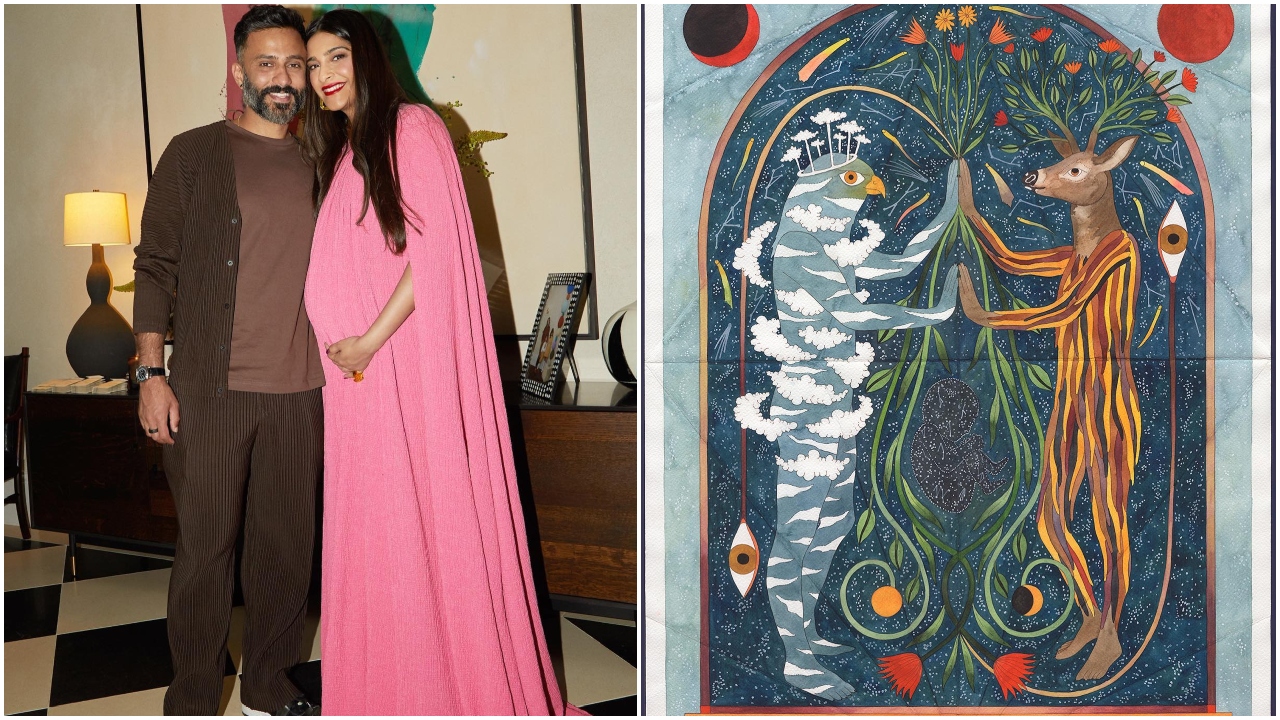 Sonam Kapoor Ahuja and Anand Ahuja had shared a beautiful piece of art to announce the birth of their first child. On social media, the couple posted the picture along with a note to share the good news. Now, decoding the meaning behind the special art work, Sonam revealed that the "universal concepts of a union between the Sky Father and the gentle, attentive and watchful Earth Mother" were represented.

She wrote, "For this momentous occasion in our life @anandahuja and I wanted @rithikamerchant to create a special art piece to announce the birth of our baby boy. And we couldn’t be more ecstatic with it. In this Art piece, Rithika refers to the universal concepts of a union between the Sky Father and the gentle, attentive and watchful Earth Mother, represented here by the Eagle and the Deer respectively."

She further added, "Eagles or hawks are associated with fatherhood and otherworldly creation (the overarching concept of the Dyeus Pita/Sky Father). Deer are associated with motherhood.They are gentle, attentive and watchful creatures. They are always on guard and can move, adapt, and survive even in the most challenging conditions."

Sonam ended the note by writing, "Ever since the early Neolithic, when the earth was much colder and reindeer more widespread, the female reindeer was venerated by northern people. She was the “life-giving mother”, the leader of the herds upon which they depended for survival, and they followed the reindeer migrations for milk, food, clothing and shelter. She was a revered spiritual figure associated with fertility, motherhood, regeneration and the rebirth of the sun."

Sonam and Anand brought their child home on Friday. They are currently living with the former's parents Anil Kapoor and Sunita Kapoor. The baby boy, fondly called Baby K Ahuja, was born on August 20.