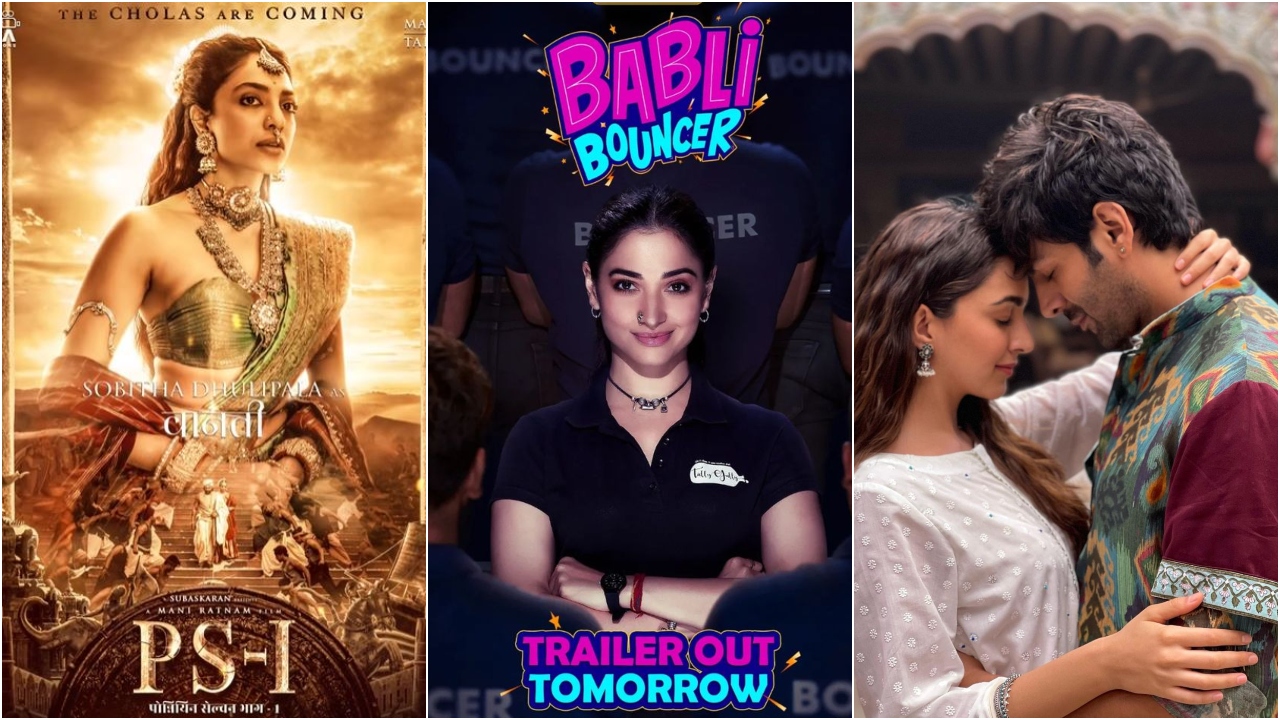 The new week is about to begin and here's looking back at all the happenings from tinsel town:

Sobhita Dhulipala will be making her Tollywood debut with Mani Ratnam's Ponniyin Selvan, popularly known as PS 1. Today, the actress shared the first look from her most awaited film. Sobhita will play the role of Vanathi in the magnum opus.

Sharing her first look poster, she wrote, "Quick-witted, courteous and so much more than what meets the eye! Presenting @sobhitad as Vanathi! #PS1 #PonniyinSelvan #CholasAreComing In theatres on 30th September in Tamil, Hindi, Telugu, Malayalam, and Kannada! #ManiRatnam @arrahman @madrastalkies @lyca_productions @tips"

Tamannaah Bhatia's upcoming comic-drama Babli Bouncer's motion poster got a smashing release on social media. The comedy-drama hails from an unusual storyline and its release had been one anticipated one. The comedy-drama follows a one-of-a-kind story of a young female bouncer, Babli Bouncer who takes us on a humourous ride with her unusual profession. The film portrays various layers of the profession usually taken up by men, giving the audience a belly-tickling ride.

When asked about the excitement on the poster release, the lead actress Tamannaah expressed, "I'm absolutely thrilled to give the audience such an unusual character play. The film's shoot has been one hilarious experience and Babli Bouncer is the most variant character I ever got to play. I was really excited to see the first look of the film. Now that Madhur Sir finally releases it, I really can't wait to see the reactions of the audience over it."

The film also ropes Abhishek Bajaj Sahil Vaid, Saurabh Shukla and Supriya Shukla in supporting roles. The film is directed by Madhur Bhandarkar, produced by Vineet Jain and Amrita Pandey and written by Amit Joshi along with Aaradhana Debnath and Madhur Bhandarkar. Babli Bouncer is set to release on Disney Plus Hotstar and will start streaming from September 23.

After the humongous success of Bhool Bhulaiyaa 2, Kartik Aaryan and Kiara Advani have reunited for Sameer Vidwans' Hindi directorial debut titled Satyaprem Ki Katha. The film went on floors on Saturday. The actors play the titular role of Sattu and Katha.