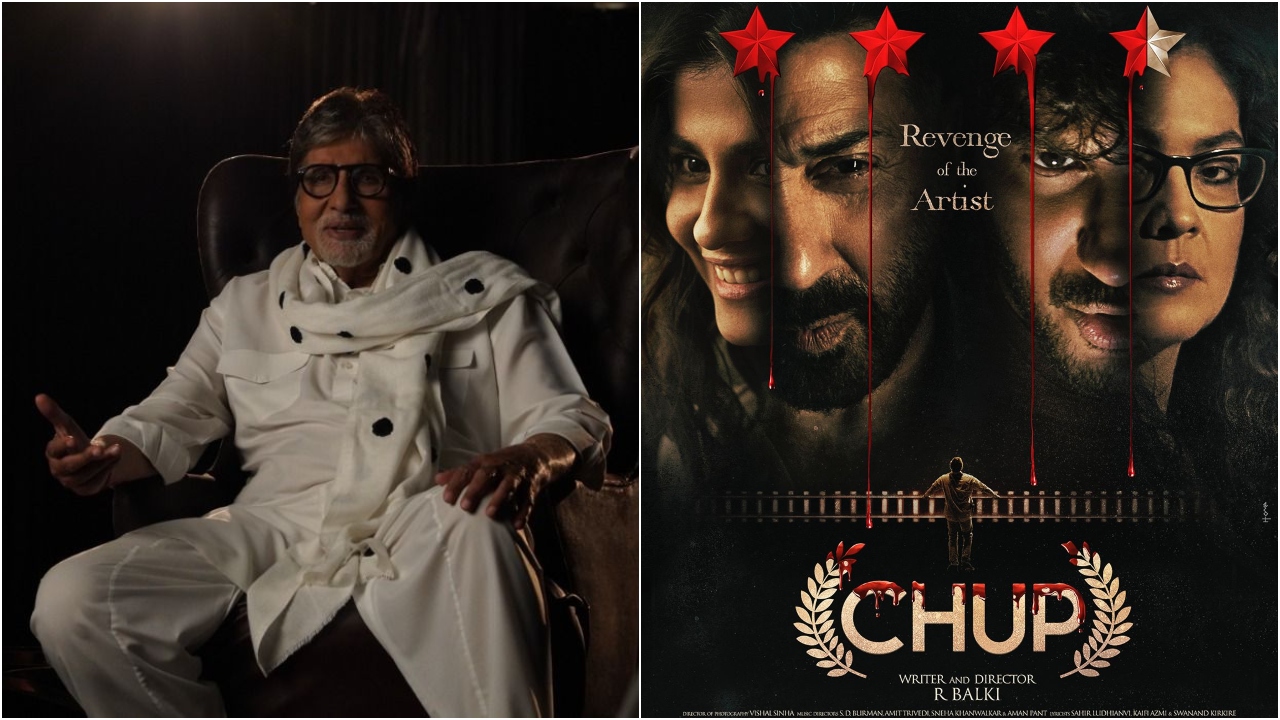 If you’ve been paying attention to the news about R Balki’s newest Chup, you might have noticed a name we are all familiar with a title we’ve never seen associated with it. Amitabh Bachchan as Music Composer. Surprising isn’t it? But rest assured, it is not a glitch. Mr Bachchan has donned many hats over the years and has also lent his voice to some iconic songs too. But this is the first time that the Shahenshah of Bollywood has composed a score and here’s the whole story from the director R Balki himself.

“It all happened impromptu. I asked Amitji to see Chup. After seeing it, he called me over and he played me a tune on his piano and said that’s what the movie and the characters made him feel. He was very touched. I was ecstatic. I asked him if I could use the tune and he immediately gifted it to the movie. Today Chup is the first film that has got Amitji's official composition as the score for the credits," he said.

Dr Jayantilal Gada (Pen Studios) presents the film and all India distribution is by Pen Marudhar. The director of photography is Vishal Sinha and the music directors are S D Burman, Amit Trivedi, Sneha Khanwalkar and Aman Pant. Lyrics by Sahir Ludhianvi, Kaifi Azmi, Swanand Kirkire. Pranab Kapadia and Anirudh Sharma are co-producers of the film. It will release on September 5, 2022.