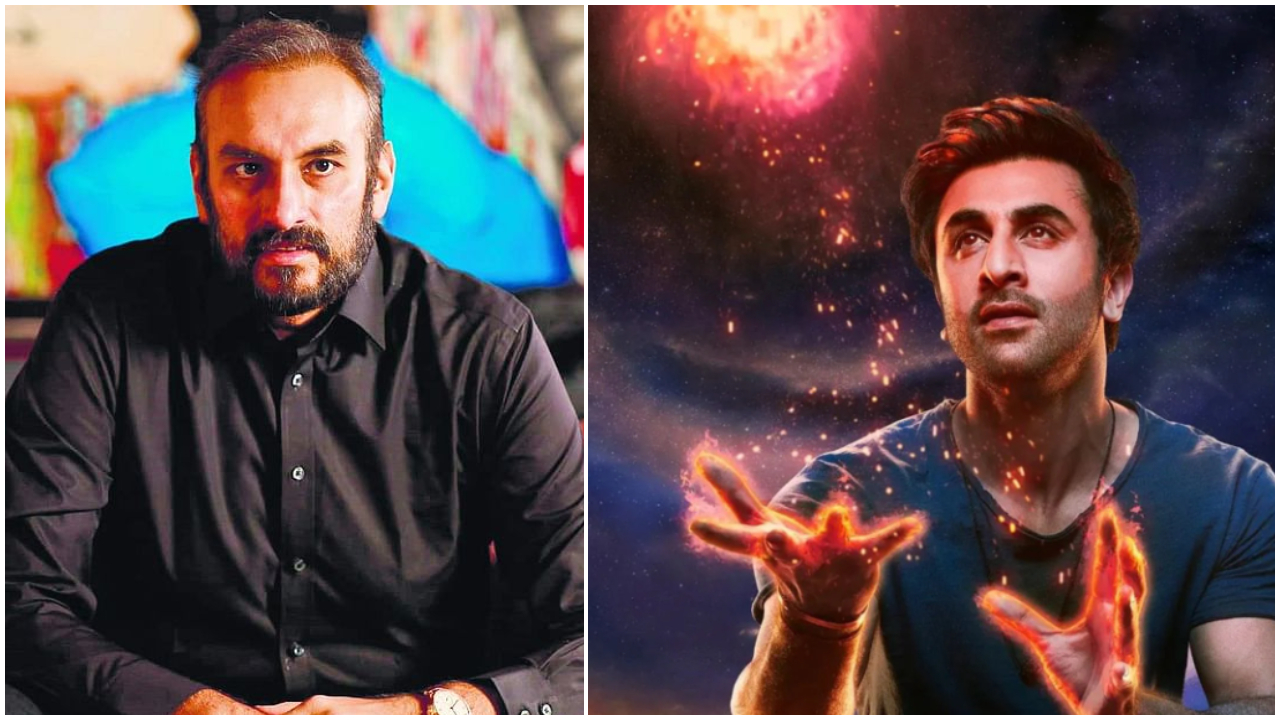 The country’s highly anticipated film Brahmastra: Part One – Shiva has finally hit the theatres and the film is more star-studded than ever. With Alia Bhatt, Ranbir Kapoor & Amitabh Bachchan in the lead, one thing which has also managed to be made a grandeur space in the minds of the audience is its - VFX Capabilities. The first edition of Ayan Mukerji's epic fantasy termed Astraverse is out and it has already started to capture the imagination of the viewers and continues to amaze them post the Friday release.

An ambitious story directed by Ayan Mukherji along with a diverse pool of talent, the benchmark was set high enough to represent Indian films at a global level. To help achieve this, Namit Malhotra, Founder of Prime Focus Limited, Chairman and Global CEO of a seven-time Oscar-winning company DNEG came on board as a Producer and joined the team of renowned studios like Fox Star Studios, Disney and celebrated producer Karan Johar’s Dharma Productions.

Brahmastra is an ambitious trilogy that is a unique confluence of ancient Indian mythology, spirituality, culture, and modern technology, creating a visual spectacle, the likes of which have never been seen before in the history of Indian Cinema. It is the first of its kind to envision a cosmic universe that has been made true to scale through the lens of VFX and Technology.

Prime Focus, partnered with the creators of Brahmastra at every stage of the process, ensuring creative enablement, workflow efficiencies and project optimization. The ripple effect of this partnership with Prime Focus led to Brahmastra being the first project during the ongoing pandemic to extensively use Prime Focus’s incubated technology CLEAR™ and Media ERP suit ensuring seamless data transfer of high quality shots and data security from inception to delivery.

Modern technology has played a massive role in the creation of this adventure fantasy film and couldn't be achieved without the technical advancements and expertise of a truly global media integrated studio. The makers of Brahmastra roped in the talented teams of Prime Focus Group that delivered 3D Conversion on critically and technically acclaimed movies like Avatar and Gravity. Prime Focus teams were also entrusted with the task of cloning and mastering of the digital assets for regular and IMAX 3D screens. The PF group also provided the colour grading (DI) services for the film and this complex task was achieved to blend the fantasy world with the real seamlessly. The editing of Brahmastra was under the supervision by PF’s very own co-founder, Prakash Kurup.

Additionally, Brahmstra was also supported with On-set Camera Equipments and state of the art sound stages. Jam8, a music and sound design studio led by Pritam in partnership with Prime Focus contributed to the epic sound effects and scores for Brahmstra that are sure to tantalize the viewing experience.

With a proven track record of 25 years in media integrated solutions, Prime Focus’ renowned VFX studios DNEG and ReDefine’s global teams collaborated with the makers to produce the magnificent visual effects that we see today in the shots of Brahmstra. The same teams from DNEG have also contributed to Oscar-winning movies like Dune, Tenet, Bladerunner 2049, First Man & more. This massive feat was achieved by over 3000 artists from the Prime Focus group over the period of the last four years.

In comparison to Avengers: End Game's 2,400 VFX shots, Brahmastra Part 1: Shiva boasts over 4500 VFX shots, making it a potential record holder for the most visual effects in any film globally. The VFX of this movie is set to land the audience in an immersive experience, the creative and technical teams across London, North America, and India worked in synergy under the guidance of Namit Malhotra, who was involved in the making of this movie right from its inception to final delivery.

Commenting on the upcoming release of the movie, Mr Ayan Mukerji, Director of Brahmastra, said, “Brahmastra is very close to my heart. The idea of Brahmastra was ploughed into my mind way before I even realized it. I grew up listening to the stories of Indian history and mythology and was always fascinated by them. I wanted to create a story that was deeply rooted in Indian spiritual history but also had modern twists and turns. Inspired by many movies that brought fantasy worlds to life, I envisioned creating the world of Brahmastra in a way that would challenge the limits of Indian cinema. Namit and his teams were an integral part of this journey and have worked hard alongside me to bring this adventure film to life. The relentless work of his team and the hard work of the entire team and cast of Brahmastra has allowed us to bring to the audience, a film like never before.”

Excited about the release of the movie, Mr Namit Malhotra, Producer of Brahmastra, said, “From editing small budget projects to delivering Oscar worthy cinematic experiences, it’s been quite a long and rewarding journey for us. All these experiences over the past 25 years combined with technological and VFX advancements have helped us bring Ayan’s vision, Brahmastra to life - our biggest Indian project to date. I feel truly honored to be a part of such a project alongside Ayan, Karan Johar, Dharma Productions, Disney and Fox Star Studios.

The concept of the Astras is deeply rooted in Indian mythology and immense attention to detail and research have gone into creating them for the screen. Our goal was to enable Ayan to create a first-of-its-kind Astraverse that would have the audience at the edge of their seats. This couldn't have been achieved without the unabating hard work from teams across Prime Focus, DNEG, and ReDefine. Today, I am truly proud of the work we have done with Brahmastra and I hope it sets a benchmark and inspires many filmmakers and artists to push the envelope.”