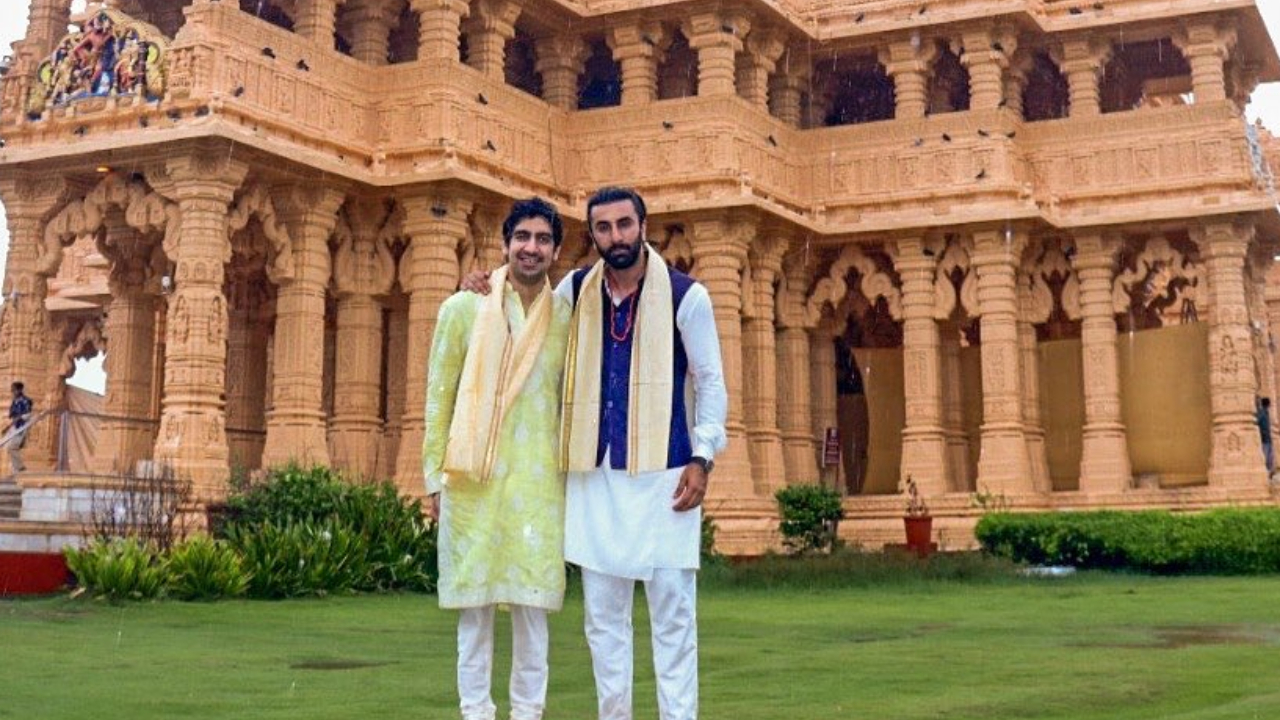 Alia Bhatt and Ranbir Kapoor are riding high on the success of their last release Brahmastra which is going great guns at the box office. The couple was photographed at Kalina airport today in ethnic wear as they jetted off for Gujarat. Alia looked stunning in comfy Indian wear while Ranbir looked calm in a white kurta pyjama and coat. Although director Ayan Mukerji were not clicked by the paparazzi with the actors but he later revealed their destination to be Somnath Temple in Gujarat as he shared a picture with Ranbir on social media.

Ayan Mukerji took to social media to reveal that he and Ranbir visited the holy Somnath Temple to seek blessings and mark the success of Brahmastra. Alia was not a part of the picture at the temple. Ayan revealed that this is his third visit to a jyotirling this year. In the caption he wrote, “Somnath Temple   My Third Jyotirling Visit this year Had told myself I would come here after Brahmstra releases, and am so happy and energised that we made it here! #gratitude."

Before Somnath, Ayan had visited Mahakaleshwar Temple in Ujjain but Ranbir was denied entry to the temple premises by protestors who took offence at his 2012 comment about being a big beef eater. Brahmastra Part One: Shiva also stars Mouni Roy, Nagarjuna Akkineni and Amitabh Bachchan in pivotal roles. Shah Rukh Khan and Dimple Kapadia are seen in cameo appearances. The film has entered the Rs 100 crore club and is doing pretty well at the box office.

Ayan has said that Brahmastra Part Two: Dev will release in 2025.