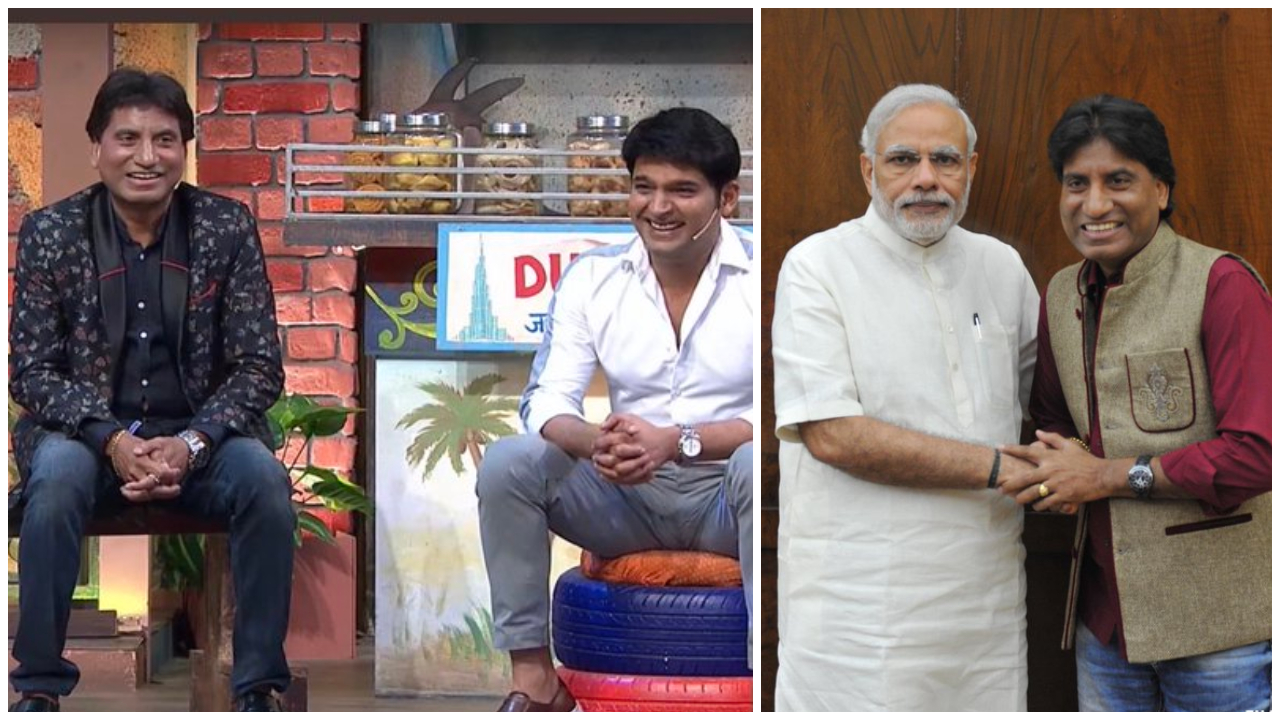 India has now one more less reason to laugh because the country’s favourite stand-up comic Raju Srivastava aka Gajodhar Bhaiya passed away today at 58 years of age. He was admitted at AIIMS Delhi after suffering a cardiac arrest on August 10 while exercising at a hotel gym. He was rushed to All India Institute of Medical Sciences (AIIMS) and underwent angioplasty. Since then, he was on the ventilator and never gained consciousness. His demise has left a deep void in the hearts of his fans as well as among political leaders and film fraternity, all of whom deeply admired Raju Srivastava for his wit, humour and clean comedy.

Raju Srivastava brightened our lives with laughter, humour and positivity. He leaves us too soon but he will continue to live in the hearts of countless people thanks to his rich work over the years. His demise is saddening. Condolences to his family and admirers. Om Shanti. pic.twitter.com/U9UjGcfeBK

Anguished to hear about the demise of Comedy Legend Raju Srivastav Ji.

An Entertainer par Excellence, his mannerisms & observational comedy truly mirrored the daily life of us Indians.

My condolences to his family members. Om Shanti

In your lifetime you gifted us laughs & more laughs, on & off the screen. Your untimely demise makes me very sad.
RIP Raju. Shanti.
May the Almighty give your family strength in this hour of bereavement pic.twitter.com/RWG6AcHrid

Shocked & Broken with the news of our favourite #RajuSrivastav Ji My heartfelt condolences to his family. #riprajusrivastav pic.twitter.com/SLbJtZqiHk

The man who made us laugh till we had tears in our eyes - Raju Srivastava - Rest in Peace. A beautiful soul gone too soon. Condolences to the family. @iRajuSrivastava pic.twitter.com/RxhEIWWIL3

Forever in our hearts. Rest in peace Raju Srivastava Sir. My condolences to the family

My brother, friend & the country's wave of happiness, Raju Srivastava is no more. I'm deeply saddened. An artist like him is rarely seen, India hasn't seen another like him. I pray that his soul rests in peace. My prayers are with his family, fans: Film director Vivek Agnihotri https://t.co/YbHSLsVlEj pic.twitter.com/powZYElaU7

Wat I was dreading for the past one month has happened.Raju Srivastava has left all of us for his heavenly abode.Devastated to hear the news.May God grant him eternal peace.#OmShanti

Raju was the funniest man alive.we will all miss him forever.I had the privilege and honour of judging him on many shows including "The Great Indian Laughter Challenge that catapulted him to unimaginable heights"He was unique and inimitable.Long live Raju!

Raju's observational humour was so unique,so minute,so sharp.His ability to make inanimate objects talk was out of this world.His demise is a National loss.We all prayed and prayed for him but alas God needed him more than us.Good bye Raju,you will stay in our smiles forever!

You were a true legend of stand up comedy.
#RajuShrivastava pic.twitter.com/yGyXC1nscI

Very sad to hear of the passing of Raju Shrivastava. A wonderful co actor and a brilliant comedian. My thoughts and prayers to him, his family and his millions of fans. Thank you for sharing your talent with us, Raju.

I am shocked.. Comedy legend #rajushrivastav is no more. You made the entire world laugh.
Rip # Ji#endofanera pic.twitter.com/F1l2MQ9DMj

The great comedian, the most humble and respected @iRajuSrivastava bhai has sadly left us with his memories.
May God bless his soul, rest in eternal peace. Om Shanti. pic.twitter.com/GwvpmUKkAN

A man who brought laughter on millions of faces. A true friend and a thorough gentleman.
Gone too soon.
Rest in Peace #Raju Bhai
Wishing lots of Strength to the whole family. pic.twitter.com/reFdJnwJCf

Raju Srivastava has gone ! Hopefully the lesson that he leaves behind is that irreverence should be our default state . To laugh in the face of authority is a fundamental right . Alvida !

Saddened to hear the tragic news of Raju Srivastav's untimely demise. He made us all laugh with his amazing comic timing for so many years we have lost a gem. My deepest condolences to his family members & admirers. #OmShanti pic.twitter.com/NJw68EpcRH

Deepest condolences to the family and loved ones of Late Raju Srivastava ji. May God bless his journey into the light #RIPRajuSrivastava

RIP LEGEND #rajusrivastava. Will always cherish this evening. Thanks for the entertainment and inspiring a generation of comedians. pic.twitter.com/DNxckkCIQn

Raju Srivastava is survived by his wife Shikha and daughter Antara and son Ayushmaan.