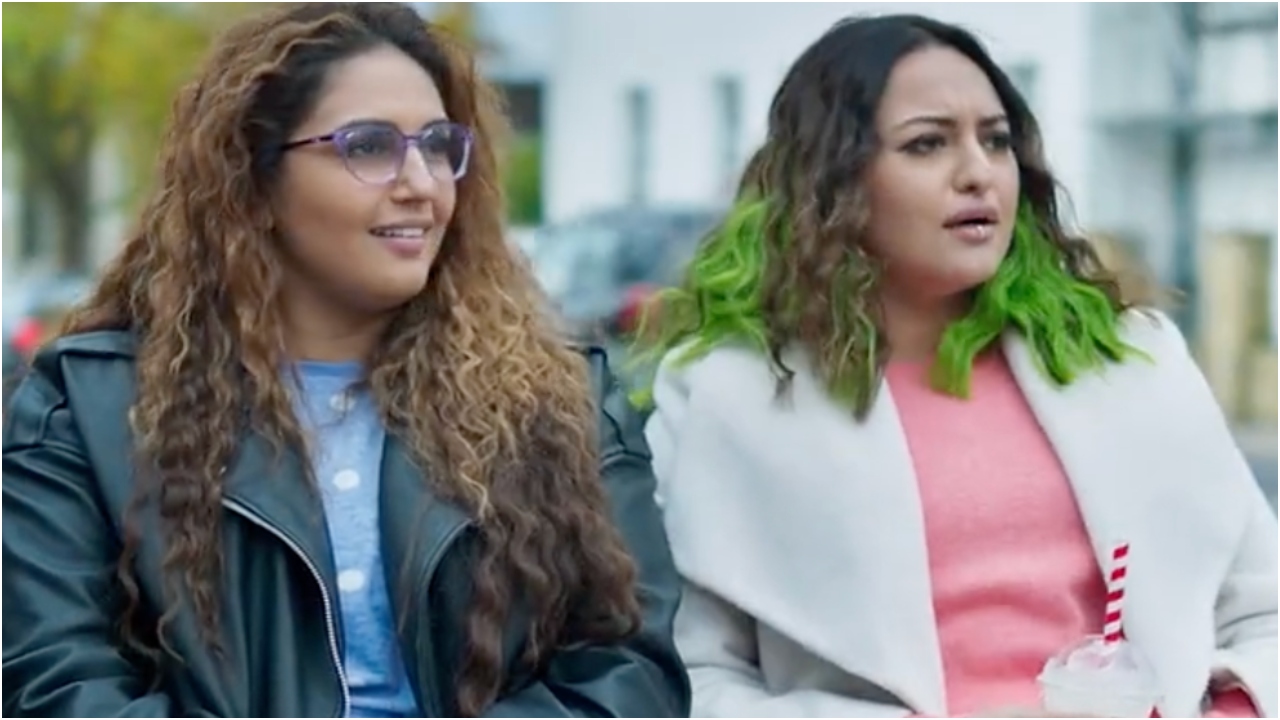 The Weight Wait is Finally Over as T-Series, Wakaoo Films & Mudassar Aziz’s Double XL is finally out with its teaser. Huma Qureshi and Sonakshi Sinha's slice-of-life, comedy-drama directed by Satramm Ramani, questions bodyweight stereotypes that have long been plaguing our society, in the most humorous manner.

Adding to the anticipation was a special surprise by the makers who announced the release date of the film. Audiences won’t have to wait much longer as the entertainer is all set to hit theatre screens on October 14, 2022. Shot extensively in India and the UK, Double XL explores a journey into the hearts of two plus-size women, one from heartland Uttar Pradesh and the other from the urban New Delhi, as they navigate through a society that’s often attributed beauty or attraction to a woman’s size.

From fries to fun..all good things in life come in #DoubleXL sizes!

A story of friendship and dreams filled with masti is coming in cinemas near you on 14th Oct 2022.#DoubleXL #baatmeinWAZANhai pic.twitter.com/U8HDyT3FW3

Here to reveal that their “gorgeousness” has been unknown to the world in so many more ways than one in Double XL, Sonakshi Sinha and Huma Qureshi underwent a massive body transformation and had even piled on the extra pounds for their roles in the film, also starring Zaheer Iqbal, Mahat Raghavendra and a talented ensemble star cast.