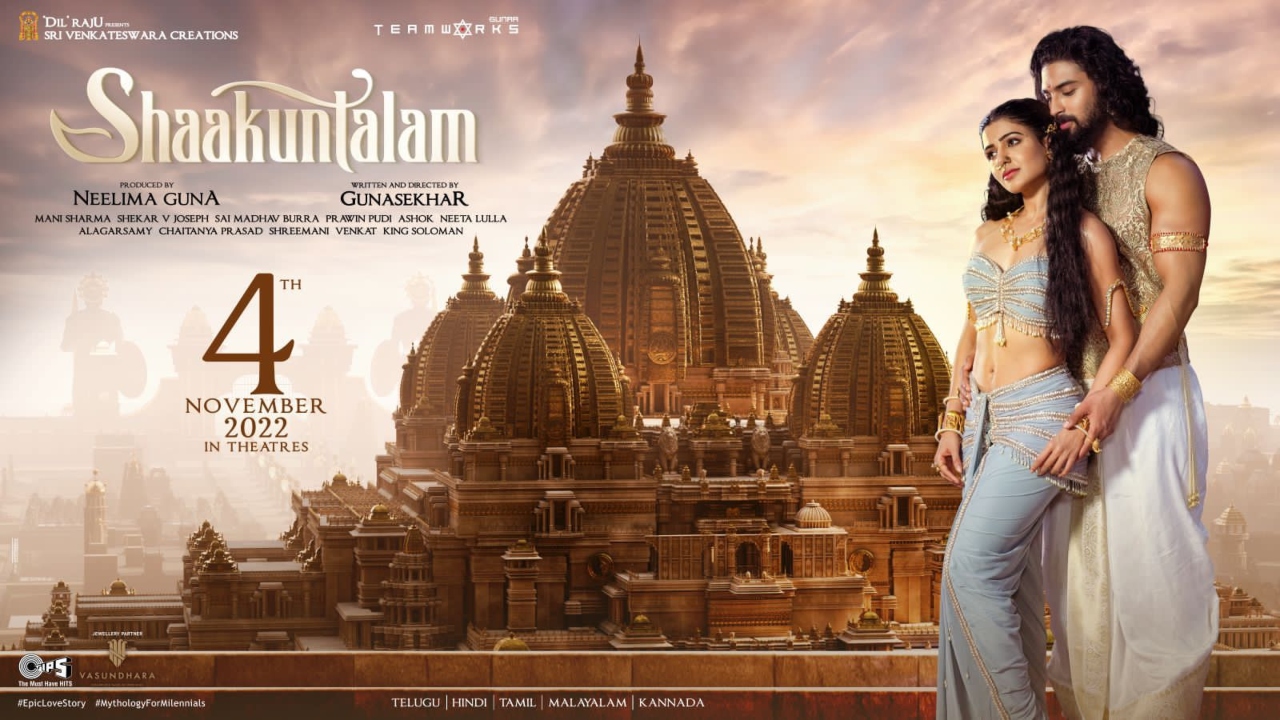 The massively mounted film Shaakuntalam based on internationally acclaimed Kalidasa’s Sanskrit play ‘Abhijnana Shakuntalam’ is all set to release in Hindi, Telugu, Tamil, Malayalam & Kannada. The story of Shaakuntalam revolves around the epic love story of Shakuntala and King Dushyant from Mahabharata, portrayed by Samantha and Dev Mohan.

The first poster of the film came out recently and the audiences were mesmerized and their enthusiasm elevated to the highest level to watch this upcoming mythological drama. The film is helmed by supremely proficient, Director Gunasekhar and marks a whimsical tale of love set in the Kashyapa Kanumalu (Kashmir), the grandeur and splendour of Dushyant’s Puru Dynasty making the film extremely exceptional.

Presented by Dil Raju under Sri Venkateswara Creations in collaboration with Gunaa Teamworks, Produced by Neelima Guna, and Written & Directed by Gunasekhar, the film is all set to release on November 4, 2022.

Have seen very few marriages work in my life: Ali Fazal on disproving