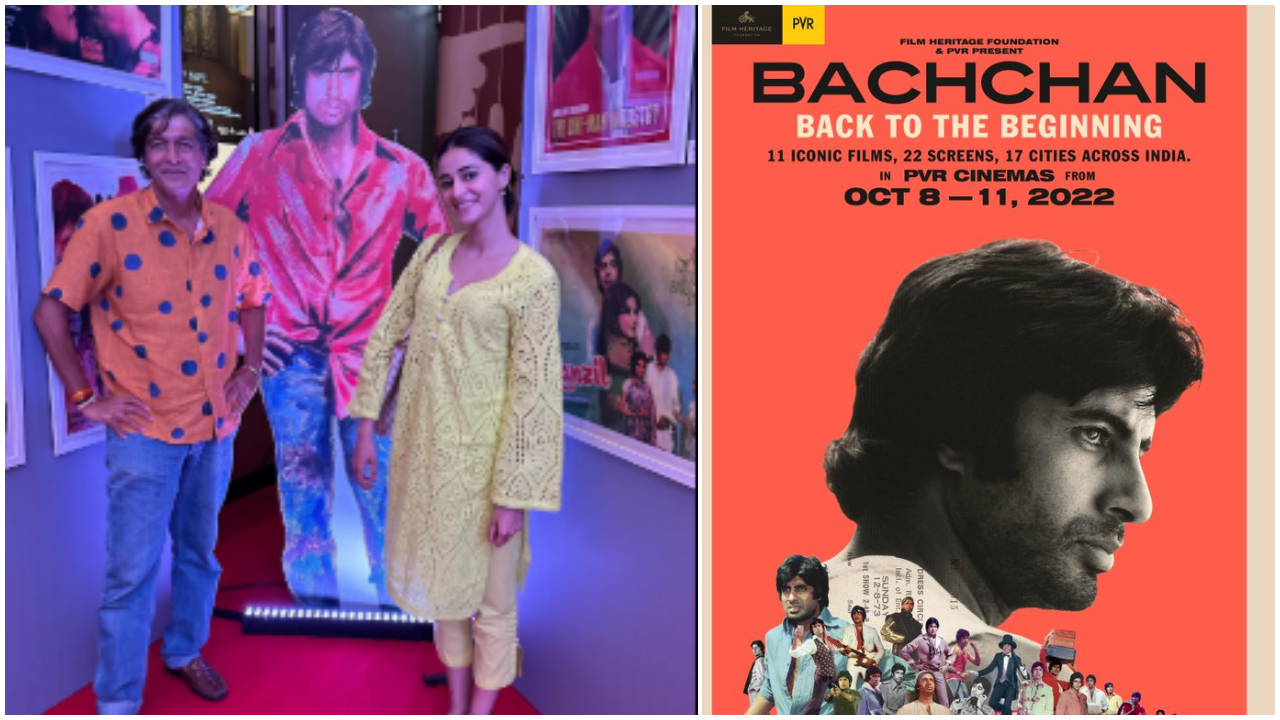 There is and always will be only one megastar - Amitabh Bachchan! For the joyous occasion of the legend's 80th birthday, the Film Heritage Foundation announced an event spanning over 4 days, titled Bachchan Back To The Beginning. It started on October 8 and will end October 11, on his birthday. The gala is covering a colossal 172 showcases and 30 screens across 22 cinema halls, all over India. Last night at PVR Juhu, R. Balki , Gauri Shinde and the entire crew of English Vinglish joined celebrities such as Shabana Azmi, Gauri Shinde, Sanjay Kapoor, Chunky Panday, Shanaya Kapoor and Ananya Panday.

It was a midnight surprise for Big B, which screened Amar Akbar Anthony with special guests. The retrospective was organized by Shivender Singh Dungarpur and the Film Heritage Foundation. At midnight, all of them wished Big B a happy birthday and sung for him too. Balki also makes it a point to carve out an important role for Big B in all his movies, which shows what a great and solid bond they share. They've delivered masterpieces like Paa, Cheeni Kum and Shamitabh. Fans present there were stoked and surprised and couldn't stop with their applause.

Balki said, "I'm just overjoyed to experience Amit Ji's cinematic brilliance on the silver screen all over again. The tremendous and overwhelming response he has got from all over India, felt like we're living in the era of his early superstardom all over again! We're privileged to have a phenomenon like Amit Ji amongst us and his legacy will live forever."

Balki's latest release Chup: Revenge Of The Artist has received immense love from fans and critics and is being termed as one of the most intelligent thrillers of recent times.