Advertisement
HomeBOLLYWOODENTERTAINMENT NEWS'Hope you fall,’ says Jaya Bachchan to paparazzo who stumbled; netizens lash out at her rude behaviour

'Hope you fall,’ says Jaya Bachchan to paparazzo who stumbled; netizens lash out at her rude behaviour 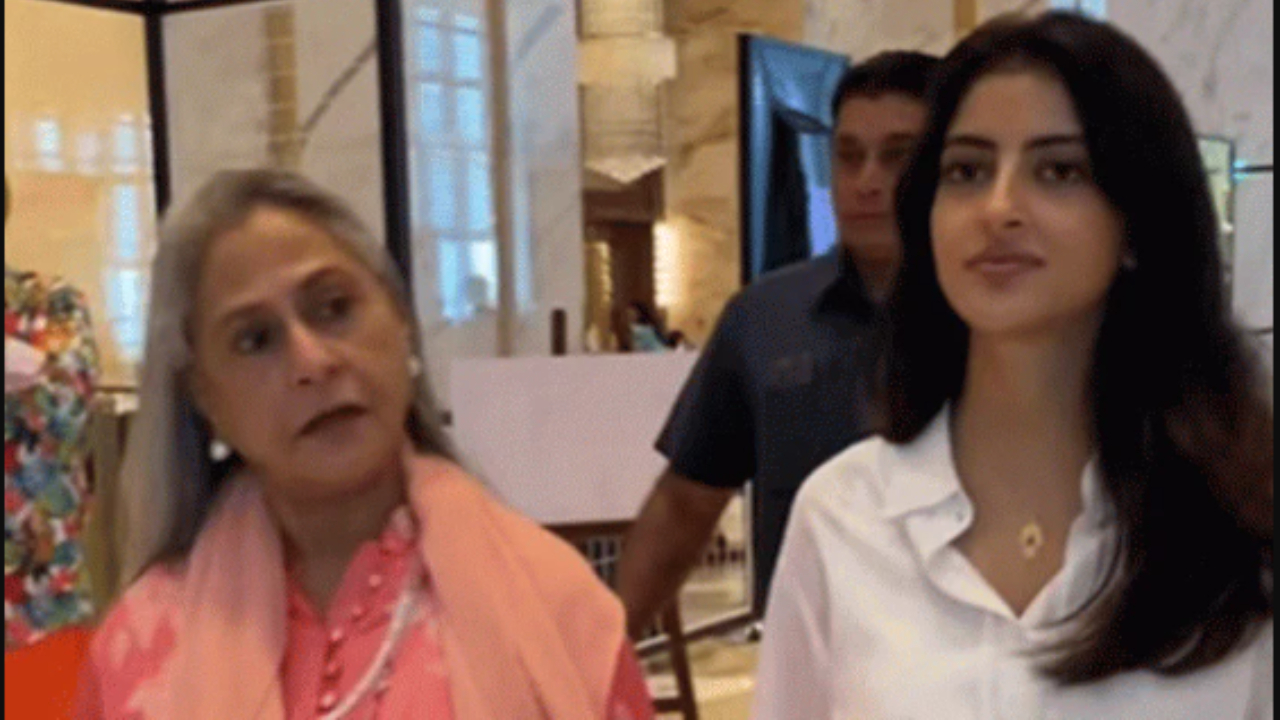 Jaya Bachchan, on Sunday, attended the Lakme Fashion Week in Mumbai with her granddaughter Navya Naveli Nanda. However, she once again made it to the news for all the wrong reasons. Her encounter with the media is creating a heavy buzz on the internet that has irked many netizens. In a viral video, the veteran actress can be seen walking inside the venue with Navya when a paparazzo stumbled while clicking their pictures. On seeing this, Jaya says, “Serves you right.”

After a while she added and said, “I hope you double up and fall." Her reaction did not end here as she asked the media persons about the organization they belong to. When they answered they were a part of paparazzi teams like Viral Bhayani and Manav Manglani, Jaya feigned confusion. “What? Who? Kaunsa akhbaar hai yeh (Which newspaper is this)?” An uncomfortable Navya, who was walking alongside her nani was seen trying to calm her down but failed as Jaya kept questioning the camerapersons.

This insensitive behaviour did not sit well with the netizens who called out the actress for being extremely rude and sadist. A user wrote on Twitter, "What is she always angry about!" while another wrote, "She shouldn't be give this much priority by media." Another user wrote, "This is what Bollywood Bhaands like Jaya Bachchan think of normal people. What kind of senseless person would wish for people to fall harder and get injured?"

This is what Bollywood Bhaands like Jaya Bachchan think of normal people. What kind of senseless person would wish for people to fall harder and get injured? pic.twitter.com/FH2xWClHNi

Every time she appears in her real self, I feel bad for Amitabh and Aishwarya.

My God!
She reminds me Betaal of "Vikram aur Betaal" ‍

It's highly unfair of Jaya Bachhan to say such things to a person who is doing his professional duty. She should recall the time when millions of common folks prayed for her husband to recover from a near-fatal injury.

Always in a frustrating mode...

Sadly she comes across as a person very dissatisfied with her whole life. Forever angry and cringing.

She has always been so arrogant. Be it Parliament or in public. She is a failed actress without that @SrBachchan surname she is zero.

what's wrong with her? Why is she so mean to others, she seems very depressed and angry with her life all the time.

We all would have thought that, her stature, fame & success of her husband, she must be humble & kind.

But OMG, she never misses to be an awful person.

Somebody would have helped that falling photographer. Instead she showed her irritated mood as usual. My sympathy to Amitabh bachchan, Abhishek Bachchan and Aishwarya Rai

Jaya is a four-time Rajya Sabha MP from Samajwadi Party and has been in the parliament since 2004. Such insensitive conduct from a celeb and political leader is completely unwarranted.