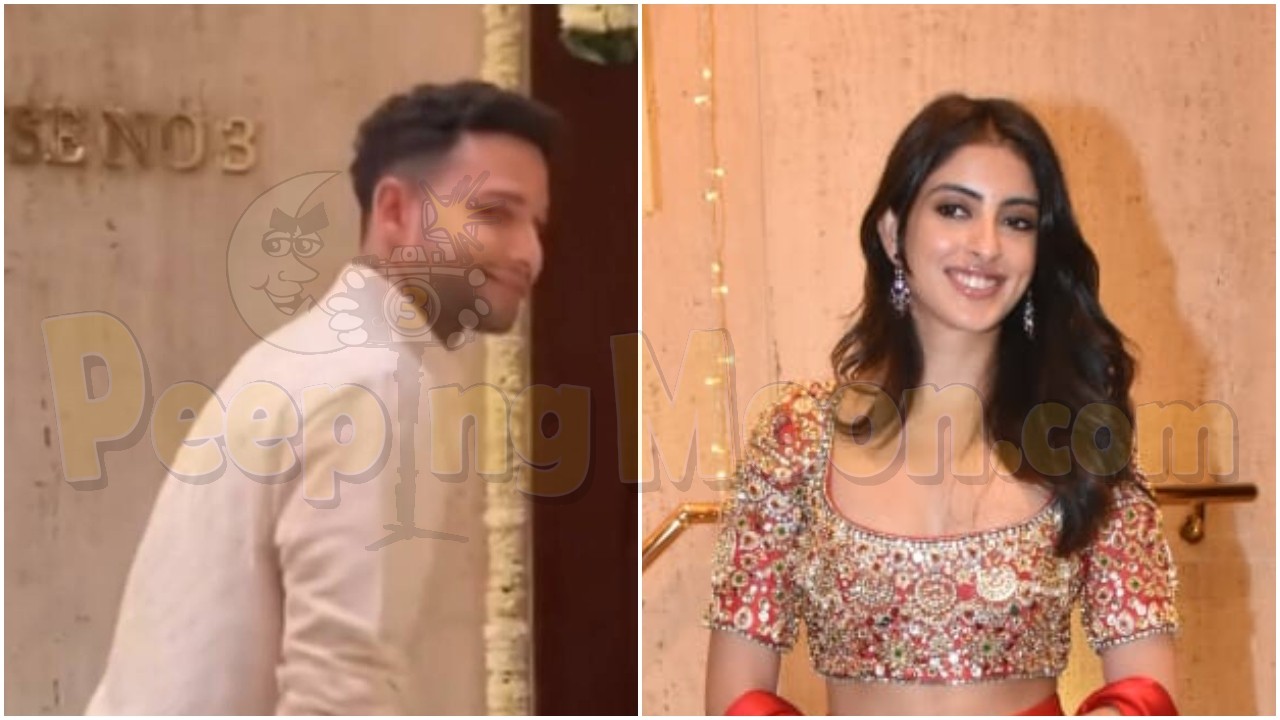 Renowned fashion designer Manish Malhotra hosted his B-Town friends at his residence on Thursday evening. He threw a star-studded Diwali bash which was attended by the who's who of Bollywood. Siddhant Chaturvedi and Navya Naveli Nanda were among the guests. For the unversed, there are rumours that they are dating.

Despite being at the same party, Siddhant and Navya posed separately for pictures. Now, in a viral video, when Siddhant rushed past the paparazzi outside Manish's residence, one of the photographers teased the actor. A person said, "Sir, Navya ji aa rahe hain, ruk jaiye na." The actor was left surprised and turned around again to give a sheepish smile. Blushing secretly, Siddhant made a gesture that said, "What are you guys asking?"

Siddhant and Navya are rumoured to be dating each other for a couple of months. However, they are yet to address the speculation. Siddhant is an actor who is gearing up for the release of his next film Phone Bhoot co-starring Katrina Kaif and Ishaan Khatter. Navya, the granddaughter of Amitabh Bachchan and Jaya Bachchan, is an entrepreneur.