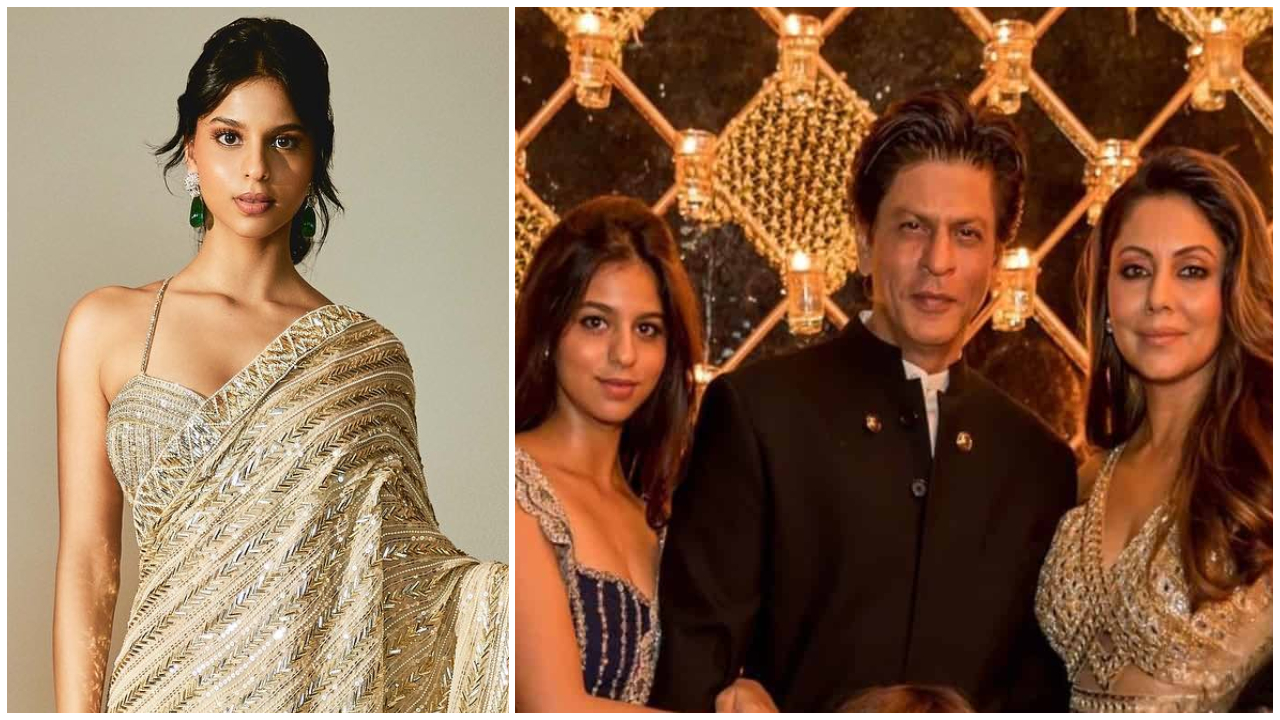 Shah Rukh Khan and Gauri Khan’s daughter Suhana Khan turned heads when she attended Manish Malhotra’s Diwali party. She treated her fans to her look for the bash in an elegant and gorgeous saree. Not only she grabbed the attention of her fans and friends but also got compliments from her parents Shah Rukh and Gauri.

In the pictures, Suhana posed holding the pallu of her sequined golden saree, paired with a spaghetti-strap blouse. She posted the picture with only a yellow heart emoji sans any caption and tagged fashion designer Manish Malhotra.

SRK took to the comments section to respond to her ethnic look and wrote, “The speed at which they grow up, defies the laws of time….so elegant & graceful (did u tie the saree urself??!! ).” Replying to him, Suhana revealed it was Gauri who helped her with the saree. “@iamsrk love youuu uhh no @gaurikhan did it for me.” Gauri also commented on the picture and wrote, “Sarees are so timeless.”

Suhana’s picture left the internet in a frenzy as netizens complimented her and applauded the father-daughter banter. They also compared her to Deepika Padukone and one fan called her, “Next Deepika Padukone”, another said, “She looks like DP.” One more fan said, “For a sec I thought it was Deepika.”

Suhana will be making her Bollywood debut with Zoya Akhtar’s The Archies that will release next year on Netflix. It also stars Khushi Kapoor and Agastya Nanda.