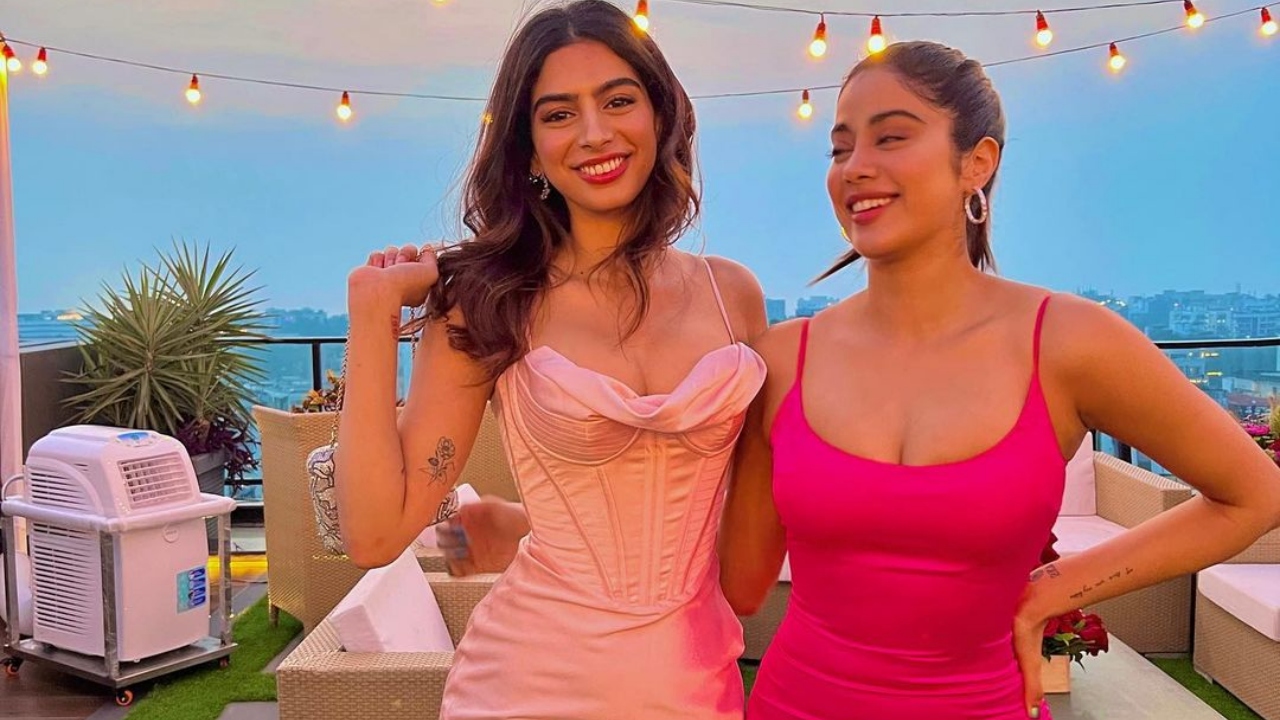 Janhvi Kapoor's dating life has been in the limelight as well as her acting career. Ever since she made her debut a few years ago, the young actress has fielded numerous rumours about her personal life. Talking about the worst thing she read about herself, Janhvi told an entertainment portal that there were rumours that she and her younger sister Khushi Kapoor dated the same person.

In an interview, she said reports claimed that after she broke up with her childhood friend Akshat Ranjan, Khushi started dating him. "That I was dating Akshat Rajan, who is my childhood best friend, and then I broke up with him and now Khushi is dating him. None of us ever dated him. He has just been our bestest friend since we were babies," Janhvi told.

Recommended Read: She said I won’t eat non-veg till you stop smoking: Janhvi Kapoor on how Sridevi convinced Boney Kapoor to stop smoking

Janhvi, who made her acting debut with Dhadak in 2018, was rumoured to be dating her co-star Ishaan Khatter. After breaking up with him, she was said to be in a relationship with Kartik Aaryan, who was roped in to headline Dostana 2 with Janhvi. The film has been put on the backburner now post Kartik's exit.

Khushi is also stepping into the industry with Zoya Akhtar's Netflix film, The Archies.