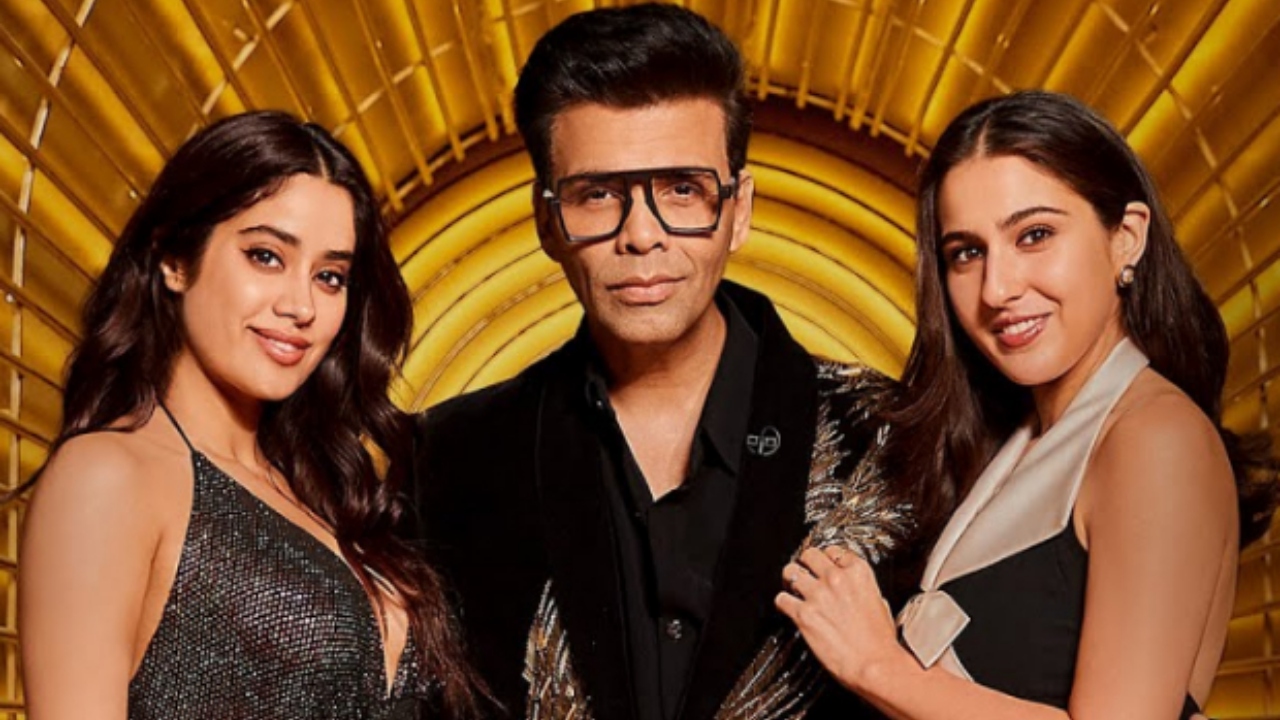 Karan Johar hosted Janhvi Kapoor and Sara Ali Khan on Koffee With Karan 7. While netizens loved the young actresses and their bonding, some felt Karan was favouring Janhvi over Sara. Now, in an interview, Janhvi reacted to the claims and defended the filmmaker.

"God. You know, it's not that deep. I love Karan, Karan loves me. I love Sara, Sara loves me. Karan loves Sara. It's all good. But if it gave people a kick to assume that there was some partiality, then that's on them. There honestly wasn't any of that. Karan was overcompensating. I think he clarified also," told Janhvi.

She further added, "You know how it is, when you're genuinely close to people, you don't try to put on a facade. How are you with your friends? Don't you pull their leg? There's always been a freeness with which the three of us interact with each other, and Karan's too much of a well-wisher to everyone in his life to..."

Karan had reacted to the same at the trailer launch of Liger in Mumbai. He told the media, "I have to say it’s completely untrue. I was just feeling sad that Janhvi lost both the rounds, she lost the rapid-fire round and the game round and perhaps I was just trying to be just nice and in that process, everybody read it wrong. I love them both dearly, they are wonderful girls and artistes and I’ve known them ever since they were three years old so there is no question of a bias, not with them, not ever."

Janhvi is currently promoting her upcoming film Mili which will release on November 4.