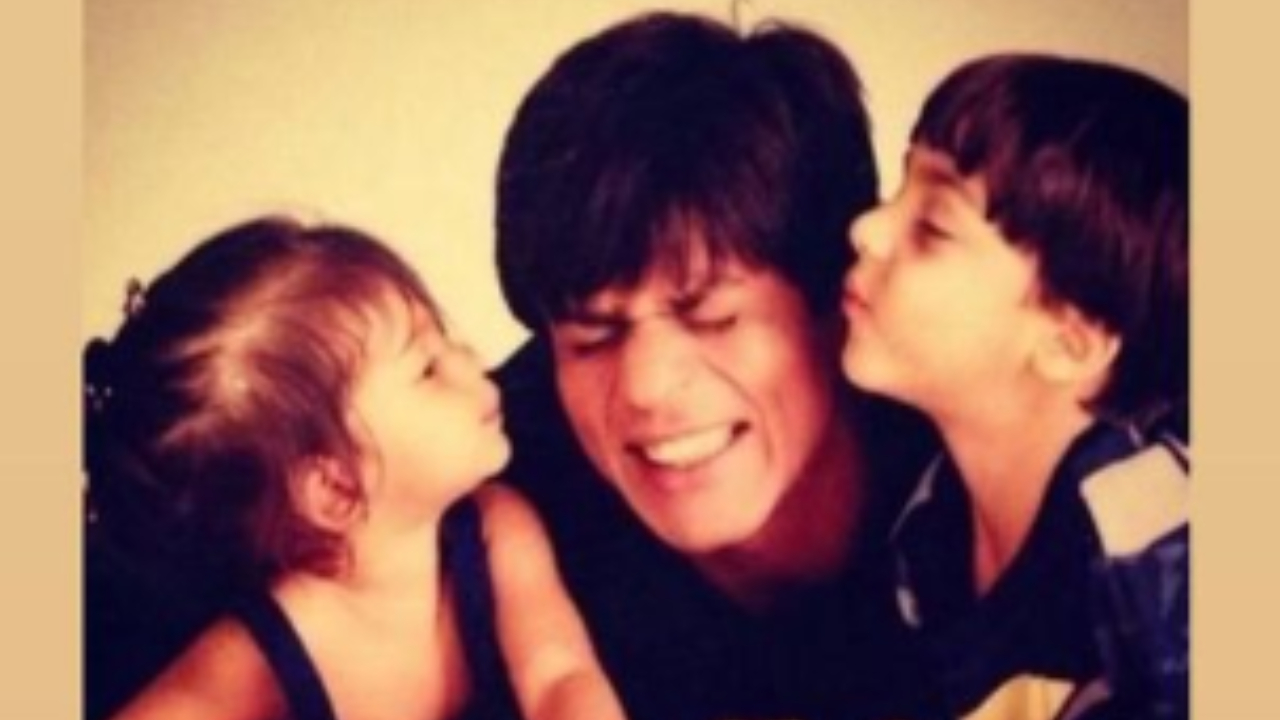 Shah Rukh Khan has turned 57-yars-old today on November 2, 2022 and the world is celebrating, especially since the actor has given his fans a special gift in the form of Pathaan teaser. After receiving tons of birthday wishes from celebs and fans alike, SRK’s daughter Suhana Khan also wished her daddy dearest in her own special way. She posted a throwback picture featuring Shah Rukh, brother Aryan Khan and herself on her Instagram Stories and wrote an adorably cute note for the superstar.

Taking to her Instagram Stories, Suhana wrote, “Happy Birthday to my bestest friend I love you the mosttt @iamsrk (sic).” The picture showed young Suhana and Aryan giving pecks to SRK on his cheeks.

Suhana also shared Pathaan’s teaser on her Instagram stories. On the other hand, the star kid is all set to make her debut in Zoya Akhtar’s The Archies which will release on Netflix. The film also stars Khushi Kapoor and Agastya Nanda and serves as the debut launch for all three of them.

SRK on the other hand, will rule 2023 with not one but three back-to-back releases. He has YRF’s Pathaan, Atlee’s Jawan and Rajkumar Hirani’s Dunki slated for release in the next year.