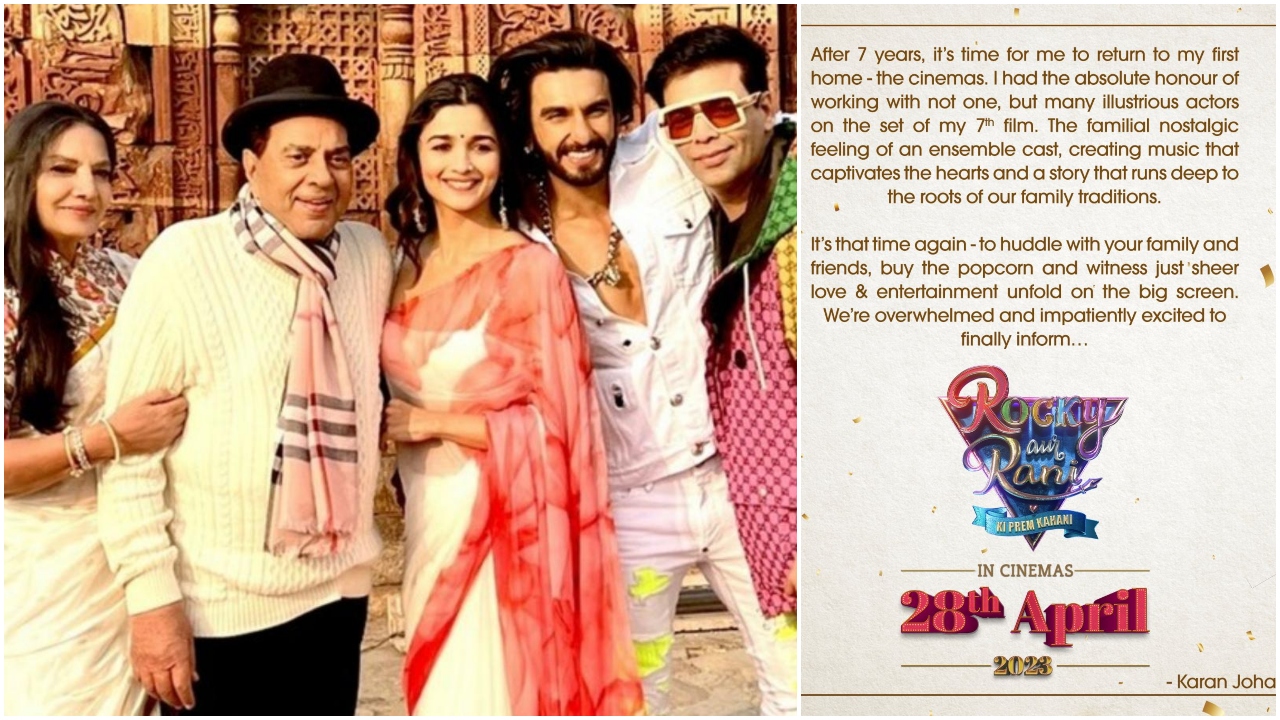 Karan Johar wore the director's hat after a gap of 5 years. He directed Dharmendra, Shabana Azmi, Jaya Bachchan, Ranveer Singh and Alia Bhatt in Rocky Aur Rani Ki Prem Kahani. Today, the filmmaker announced the new release date of the rom-com which is April 28, 2023. He shared a statement on Instagram this evening.

In his statement, Karan wrote, "After 7 years, it's time for me to return to my first home-the cinemas. I had the absolute honour of working with not one, but many illustrious actors on the set of my 7th film. The familial nostalgic feeling of an ensemble cast, creating music that captivates the hearts and a story that runs deep to the roots of our family traditions."

Recommended Read: PeepingMoon Exclusive: Not sure yet, I believe Arijit Singh will have multiple songs in it: Lakshay Kapoor on singing in mentor Karan Johar's Rocky Aur Rani Ki Prem Kahani

Karan wrote in his caption, "My heart is filled with excitement and gratitude…#RockyAurRaniKiPremKahani releasing in cinemas near you on 28th April, 2023!"

The team announced Rocky Aur Rani Ki Prem Kahani's talkie wrap in August this year. The film was scheduled to hit the silver screen on February 10, 2023. However, due to Alia's pregnancy, it got postponed as a song is yet to be shot with the actress who gave birth to a baby girl on November 6.

Confirming the delay in Rocky Aur Rani Ki Prem Kahani's release, Karan told a portal in July, "Yes, it is true we are delayed. I still have a song to shoot. We were meant to shoot it this month. But there were location issues in Europe. Now Alia won’t be able to shoot until February 2023. We will shoot the song after her delivery now."