Ashwiny Iyer Tiwari was giving interviews for Panga. Talking confidently, dressed in black ethnic wear, sipping coffee. Absolutely tension-free. Despite the big challenge at the box-office from the Varun Dhawan-Shraddha Kapoor starrer Street Dancer 3D. “Both films should do well,” Ashwiny said breezily. “This isn’t just my life story but a story for every mother out there,” the filmmaker who last directed the hugely popular Bareilly Ki Barfi in 2017, told PeepingMoon.com about Panga while on a coffee break. Panga, her sports drama, stars Kangana Ranaut, Jassie Gill, Richa Chadha and Neena Gupta. But it is Kangana, her lead actress, who Ashwiny wants to talk about. Aside from how she would not like to make a masala film (instead of the deep-rooted ones she is famous for) but direct a thriller someday.

There’s a Jaya (Kangana’s character) in every household. It’s not about being motivated to make a film like this. I am always excited about strong insights. It has taken me a year to make this whole thing. I felt that Panga’s story was important in today’s time and environment because with changing times, we filmmakers must also talk about issues. Actually I will not call it an issue, but it’s talking about things that make a difference to our society in a more entertaining way. That’s how Panga happened. Is Kangana Ranaut a director’s actress?

She is my actress and she will be my actress a thousand, million times. I really adore and respect her as an actress and I think she respects me as a director.

But she’s called a tantrum queen. You saw that side of her?

Not at all. I feel if there are two strong people like Kangana and me then we will have due respect for each and also have trust. She knows that the kind of people Nitesh (Tiwari) and I are and the kind of work we have done in the past. We are not going to lose her trust ever. We will also be the ones who will stand by her if we need to do that and Kangana knows that. We are also very prepped and in that space, Kangana and I are similar. She also has a lot of clarity on her work and the same with me. Kabaddi is now a big sport in India. A Pro Kabaddi League has started. Did that motivate you to make a film based on the sport?

Coincidently and fortunately, Star Sports which is a part of the Fox Star Studios network organized the Pro Kabaddi League. They had a section for women. When Rucha, our creative producer, saw it she told me that we should make something on it. That’s when I got excited. Because it is also the oldest game in our country and we had so much more to say.

When you are making a film on a sport, people tend to get more critical and troll. Why do you think that happens?

People take two minutes to troll but it took me nine months to make this film. So whoever doesn’t like it, it’s their problem. I feel like I have done my best and also done justice to the film. Nitesh directed a sports film – Dangal, and now you’re doing one. Did he share any tips with you?

But he has worked on the film’s additional dialogues!

Yes, he has done the additional dialogues and that is because I asked him. And he didn’t want his name because he knew people would say he is the one who has done everything and I have done nothing. But as a professional I said no and we gave him credit.

Has he seen the film yet?

No, but he found the trailer very good. 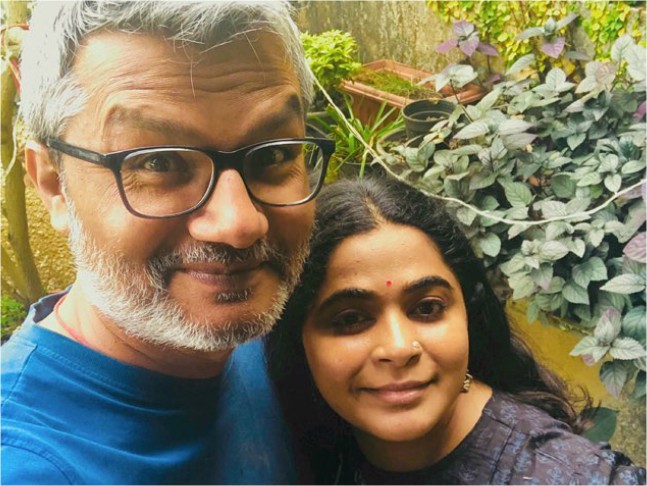 How do you measure the success of your films? Is it the box office collection, critic reviews or personal satisfaction?

I think everything is a byproduct. If you have personal satisfaction and you know you have made a good film then the audience will like it. Box-office is something you cannot predict. I feel if my audience has liked the film and enjoyed it, then that will make me happy and if that happens then box office numbers will anyway show.

From Nil Battey Sannata to Panga, all your films have been deep-rooted. Will we be seeing you directing a masala entertainer anytime soon?

Panga is clashing with Street Dancer 3D. Another women centric film Chhapaak earlier clashed with the big-budget Tanhaji and it suffered. So is there a sense of déjà vu?

Every film is different and every film has its own journey. I am no one to judge how other films function and what happened. Everyone puts in equal hard work and everyone expects their film to work so it’s not right for me to comment on that. Panga’s journey and destiny will be created by its own self. We cannot compare it with any other film. We will just have to wait and see what happens. Everyone is making films from their heart. The media should not be judging what’s going to happen. Both films should be equally successful in their own ways.