PeepingMoon Exclusive: Salman Khan’s 'Tiger 3' to go on the floors next February without Ali Abbas Zafar?

Salman Khan is coming back with the third installment of the Tiger franchise sooner than you expected. PeepingMoon.com has learned that the Bhai Jaan, who is preparing for the release of his actioner Radhe: Your Most Wanted Bhai this Eid, will start shooting for Yash Raj Films’ much-anticipated Tiger 3 right after his Kabhi Eid Kabhi Diwali next year.

The superstar was earlier supposed to do Kick 2 after the Farhad Samji directorial. But that has again been postponed due to no script being in place. Making way for Ek Tha Tiger’s second sequel. According to sources, Aditya Chopra has locked the basic plot and is currently developing the script that takes the franchise forward exactly from the point Tiger Zinda Hai ended.

The third installment is said to be the last of the series and will be filmed on an even more bigger scale than the previous parts. Katrina Kaif, who plays ISI agent Zoya in the series, is expected to be back again to join hands with Tiger on a new deadly mission.

However, Ali Abbas Zafar who helmed Tiger Zinda Hai will not be directing this episode. Sources claim that Ali decided to opt out of Tiger 3 as he would be busy with his recently announced Mr. India trilogy from November. The makers are now on the hunt for a director. YRF is believed to be in talks with Kabir Khan who directed the first Tiger film to end the series on a high note. Kabir hasn’t given his nod as things stand today but is likely to come on board. 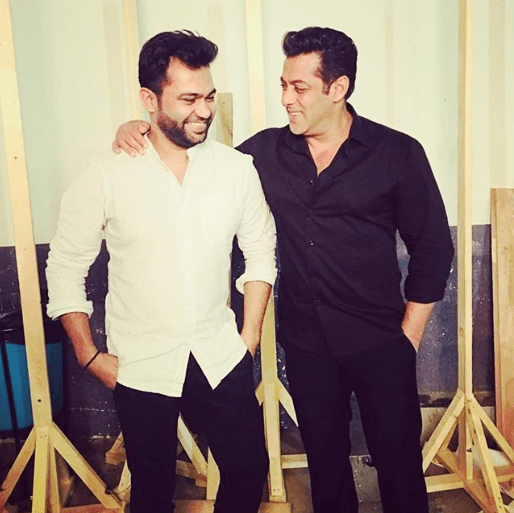 YRF plans to roll the film from February next year and release it during Christmas weekend 2021. Salman is believed to have already given his dates and is excited to explore his much-loved character once more. The actor who is shooting the last schedule of Prabhu Deva’s Radhe: Your Most Wanted Bhai will shift to Abhiraj Minawala’s Mulshi Pattern remake where he plays an honest, upright, no-nonsense Sikh cop on a mission against Aayush Sharma’s dreaded Jat gangster. Salman is believed to be playing an extended cameo and will shoot for only 25-30 days. His Eid 2021 offering Kabhi Eid Kabhi Diwali where he plays a happy-go-lucky character will go on floors by August-end or early September.

PeepingMoon Exclusive: Akshay Kumar to announce a new film on the occa

PeepingMoon Exclusive: Nawazuddin Siddiqui to romance Neha Sharma in his next romantic-comedy

Exclusive: Felt like a father whose child wasn't included in the school play - 'Lootcase' director Rajesh Krishnan on Kunal Kemmu not being invited for Disney+Hotstar's press con

Glamorous, classy and voguish! 10 times birthday girl Kiara Advani's OOTDs made us 'Guilty' of not owning her wardrobe

Lipstick Day 2020: Confident reds to intriguing plums and quirky tangy, here’s what a lipstick shade tells about your personality!

Speaking volumes with his eyes, Akshay Kumar is the 'agent of change' on Femina’s Men’s Special Issue

On her 51st birthday, 10 fiery on-stage looks of Jennifer Lopez that will make you sing 'I'm Into You'