Ram Madhvani was among the first Indian filmmakers to be signed up by Amazon Prime in 2016. The director, who delivered the critically-acclaimed Sonam Kapoor starrer Neerja the same year, was roped in to develop a mythological series for the streaming giant. Three-and-half-years later, PeepingMoon.com has learned that Amazon Prime has called off the project that was touted to be India’s version of the Hollywood TV series Game of Thrones.

Madhvani was signed to direct a fictional, mythological series titled Bodhidharma: Master of Shaolin which traced the story of a warrior prince in the 6th century who became the founder of martial arts and the Shaolin Temple in China. It was meant to be a 10-episode, visually-spectacular series consisting of 45 minutes to one hour long episodes.

“Madhvani teamed up with lyricist-writer Prasoon Joshi to create this dramatic, gut-wrenching, adventure fiction tale. They were supposed to start production by 2017-end. But it was pushed after Prasoon couldn’t deliver the script due to his busy schedule as CBFC chief. Amazon Prime bosses decided to completely drop the series after the team failed to roll it even after three years,” a source close to the project told us. The cancellation of this big show has apparently led to a falling out between Madhvani and Prasoon. 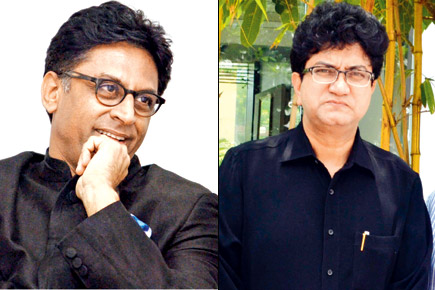 Recommended  Read: Exclusive: Abhishek Chaubey's 'Dus Assi' is on; Talks about the sale of rape videos

“Madhvani had received a considerable advance and he had already spent that on the casting and an international recce. But he had to return that money to the streaming giant after the project didn’t work out. Madhvani and Prasoon are said to be not speaking anymore,” the source said, adding that Amazon Prime didn’t take any action against the writer because of his powerful position and closeness to the current government. Madhvani has now moved to directing a Hotstar Special series titled Aarya. Sushmita Sen is said to be starring in this Rajasthan-based show that’s expected to be out in a couple of months.