Advertisement
HomeBOLLYWOODEXCLUSIVEExclusive: Women don't have to be perfect to please others, says Kirti Kulhari on 'Four More Shots Please 2' proving that flaws are beautiful

Exclusive: Women don't have to be perfect to please others, says Kirti Kulhari on 'Four More Shots Please 2' proving that flaws are beautiful

As Four More Shots Please 2 releases on Amazon Prime Originals this Friday, in an exclusive interaction with PeepingMoon, Kirti emphasized on the fact that nobody should be judged on the basis of perfection and expressed happiness for being a part of the show that flags off 'change'.

Can we say Four More Shots Please! celebrate 'flawed women'? Are we stressing too much on 'perfection', that too solely in women?

We are not talking about perfection at all. Four More Shots Please 2 is trying to say is that we are perfect with our flaws. We don’t have to be perfect for somebody for the way they think. With our short-comings and weaknesses, we are perfect. Secondly, the show is about four women, so we can only talk about flawed women. There are many shows on flawed men and the ones in our show aren’t perfect. All we are trying to say is whether you are a female or male, we all are flawed. Nobody should be judged as we all are in the same boat. In Four More Shots Please 2, we are showcasing our mistakes. Each episode shows the characters making some errors. Despite that, they are still perfect. One of the key messages we are trying to give through the show is that whoever you are, however flawed you are, you are amazing. One should learn to love themself before others.

How different will be your character from the one in the first season?

My character primarily the same but what changes is her journey. In the first season, one saw Anjana sail through adverse situations with certain characters coming in her way. In the second part, you will see her embark on another journey that includes meeting new people, dealing with diverse circumstances and what she becomes at the end of the season. There will be more focus on my professional life. 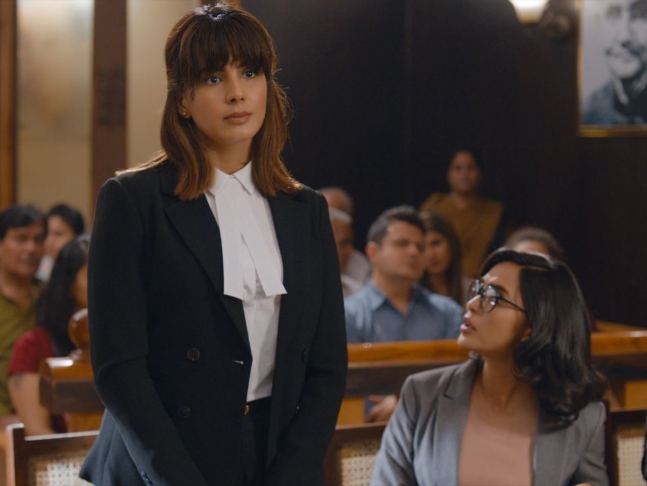 Four More Shots Please 2 is releasing at a time when the Coronavirus scare has confined everyone to their homes. Are you expecting the response to be better than the previous season?

Things haven’t been going the way we all expected. We are never thought that circumstances would be such that people will be forced to stay indoors. We planned promotions but nothing went as per the schedule. We don’t know what to expect and we are going with the flow. Let’s see how people respond to it. The show is well-made and I am sure the audience will enjoy it.

The series is led by four strong-headed females. Is that what attracted you to sign it?

Very much. That’s one of the reasons I signed it. It is a very bold show and I felt that we in India needed a show like this. I couldn’t be happier to be a part of the show and leading the whole change. 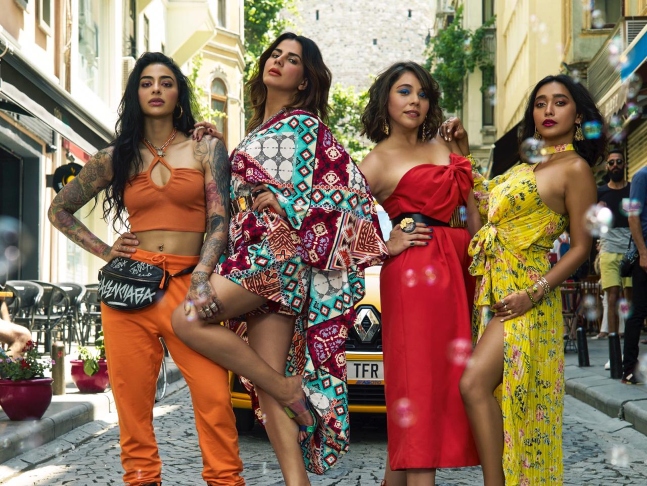 Four More Shots Please draws inspiration from the iconic Sex And The City. Do you believe the Indian audience is more comfortable with bold shows currently?

I don’t know if they are ready or not. They can take it or leave it. They can either change and accept women being women, in different ways or different forms. The audience can either grow or remain in the bubble and never ever mature and grow.

You play the role of Anjana, a successful lawyer with a troubled personal life. How much do you resonate with your character?

A part of me resonated and for the other, I had to find Anjana in me. I related to her on a basic level and that’s why I wanted to do this particular character. When you start working on characters, you find elements that are present in you already. Then you stop finding things that are not in you.

Did shooting with four actresses for two seasons simultaneously cement your friendship?

Yes, it has. I won’t say we’ve been all hunky-dory throughout. We have all had our days where we were arguing about things and times when we loved each other. We have had our shares of ups and downs. We stand stronger than ever. 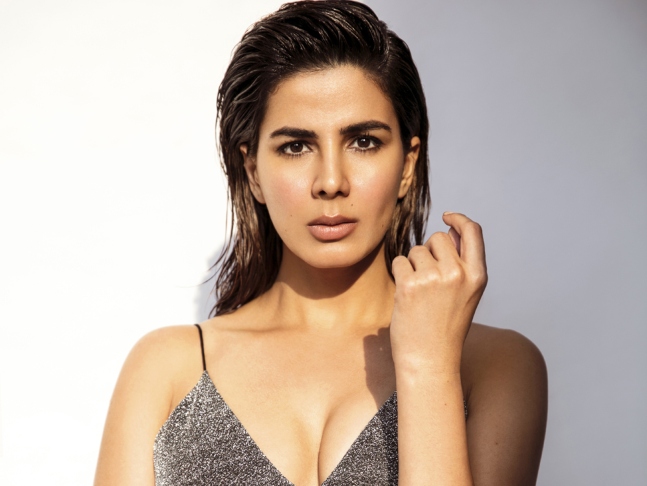 After the success of Uri, Mission Mangal and Bard Of Blood, what’s next for you?

I will be starring in the Hindi remake of The Girl On The Train with Parineeti Chopra and Aditi Rao Hydari. I have a short film called Charu along with another independent film that will be released on an OTT platform. I have another series that I am working on. It will be out by September-October.

Four More Shots Please 2 is created by Rangita Pritish Nandy and produced by Pritish Nandy Communications Ltd. It is directed by Nupur Asthana. The show will stream from April 17 onwards on Amazon Prime Originals.

PeepingMoon Exclusive: 'I have spoken enough regarding Navya Naveli Na

PeepingMoon Exclusive: To all those criticising Toofaan, all I want to say is, 'Get Well Soon'- Mrunal Thakur on film being accused of promoting 'love jihad'