Bollywood filmmakers have always taken inspiration from the lives of army officials and soldiers. However, with biopics being the flavor of the season, the number of films revolving around these war heroes has increased fourfold in the last couple of years. After films being made on Arun Khetarpal, Vijay Karnik, Field Marshal Sam Manekshaw among others, Peepingmoon.com has learned that a biopic on Brigadier Mohammad Usman is also in development.

Sources have revealed that filmmaker Sanjay Khan will produce and direct this biopic on Mohammad Usman who was the highest-ranking officer of the Indian Army killed in the Indo-Pak war of 1947-48. Khan who has previously directed films like Chandi Sona (1977), Abdullah (1980), Kala Dhanda Goray Log (1986), and the big-budget historical Television series, The Sword of Tipu Sultan, has apparently been writing the film for the past two years and recently locked the final draft. 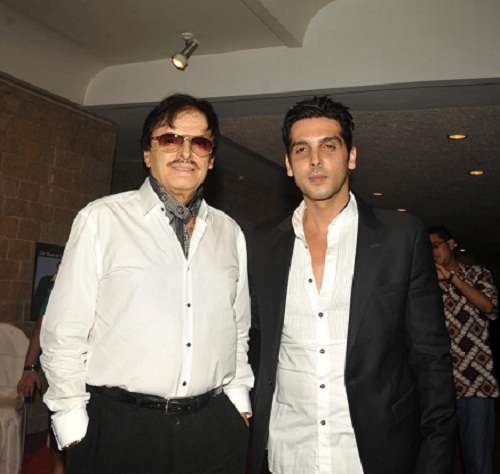 The yet-untitled project will star his son Zayed Khan who has been missing from films since his last stint in a small-budget slice-of-life drama, Sharafat Gayi Tel Lene five years back. Popularly known for his films like Main Hoon Na, Dus, Blue, and Tezz, Zayed is believed to begin his new inning with this action-packed, inspirational tale of a martyr. The project is expected to roll by the year-end or early 2021.

Brigadier Mohammad Usman is recognized as one of the greatest soldiers Indian has ever produced. It's said that during the partition of India, he was under intense pressure from the Pakistani leadership to join their army but surprising all he declined the offer despite being promised a future position as the Pakistani Army Chief. Nicknamed as 'Lion of Nowshera', he was killed 12 days short of his 36th birthday in July 1948 while fighting Pakistani soldiers and militia in Jammu and Kashmir. The then Prime Minister Jawaharlal Nehru and his cabinet colleagues attended his funeral to lay down his life on the battlefield. Usman was later awarded the Maha Vir Chakra for his inspiring leadership and great courage.