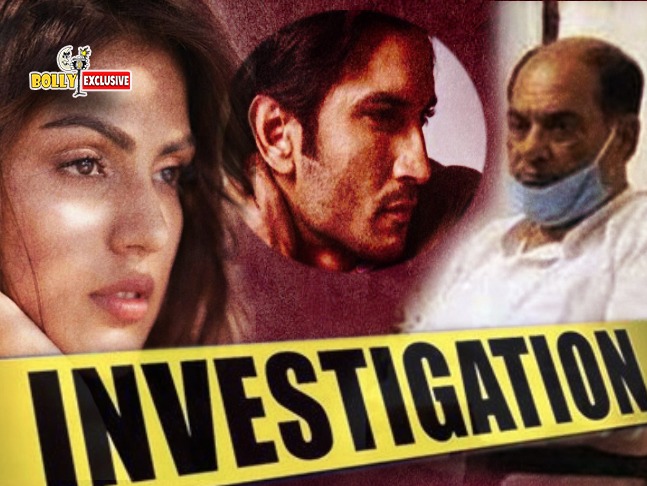 The Sushant Singh suicide investigation has been turned on its head by a shocking FIR filed at Patna’s Rajiv Nagar Police Station by the late actor’s father in which he expressed a lack of confidence in the Mumbai Police’s probe and made serious allegations against Rhea Chakraborty – Sushant’s girlfriend.

K. K. Singh’s complaint, filed under IPC Sections 341, 342, 380, 406, 420 and 306, accuses Rhea of conspiracy and abetment of suicide. Singh Sr. further alleged that Rs 17 crores is missing from Sushant’s account and blames Rhea, her father, mother and brother and a friend for this financial discrepancy. 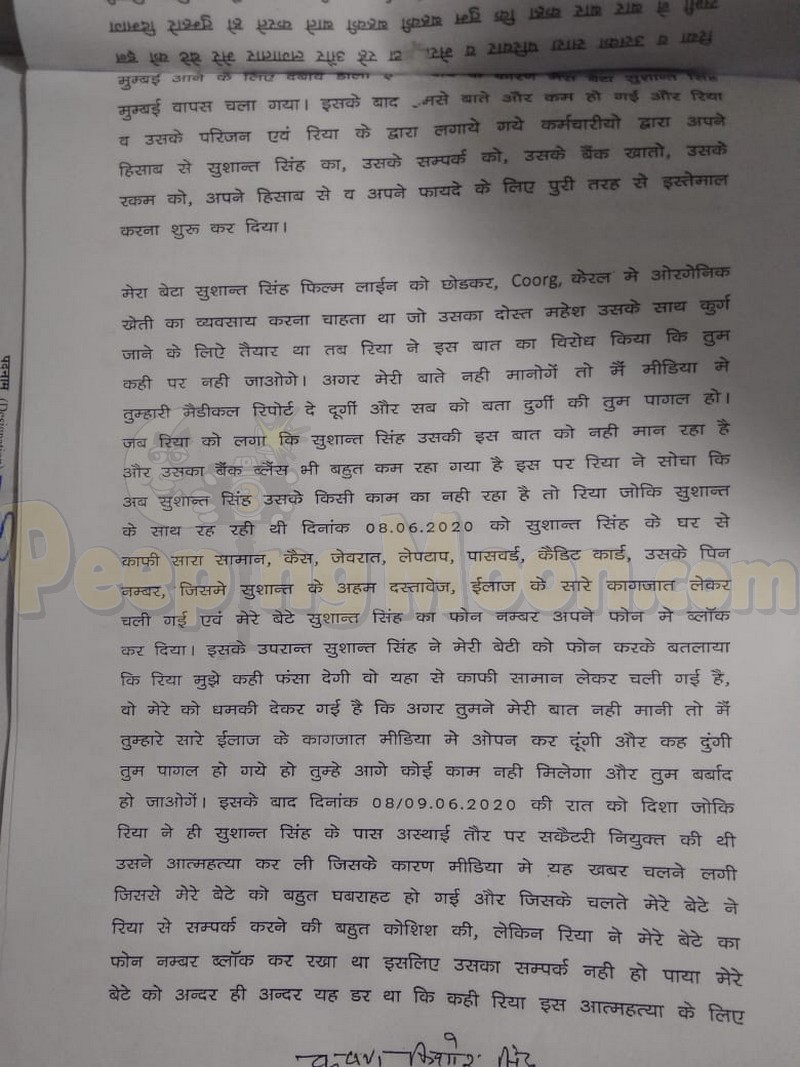 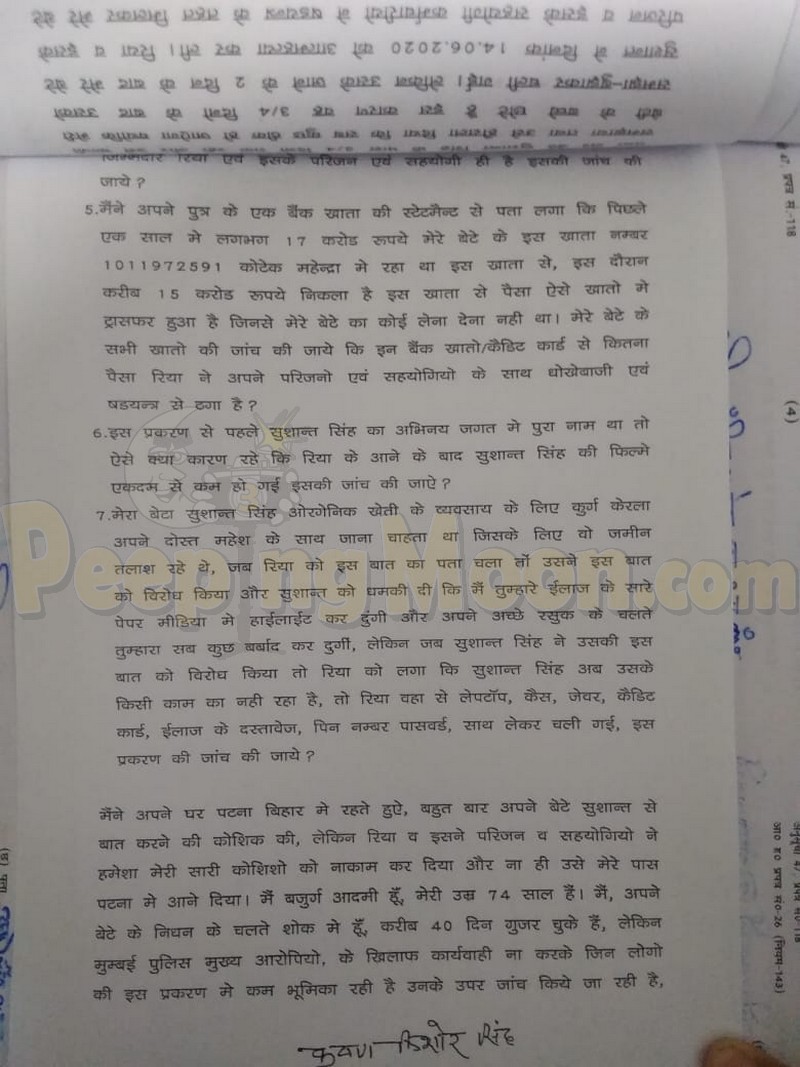 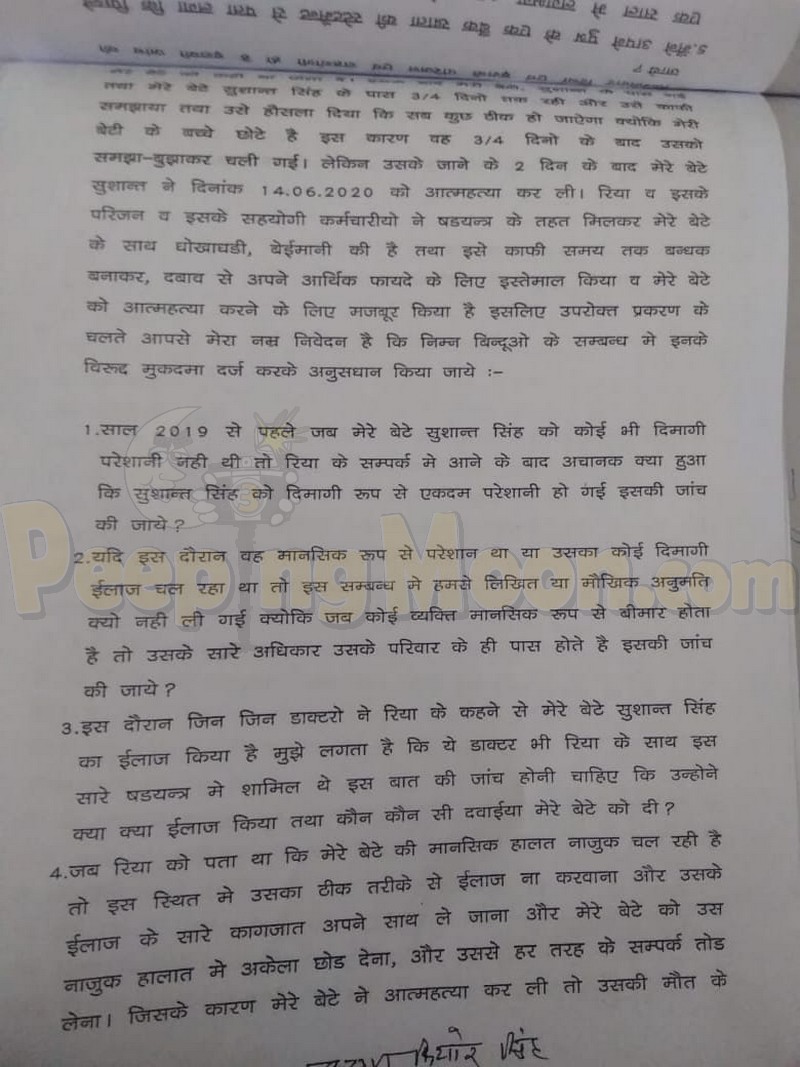 Copy of FIR filed by K.K. Singh in Patna

Recommended Read: Does my silence give the right to tell I'll be raped or murdered: Rhea Chakraborty on receiving threats on social media post Sushant Singh Rajput's suicide

As per Singh Sr., Rhea’s father who is a doctor was monitoring Sushant’s health in the past few months and never disclosed what medicines were being given to the actor. The Patna resident alleged that the Chakrabortys succeeded in distancing Sushant from his family.

Singh Sr. reportedly met Bihar Chief Minister Nitish Kumar and impressed upon him the necessity of having a parallel and independent investigation conducted into his son’s death. And IG level officer of the Patna Police has been appointed to now overlook Sushant’s case.

A team of four Patna policemen, including two inspectors and two sub-inspectors,   will meet their Mumbai counterparts and take all documentation related to the actor being used in his death probe.