Ashvini Yardi is no new name in the vast television and film industry. A boss woman who is bringing to fore unconventional tales of courage, bravery, freedom and most importantly celebrating womanhood. After a two decade long career in television, Ashvini is now backing some content-driven films laced with nothing but pure entertainment. One of her recent successful show is Netflix's series titled Masaba Masaba. The six-part series based on the life and journey of Masaba Gupta and Neena Gupta is widely appreciated, with secind season in tow.

As Masaba Masaba is still continuing to win hearts and acclaim, creator and producer Ashvini told PeepingMoon.com in an exclusive interview that she is totally enjoying the positive feedbacks. Mentioning that she is putting to lockdown to her use by going through all messages and attending calls for the show, Ashvini said the pandemic has yet not permitted the team to come together and celebrate the success.

The amount of appreciation Masaba Masaba is receiving is unbelievable. Why is the show successful?

While looking at the concept, I thought Masaba's life was very interesting, especially the way she portrayed it. She was happy to flaunt her flaws, admit making mistakes. Both Masaba and Neena Gupta are like that. We've shown that across. We haven’t painted a picture saying that everything is rosy and good because its Masaba, a celebrity. We dropped the wall that the celebrities normally have between the world and their personal life. It became a new thing because celebrities are public figures. So the line was erased and it was very fresh for people. Also if it was all about a celebrity's life then most people wouldn’t have been able to relate. What I feel worked is how these two ladies, however public their lives are, they were still like you and me. I expected the core audience of Masaba Masaba would belong to the age bracket of 15-34. But with Neenaji's track and the mother-daughter relationship angle and the identification, 60+ women and men also enjoyed the show equally.

Is Masaba Masaba the need of the hour?

Yes, because I feel we have a lot of taboo for women. It isn’t just in our society but across the world. We live in a sort of guilt. If you are a teenager, the male counterpart, who is also of the same age, is very different. When I had a baby and was heading a channel, I would feel guilty on both ends. At work, I would feel I’m not paying enough attention to my baby and vice-versa. I used to live in this guilt. We, women, make it difficult for ourselves. I felt Masaba Masaba has a liberating effect. 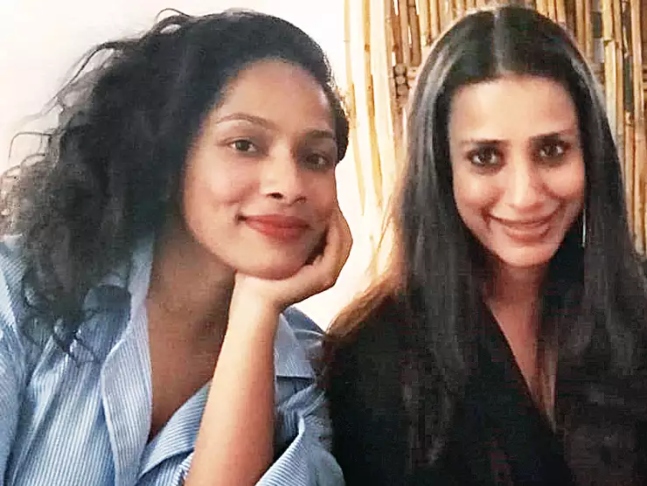 Why a series on a young Masaba Gupta and not veteran Neena Gupta?

Masaba Masaba was conceived more than two years ago. I wanted to keep things very young because I am the mother of a teenage son. The youth's mindset is very different, so are issues that crop up. I wanted to make it from Masaba’s point of view but show how it impacts the other generation too. So Masaba Masaba was a mix. Though it is called Masaba Masaba, it equally shows the graphs of both the women.

Is the title Masaba Masaba inspired by your TV show Kareena Kareena?

To be honest yes. I loved the title but in Masaba Masaba’s case, I came up with it because I felt celebrities have two lives. One is what they want you to see and the other is what they are actually doing. The two lives that they play is why Masaba Masaba.

Does Masaba Masaba have the potential to go global?

It does, because Netflix is a large platform. Secondly, the issues highlighted in the series are across the globe. Women in the US, the UK might be slightly more forward than us but more or less the issues are the same. There is inequality, there is guilt in the minds of working mothers. 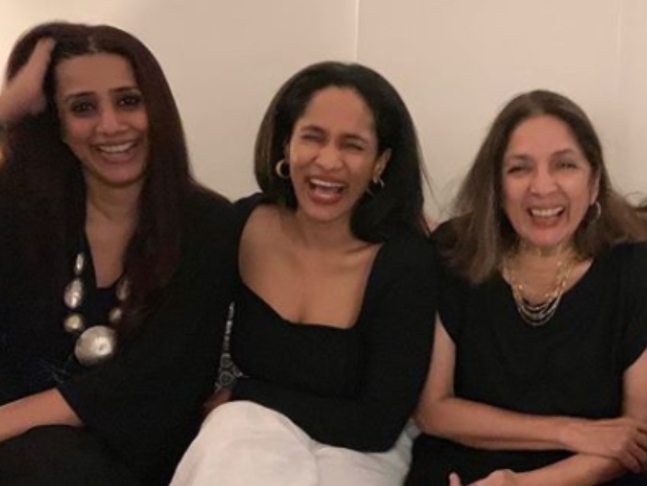 Did Masaba Gupta surprise you with her acting side?

She was confident from day one but honestly, I wasn’t because we’ve never seen her act. I thought even if she is 40%-50% there, I was okay with it because she is playing herself. I was pleasantly surprised and super happy about her performance. I was wanted 40-50%, she has given 100%.

What motivated you to back shows like Balika Vadhu, Laado, etc.?

My strength lies in telling women stories. For me to put out a story, I need to believe in either the character or subject. I remember when I was working on Ghar Ki Lakshmi Betiyann, my husband yelled at me saying, 'What’s wrong with you, gender discrimination doesn’t happen in the world anymore. How can you show this?' I had just delivered a child at a South Bombay hospital where I read 'sex-determination tests don’t happen here'. When it doesn’t exist, why would a sign be put up? Even when I was making Balika Vadhu, my colleagues said, 'She has gone mad. Who is going to watch the show?' But the fact is, each story is told differently according to your audience. In Balika Vadhu, there were three different generations, so everyone could identify. So even though child marriage happens in very few places, people were watching it because of the emotional connection. 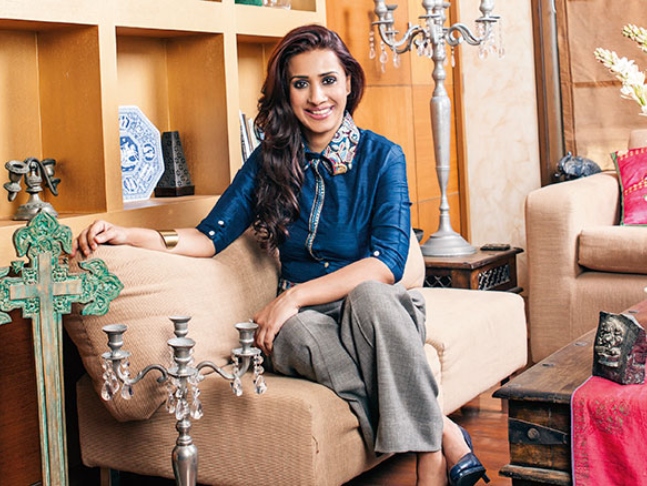 After nearly two decades in television, what prompted you to venture into film production?

I was in TV for more than 20 years. I felt I need to keep challenging myself because Colors was so successful. With shows going on and on for years, I began feeling stagnated. I wanted to try my hand at something new. I wouldn’t have considered a career in films had I not seen OMG – Oh My God’s script.

If a sequel is sanctioned, is there any change to give it the title Neena Neena?

No, we would continue with Masaba whenever we start working on the sequel.