Shah Rukh Khan might have taken a break from his acting assignments but he's not out of work as a producer. The superstar is believed to be developing a solid lineup of projects for the next year for his Red Chillies Entertainment banner. He has already announced the Kahaani spin-off, Bob Biswas with Abhishek Bachchan, and has also roped in Arjun Kapoor for a thriller based on the Muzzafarnagar shelter home case. Now, Peepingmoon.com has learned that SRK has locked a women-centric comic drama that will star Alia Bhatt in the lead.

Industry sources have revealed that Alia has signed the film, tentatively titled as Darlings. The project is said to be a dark comedy that revolves around a South Mumbai mother-daughter duo who kidnaps the later's abusive husband. However, things turn upside down when he goes missing. Gully Boy breakthrough star Vijay Varma has been brought on board to play Alia's husband while the actress for the mother's part is yet to be locked. Varma who's been having a great 2020 with multiple releases like Baaghi 3, She, Bamfaad, and Yaara among others will be seen playing a grey character in this film. 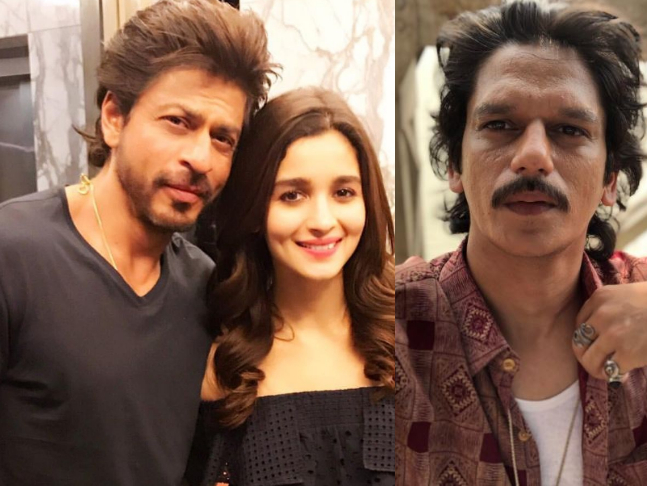 Jasmeet K Reen who's written screenplays for films like Force 2 (2016) and Pati, Patni Aur Woh (2019) will make her directorial debut with it. She is finally set to call the shots with this Shah Rukh production after her biopic on the noted poet and lyricist Sahir Ludhianvi that she was trying to make for Sanjay Leela Bhansali's banner for the last couple of years was indefinitely put in cold storage. Jasmeet is said to have started her preparation and will kick off the shooting in April 2021.

Darlings will be Alia's second Red Chillies film after Gauri Shinde's 2016 coming-of-age dramedy Dear Zindagi that also featured Shah Rukh in an extended cameo role of a free-spirited psychologist. The actress will shoot for this film after completing her current commitments that include the remaining shoots of Bhansali's Gangubai Kathiawadi, Ayan Mukerji's Brahmastra, and SS Rajamouli's multi-lingual period drama, RRR.

The Rising Stars of Bollywood: Want to play Karn in Mahabharat web ser