Advertisement
HomeBOLLYWOODEXCLUSIVEPeepingMoon Exclusive: Did Saif blame Amrita for the mess Sara Ali Khan is in? Is grandma Sharmila Tagore trying to save her granddaughter actress?

Saif Ali Khan, who just turned 50, is reported to be extremely distressed at the mess his daughter Sara Ali Khan has got herself into. Sara, along with Shraddha Kapoor and Rakul Preet Singh, finds her name in the Narcotics Control Bureau’s first list of suspects in the Bollywood-Drugs Mafia probe. She has been called for questioning on September 28. Sara returned from Goa with her mother Amrita Singh and brother Ibrahim last night.According to sources, Saif is said to have sharply reprimanded Amrita who was managing Sara’s career and held her solely responsible for the controversy their daughter is in today. It is believed that he said he cannot help Sara out of this grave situation. In the past, when Sara had problems while making Kedarnath, Saif used his goodwill and helped his daughter bag the lead role opposite Ranveer Singh in Rohit Shetty’s blockbuster Simmba in 2018. 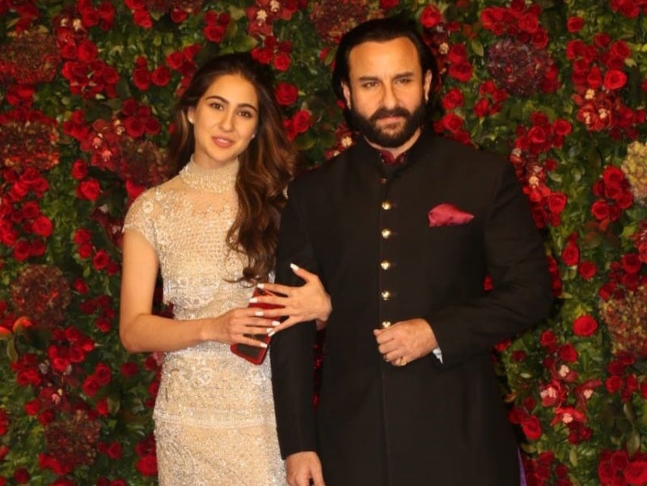 Recommended Read: Bollywood Drugs Case: Deepika Padukone to be questioned by NCB on Saturday; Sara Ali Khan- Shraddha Kapoor to be grilled on MondayAnd as if to distance himself from the murky goings-on in Mumbai, Saif and son Taimur have joined Kareena Kapoor Khan in Delhi where she is shooting for Lal Singh Chaddha. The family will shift to the family seat of Pataudi from there till the NCB probe dies down, it is believed. Meanwhile, unconfirmed sources say that family matriarch Sharmila Tagore, who was Chairperson of the Censor Board from 2004 to 2011, is reportedly trying to get her granddaughter out of this mess.