Little did anyone know that the simple and sweet love story of two starry-eyed characters Raj and Simran will make history. Shah Rukh Khan and Kajol, in Aditya Chopra’s directorial debut, Dilwale Dulhania Le Jayenge, enchanted critics and audience in such a way that 25 years later, the film is serving as an inspiration to writers and actors.

Apart from Shah Rukh and Kajol, the ensemble cast took up an equal responsibility to enhance Dilwale Dulhania Le Jayenge by bringing to life real-life Punjabi family on the big screen. Great cinematic escapism in the first half, the film took a fantastic turn post the interval with the introduction of different characters. One of them was Himani Shivpuri’s bua. Himani played the role of Kajol’s paternal aunt Kammo Kaur, who is on the lookout for an NRI suitor. Graceful, witty and a typical Punjabi middle-aged woman, Himani lived the character and owned it rightfully.

Dilwale Dulhania Le Jayenge is a classic, even after 25 years of release, it feels fresh. Did you expect this back then?

Not at all. This was my second big film and I had just entered the industry from the National School of Drama. I had just done Hum Aapke Hain Koun..! and a television show. When Aditya Chopra gave me a call for the role, I asked him to meet me on the sets of Hasratein. He came and narrated the whole story and around the interval, I fell in love with the film. He told that my role comes after the interval as the first half is primarily in Europe. Even while shooting, it was great fun. It was a huge star-cast and I was familiar with most of them. I had worked with Shah Rukh in Trimurti, Faridaji (Jalal) was great, Kajol was a mad hatter, Yashji (Chopra) would be present on the set. We would eat together.

Now, I have done over 200 films but people still come and mention the saree scene. I had gone for an event for a channel and the host enacted the scene in which my character meets Anupam’s character. We never imagined that it is going to be such a big hit that it will carry on in Maratha Mandir. Even now, in lockdown people watched it numerous times.

We had seen the film in the trial. Shah Rukh, one day, came to me and asked whether I saw the film in the auditorium. I said ‘no’. He told that the audience’s reaction to my scenes can’t be missed.

According to you, what worked in favour of Dilwale Dulhania Le Jayenge?

It was a beautiful story and had that traditional Indian values. In the film, though Kajol was ready to run with Shah Rukh, he wanted to go the right way. It has got Indian values and people saw Switzerland on the big-screen. Songs like Mehndi Laga Ke Rakhna were like the cherry on the cake. Every actor contributed. Shah Rukh and Kajol were magic. It was a lovely story. After that, there were so many films along the lines of Dilwale Dulhania Le Jayenge. 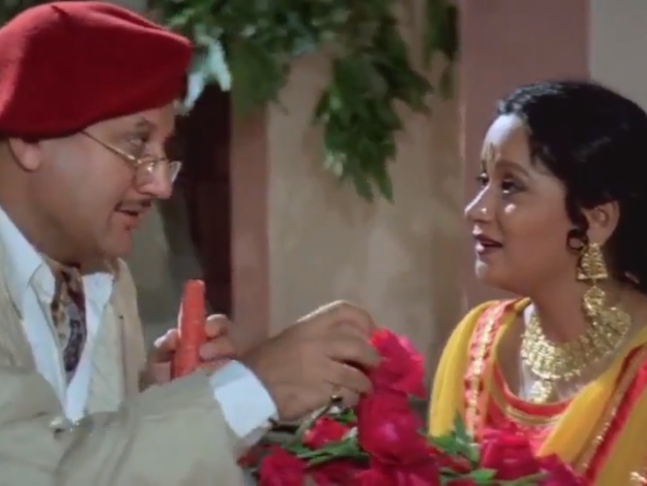 I just did my character, memorable toh voh ban gaya thanks to the script. The scenes with Shah Rukh and Anupam was fantastic. We were a loud Punjabi family. Even after 25 years, people still remember the scenes and talk to me about it.

Any anecdotes that many aren’t aware of?

If you remember, I am the only actor who isn’t there during the climax. During the filming of Dilwale Dulhania Le Jayenge, my husband passed away. I was busy with the rituals post his demise and had to travel to Dehradun so that my son could perform the last rites. Yash Raj Films team were so kind that they didn’t even ask me to come.

Another interesting thing is the song Baharon Phool Barsao was sung by Pamela Chopra (Late Yash Chopra’s wife). There are so many memories of Kajol. We all used to eat together. One day, Kajol wore ripped shorts. While having lunch, she got up and starting putting dahi in Aditya’s hair. She would run around, climb on the table. I remember Achala Sachdev’s shocked face and she would say, ‘haye ram hamare jamane mein heroines kitne adab se rehte the’. One day Dharmendra had visited the sets and Faridaji introduced me to him. He was so kind and courteous. For me, meeting Dharmendra was a big thing. 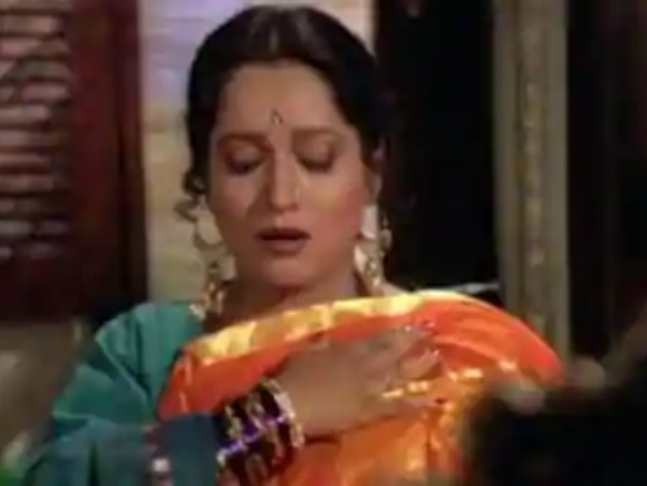 What are your thoughts on a remake with new actors?

In the current time, if Dilwale Dulhania Le Jayenge had to be made into a web show, will the idea work?

I have no idea whether it will work. The magic of Dilwale Dulhania Le Jayenge was for the big-screen. The film was very soft and sweet. Even when Shah Rukh and Kajol held hand, it was sweet but now, web series have gone beyond holding hands. I don’t know concept ko kaise twist karna padega. In some shows, I feel they zabardasti add explicit content as they have the freedom to do so. Even if it is a top-class show like Sacred Games, there are such scenes. If Dilwale Dulhania Le Jayenge gets a web twist, I feel they will make love on the train itself.

In the industry, everyone is busy. Once in a while, when you bump into someone, that’s when you meet them.

Any plans for a reunion?